i know i had nothing to do with it, but still, this is fantastic

when i checked the 2021 topps stadium club checklist a few days before the product was released, i was happy to see steve garvey's name. unfortunately, he was only included in the autograph portion of the checklist, but at least he made his first stadium club set. so even though he has never had a stadium club base card, we do now have this: 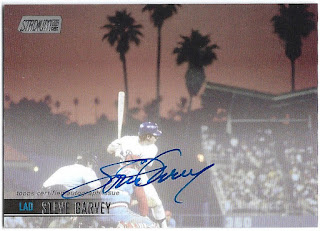 how fantastic is that?!  here's the back: 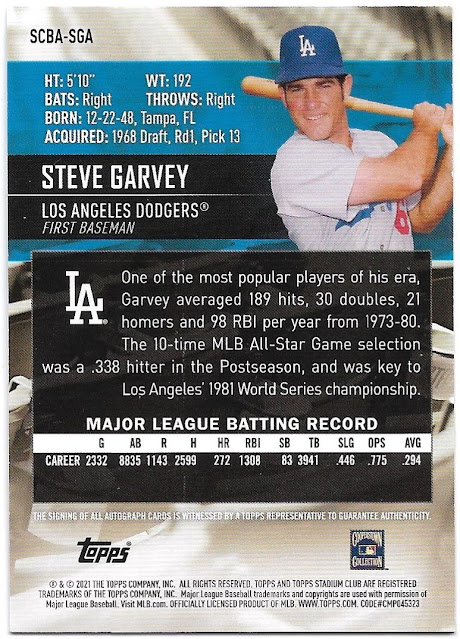 when i first saw an image of this card, i did a double take. you may recall that last year i created some 2020 topps stadium club cards that should have been, and one of them was a steve garvey card using this very image of the garv batting at dodger stadium with the cardinals' ted simmons behind the plate and the sunset coloring the sky. 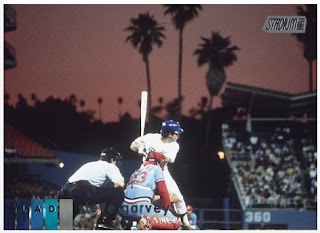 now, i know topps didn't see this and decide to make this card a year later. all i did was go to getty images which is what topps did as well. still, i am happy that they chose this photo!
of course, i picked up three of the base auto - one for the garvey collection, one for the team collection, and one for my dodger stadium collection. i only have one of the parallels, however. the red foil 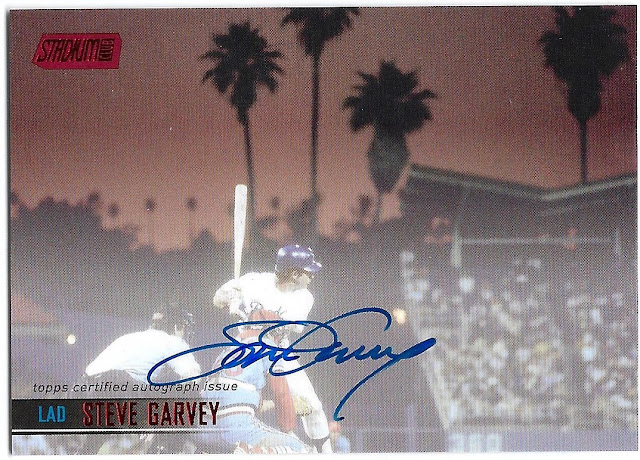 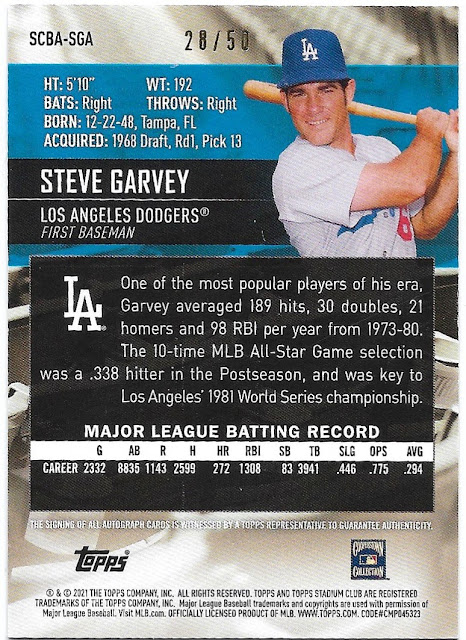 i am not planning to go crazy for the other parallels - the black foil /25 or rainbow foil /10 or orange foil /5 - but i will keep an eye out.
and, while i did not directly reach out to topps about a garvey stadium club card, i did email them about this card: 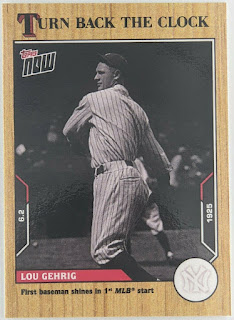 that's the 2021 topps now lou gehrig turn back the clock card that was issued on lou gehrig day - june 2. that day is the anniversary of his death, but it also is the anniversary of his first start during his consecutive game streak. now remember, gehrig's streak began on june 1, 1925 when he entered a game as a pinch-hitter. the next day, he famously replaced wally pipp in the starting lineup. topps, however, maintained that june 2, 1925 marked gehrig's first major league start: 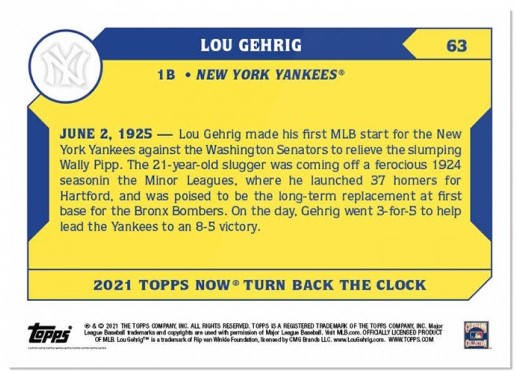 gehrig actually made his first big league start in 1923. he also had a few starts under his belt in the 1925 season before june 2 rolled around.  i emailed topps and mentioned that their text was wrong. a couple days later i received a reply saying they were forwarding the note to the proper folks. well, mission not accomplished, as the cards were printed with the same erroneous text: 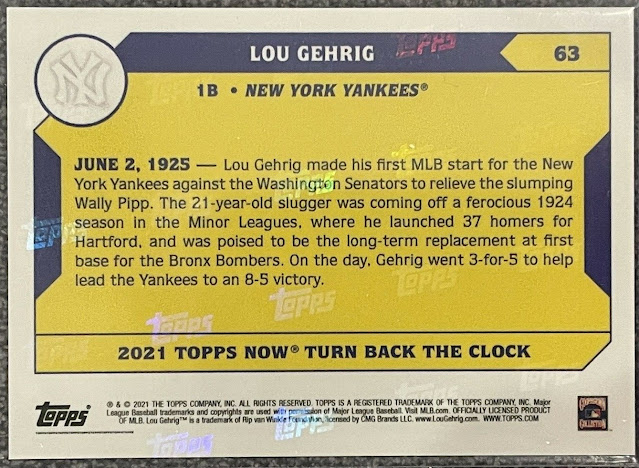 at least they noticed that they were missing a space in the fourth line. i don't understand where they even got this information in the first place. it's not like there is any controversy surrounding gehrig's playing record. as always, it seems like it's one step forward, two steps back for topps.
Posted by gcrl at 7:55 PM