sure, a topps now card of the dodgers celebrating a world series championship would have been great, but i was very happy to pick up the card documenting their advancement to the fall classic. 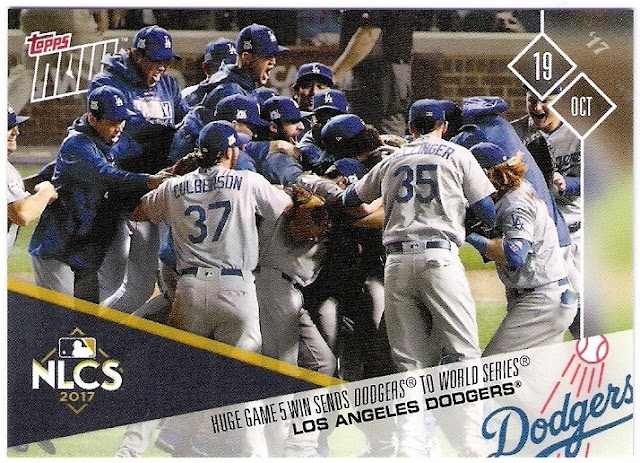 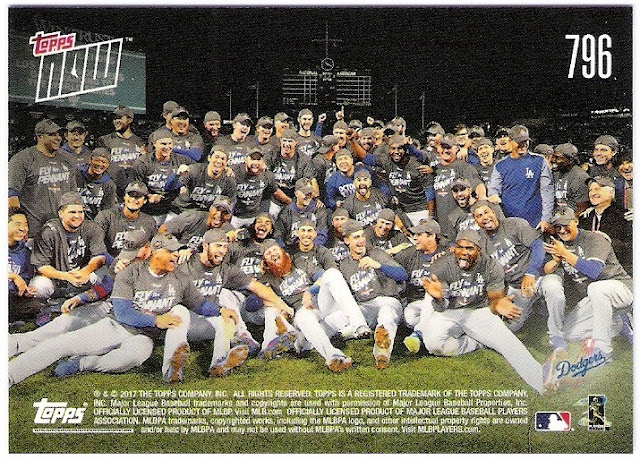 and then there was this card 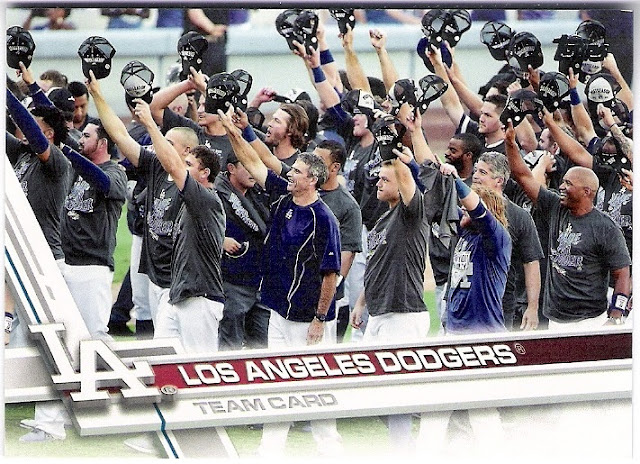 which featured a fantastic moment from the 2016 season when the dodgers saluted vin scully following his final home broadcast. it was an early leader for favorite card status, although its excellence was hindered somewhat by topps' inability to put scully on a card of his own.

still, i think my favorite card issued this past year is this one from topps update 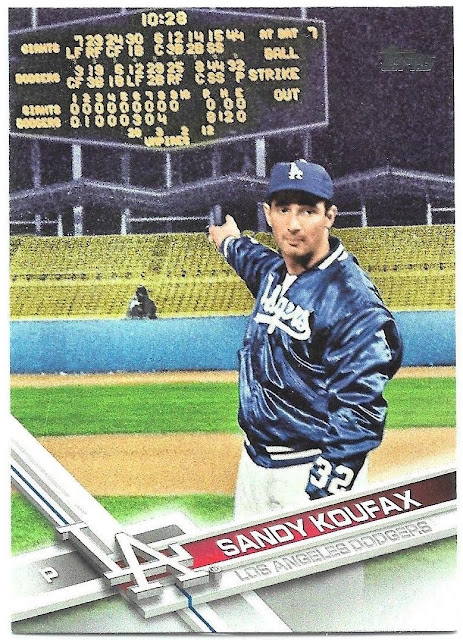 that's the sandy koufax legends short print.  yes, it's a colorized black and white photo, but it features dodger stadium and the old right field scoreboard showing the futility of the giants on may 11, 1963.  this was koufax's second no-hitter. koufax allowed two walks - one each to ed bailey and pinch-hitter willie mccovey.  koufax also induced a double play, so he only faced one batter over the minimum.  the guy who faced koufax four times? that would be harvey kuenn who would strike out two years later to end koufax's perfect game against the cubs.

for the record, steve garvey did have a few cards issued by topps this year (although only the tribute autos were not buybacks of some sorts).  he also had this card included in the expansive san diego padres trader jack sga, 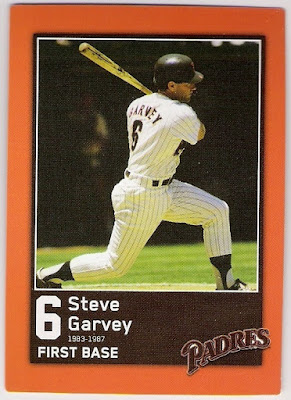 but i am not so blind in my devotion to garvey collecting that i would appreciate this card over an unexpected and fantastic koufax card.

thanks to p-town tom for hosting this contest again this year, and here's hoping that scully will make the 2018 topps first pitch insert set!
Posted by gcrl at 7:55 PM 11 comments:

thanks to matt from bob walk the plank for organizing the secret santa program again this year. i had fun picking out cards to send to my recipient - the daily dimwit - even if that meant looking for astros cards a few weeks after they beat the dodgers in the world series.  my secret santa was rob, who runs a few blogs (which i can appreciate) - 1988 topps, collecting 1982 topps, and statis pro 1984.

rob tied our collecting habits together by sending me copies of the infield's statis pro cards from the 1984 season. 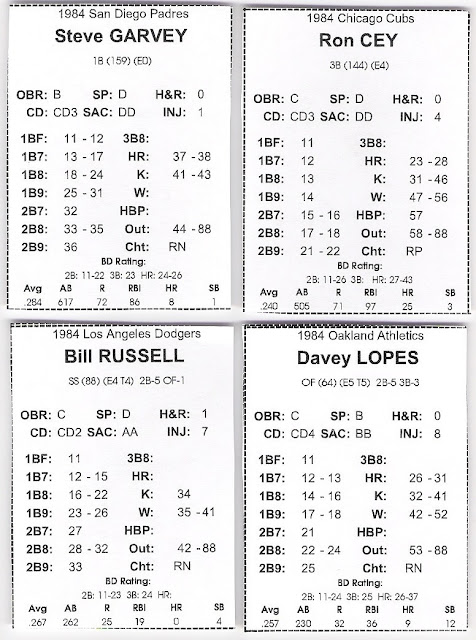 a quick look at these and the wikipedia site for statis pro tells me that steve garvey is not likely to miss many games (his consecutive game streak ended in 1983, otherwise i assume his "inj" rating would be 0), ron cey is the only one likely to be hit by a pitch, bill russell is the better bunter, and davey lopes is the better base stealer.  at closer inspection, i also see that the garv would never walk in this game.  this is very realistic, as garvey didn't walk much.  in fact, i think that his inability to take a walk (he took the free, non-intentional pass only 366 times in his career) is one of the things keeping him out of the hall of fame.  172 more walks instead of outs (lay off that slider down and away, please) would have netted him a .300 career average and boosted his obp to .348.  that's just 10 more walks per season, on average. in the end, as much as i want to see garvey in the hall (and i think he should be in), he just made too many outs for him to be a more obvious choice to the people who matter. we'll see if anything changes in three years when he is eligible for consideration by the modern committee again. 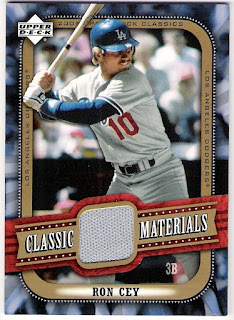 the duke of christmas present

though he was not my bob walk the plank secret santa, jon from a penny sleeve for your thoughts sent me a gift for christmas 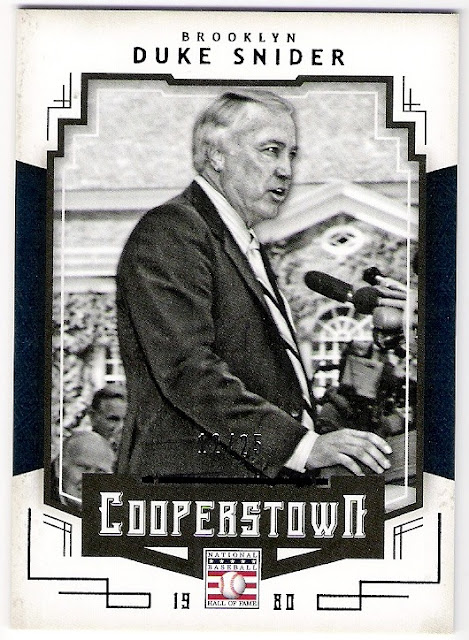 it is difficult to see, but that is the christmas card version of duke snider's 2015 panini hall of fame induction parallel.  #/25 makes it the blue parallel, which is fitting for this dodger icon.

thanks jon! i put a couple of cards from your want lists in the mail (sorry, no buybacks this time). thank you and merry christmas to all!
Posted by gcrl at 11:55 AM 1 comment: