thorzul at death stare cards recently hosted a group break of an insert collection he had obtained. by the time i saw the post, the dodgers were already claimed, so i went with the angels, hoping to find some cards for my vladimir guerrero collection while hoping against hope to see some shohei ohtani or mike trout cards mixed in as well.
it turned out that there were no ohtani cards in the lot, but i did find some keepers, one of which featured the aforementioned trout: 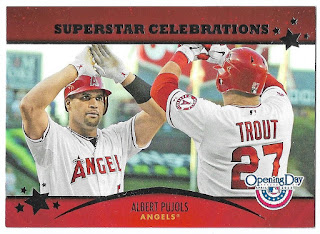 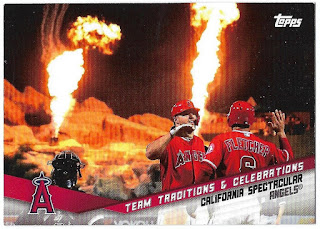 fire and (brim)stone seems to support the angels of death title i gave this post.
as for vladdy sr, there were a couple cards i needed - from 2010 topps and 2009 topps ticket to stardom: 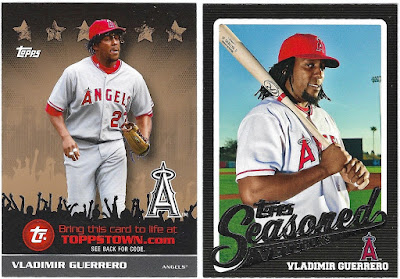 among the fifty or so other cards, there was this 2011 topps reggie jackson 60 years of topps insert celebrating the franchise's single season home run leaders: 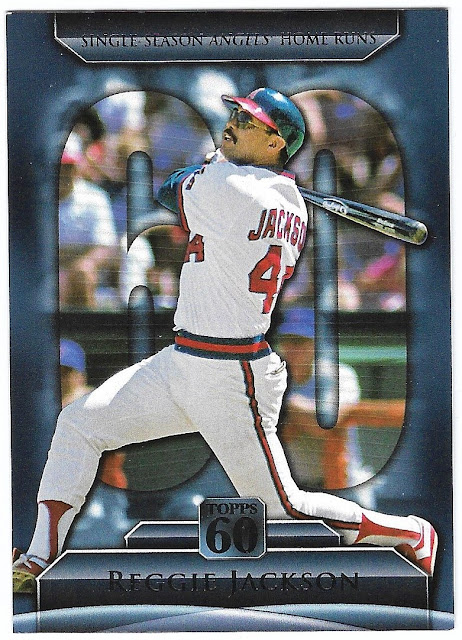 as you can see on the back, reggie took over the title in 1982 after leon wagner had claimed it in 1962. 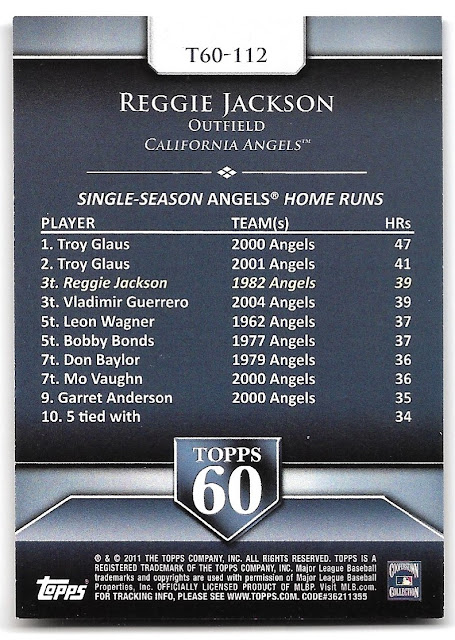 nice to see names like don baylor and bobby bonds there. i believe that troy glaus still holds the record, but a couple of guys named pujols, trout, and ohtani would be listed on the back today.
thanks thorzul for another fun break!
Posted by gcrl at 7:55 PM