awkward on the flight deck

36 years ago tomorrow, i met gene kranz. sort of. 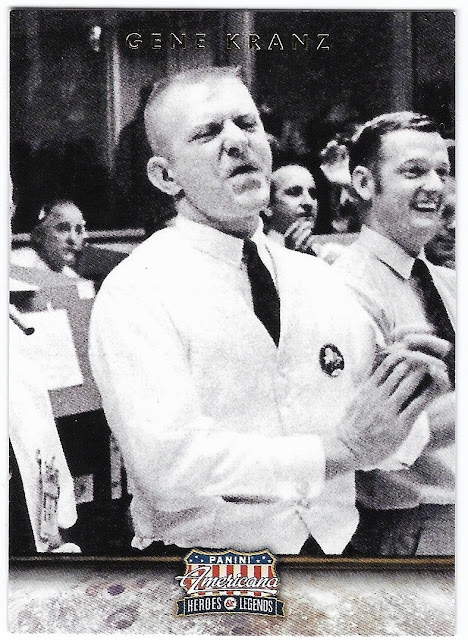 that's him on a 2012 panini americana heroes & legends card that is in my "meaningful and just because" mini-collection. just as night owl collects cards of people he has interviewed over the years, i have a few cards of folks with whom i've had a meaningful and/or memorable interaction. kranz falls in to the latter category.
some friends and i went to see the angels play the blue jays on july 4, 1995 at anaheim stadium. there were fireworks scheduled after the game, and before the game, kranz (who was portrayed by ed harris in the 1995 movie "apollo 13") was on the field and gave a speech. in his speech he talked about his work at nasa and on apollo 13 and other missions (including apollo 11 - the first moon landing), but also about everyday people in other professions who were also heroes in his eyes. his speech resonated with me, and so as we were filing out to a different part of the ballpark to see the firework show following the conclusion of the game, i stopped by his row to say hello.
i called out to him and he turned to me. i stuck out my hand and he did as well. as we shook hands, i realized i had no idea what to say to him. so, i just nodded and went on my way. i wasn't star struck or anything, but i hadn't thought about what i wanted to say and didn't want to linger and make it more awkward. saying "thank you" would have been appropriate, or congratulating him on his work with nasa or even just acknowledging his speech would have made sense. still, i like to think that he knew that i was appreciative of all of that.
i've been working on documenting games like this that i've attended, so here is my ticket stub from that day 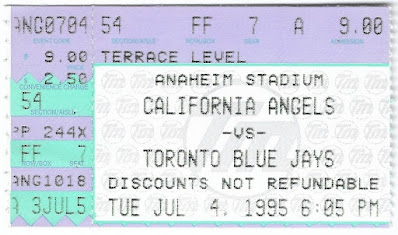 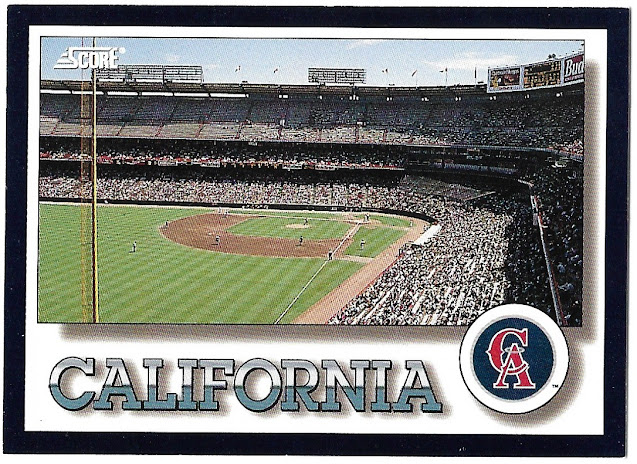 that represents the big a in my "cards of stadiums i've attended games in" mini-collection. the first game i attended there was in 1979, and the most recent was in 2006. in between there were probably a couple of dozen or so.
not quite a year after my awkward encounter with gene kranz, the building that i worked in leased space out to universal space lines, an outfit comprised of mcdonnell douglas engineers focusing on commercial space travel that was led by former astronaut pete conrad. conrad was the third man to walk on the moon, and i saw him around a few times, but never did say hello or interact with him.
had i done so, i would have added this 1991 space shots moon mars card to my collection. 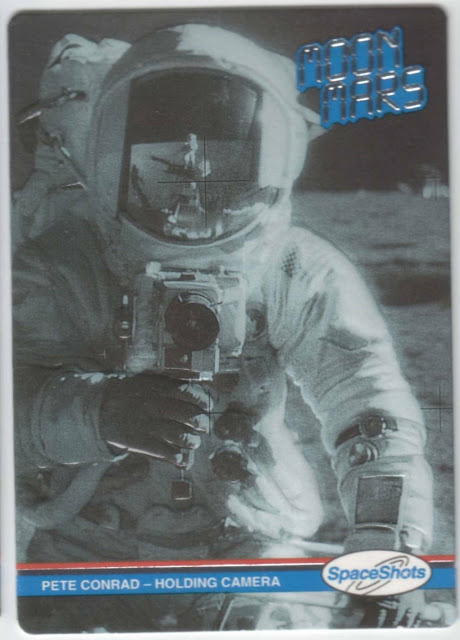 it features a famous photo of conrad on the moon from the apollo 12 mission, but what is peculiar about this photo is that it shows one of the reduced playboy playmate images that was snuck on to his cuff's procedure checklist flip book. you can't make it out, but it's there and it's a pretty interesting story. in fact, one of the playmates that made it on to the flip books of conrad and fellow astronaut alan bean was brought to the office to meet conrad. the story had been broken a year or so earlier, and this was the first meeting between she and conrad. i watched the "reunion" from my office window.
happy fourth of july!
Posted by gcrl at 7:55 PM