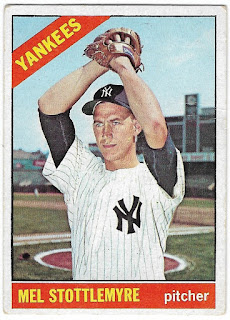 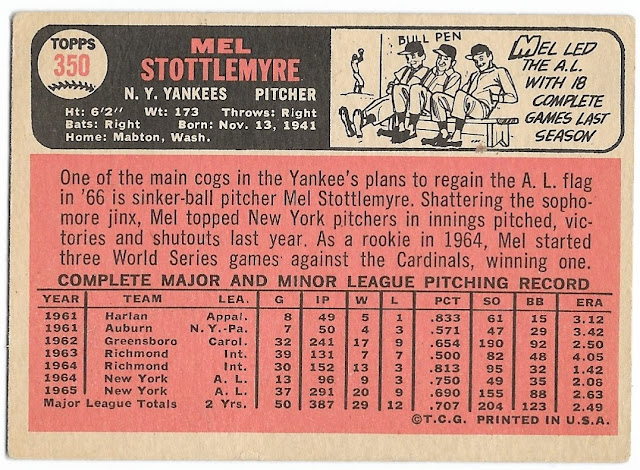 mel stottlemyre had the good fortune to be a part of the 1964 yankee pennant winning team, contributing to their success and, as the card back says, starting three games in the fall classic. he also had the poor fortune of being a part of the yankees after that, as they failed to return to the postseason for the remainder of stottlemyre's pitching career, which lasted into the 1974 season. his 1965 season was one of his best, although he posted similar numbers in a couple of other seasons down the line. he was second in wins in the american league in '65, falling one behind the twins' mudcat grant.
1976 topps #350 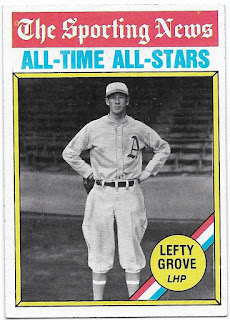 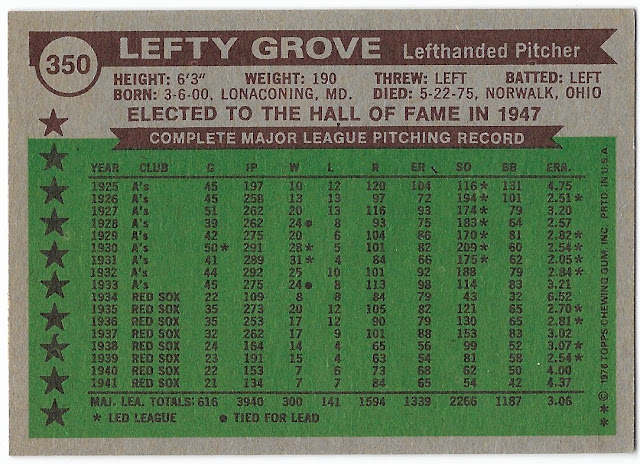 lefty grove represents the first subset we've seen representing number 350. part of the 10-card all-time greats subset, grove represents the team in the left-handed pitcher category. even by today's advanced metrics, grove ranks as the best lhp in baseball history, ahead of randy johnson and warren spahn and all the others. because of this card, i think of him as an "old-timey" player, which he sort of was, but he lived almost up to the point when this card was produced unlike most of the other players included in this subset.
1986 topps #350 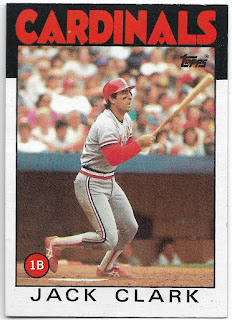 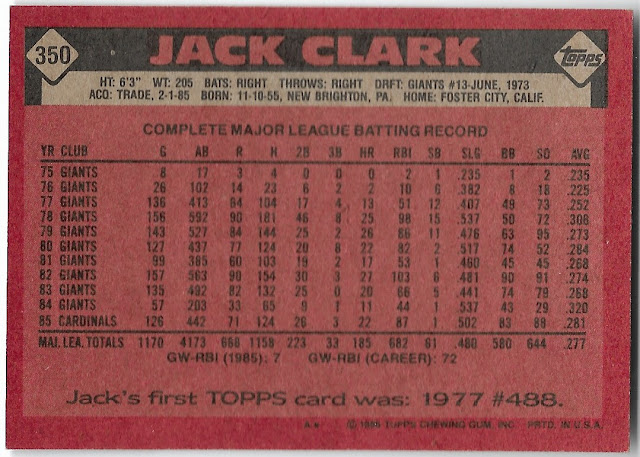 jack clark hit a big home run for the cardinals in the 1985 nlcs against the dodgers even though first base was open at the time. it was the first time that i completely abandoned the national league and cheered for the american league champion to win the world series. thank you, don denkinger.
1996 topps #350 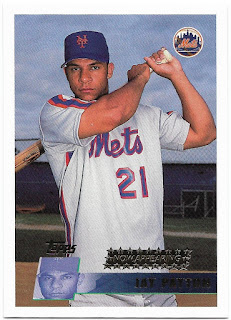 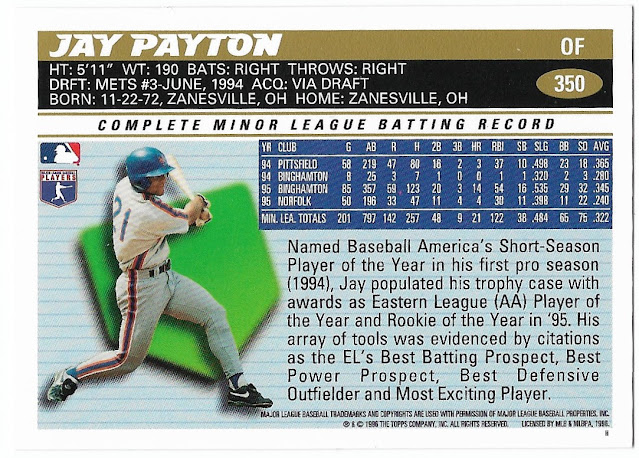 jay payton was, to me, the oddibe mcdowell of number 350. i mentioned in a previous 350 post that i would always look at the checklists as i pulled them from packs to see who was given the hero numbers. this is before i could look up checklists online before the product was released. in 1985, i saw oddibe mcdowell's name at card 400 and was completely confused. only later did i find that the olympic team subset was placed in and around that part of the checklist. here, payton was given the number as a "now appearing" prospect who didn't actually appear in the majors until the end of the 1998 season, and he didn't become a regular until 2000.
2006 topps #350 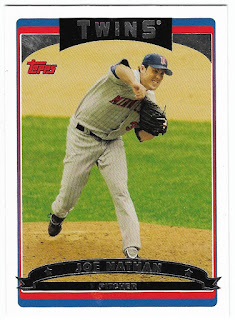 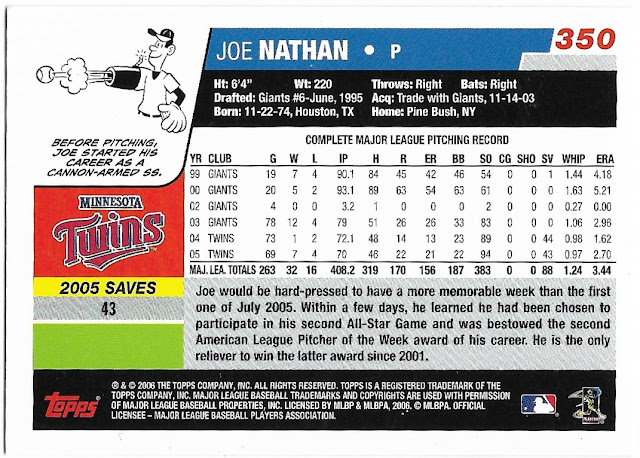 joe nathan was acquired by the twins in one of the greatest trades in their history. they sent a.j. pierzynski to the giants for nathan, boof bonser, and francisco liriano. the trade opened up a position for joe mauer and also brought them a potential hall of fame closer in nathan. when this card was released, he was coming of back-to-back seasons of more than 40 saves, and he would go on to post 159 more saves in the next four seasons. had he not missed the 2010 season due to injury, he may have reached 400 saves for his career. as it is, he amassed 370, which is the 8th highest total all-time. his 43 saves in 2005 tied him with mariano rivera for the third highest total in the american league, behind francisco rodriguez and bob wickman.
2016 topps #350 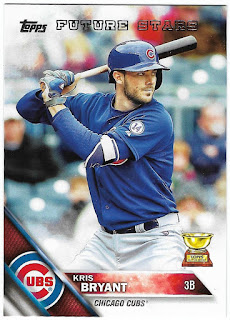 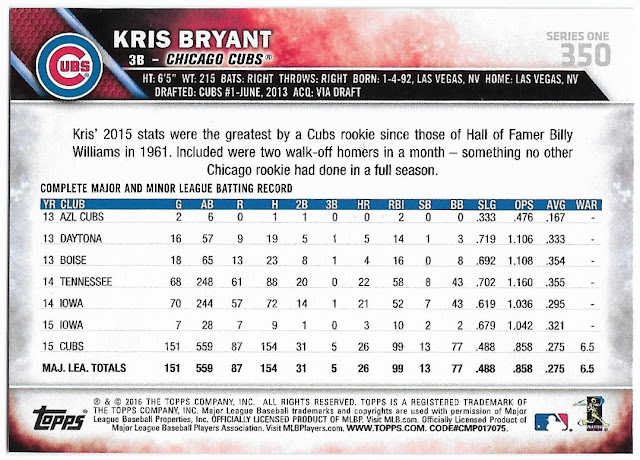