i have a saved ebay search for autographed and numbered cards from 2004 upper deck legends - the timeless teams set. i have no illusions of ever completing anything other than the base set i've already assembled, but i will add one of the parallels now and again if the price is right.
a few months ago, i was able to pick up one of the legendary combo triple signatures that featured three pitchers from the 1970 world champion baltimore orioles - jim palmer, mike cuellar, and pete richert 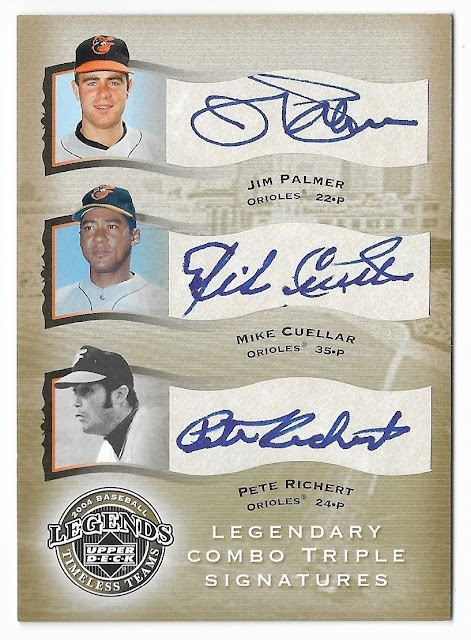 of course, those three could also be representing the 1969 or 1971 american league champs.  all three were featured in the set with cards from the 1969 and 1970 subsets.  this is the first non-dodger triple auto in my collection, and i followed it up by picking up another dodger one 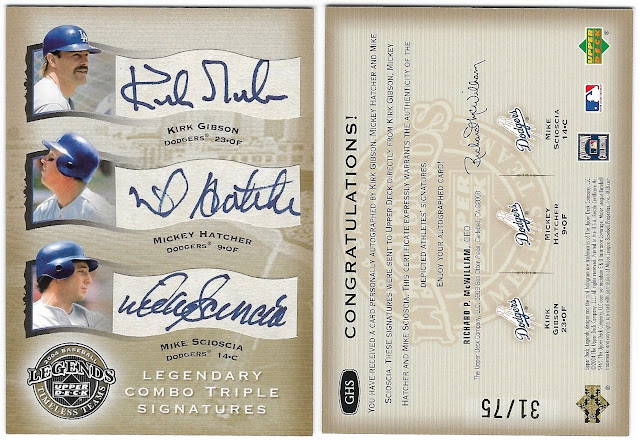 here you get the bonus of seeing the back of the card which features 1988 world series champions kirk gibson, mickey hatcher, and mike scioscia. this card is near and dear to me, as these three guys accounted for all five rbi in game 1 of the 1988 world series. once again, i will take this opportunity to remind people that i was in the stands that night and did not leave early!
Posted by gcrl at 7:55 PM