examples of samples and more!

at some point in the late 1990s and/or early 2000s, i subscribed to beckett. sometimes the montly price guide would come with a sample card. it's how i obtained the kobe card i sent to fuji a while back, and it's how i have a few other sample cards in my collection.
i was never lucky enough to pull a steve garvey sample, however, so i was eager to purchase this card 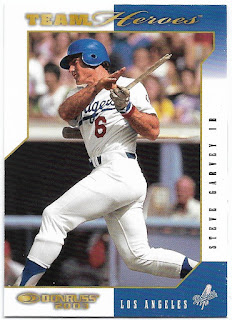 when i saw it listed for sale. that's a 2002 donruss team heroes card, which happens to feature a fantastic broken bat photo. it's also stamped on the back: 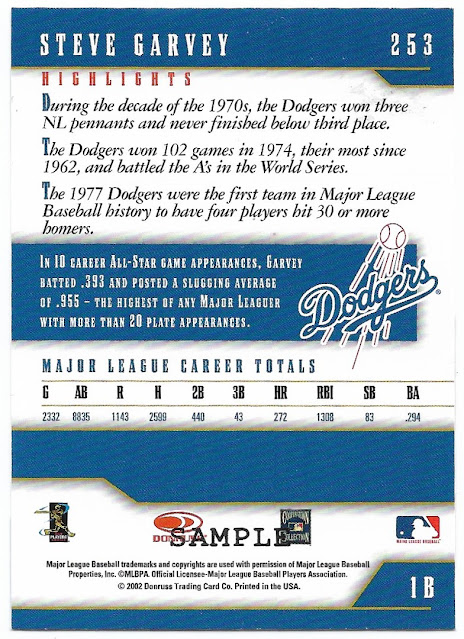 if only i knew someone at a tool & die shop with some foil. i have no idea how many samples of each card were made, but this one came pretty cheaply.
speaking of samples, p-town tom recently sent me some cards, including a sample from the 1986 larry fritsch negro league baseball stars set: 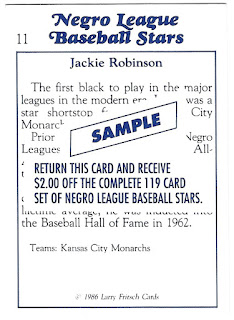 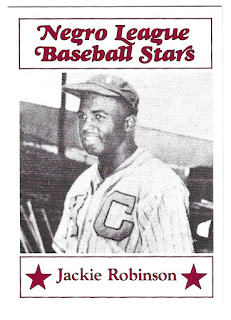 this was interesting to me because a few days prior, the 2021 fritsch catalog arrived in the mail. 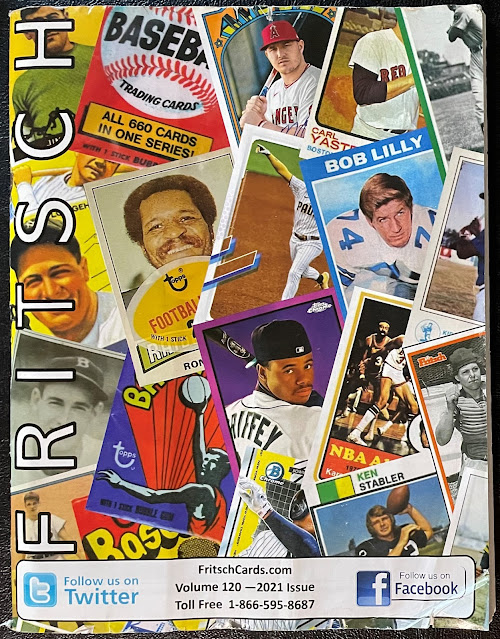 it's a sort of throwback to earlier collecting days - ordering from a catalog rather than through ebay or sportlots or whatever other online vendor you might prefer.
the garv and his 1972 topps high number card are featured on the topps flagship set page 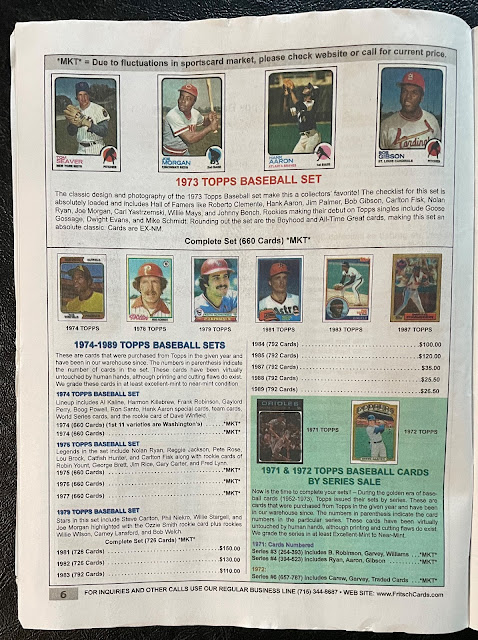 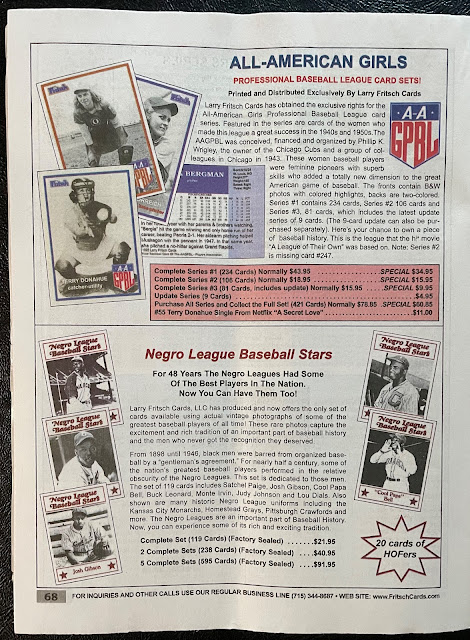 as for the jackie, it's not a dodger card really, but i will add it to the collection regardless!  similarly, i was happy to find this card 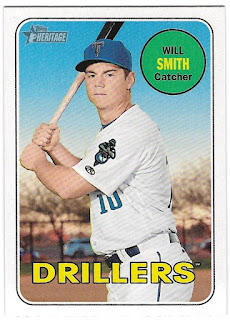 in the same envelope from tom. that's a will smith 2018 topps heritage minors card. i don't really go seeking the heritage minor league or the topps pro debut cards of recent years, but i am happy when they show up in the mailbox.
the dodgers are committed to smith as their primary catcher, so much so that the team traded top prospect keibert ruiz to the nationals for max scherzer and trea turner, along with josiah gray. now, the dodgers have had good fortune in recent years with the prospects they've traded outside of yordan alvarez and his monster 2019 season. we will see when it comes to ruiz, gray, and jeter downs (who the dodgers acquired along with gray in the matt kemp/yasiel puig trade), although i will not complain about losing downs since the dodgers got mookie betts in that deal and won a world series as a result.
tom included some cards of a few of those other traded dodger prospects. here's a 2017 bowman willie calhoun prospects yellow parallel 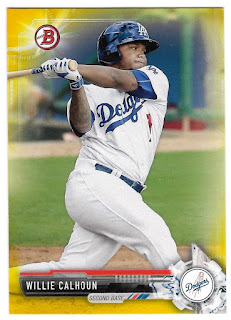 calhoun was traded to the rangers in 2017 for yu darvish. darvish helped lead the dodgers to the world series for the first time in 30 seasons, but we know the rest. still, i was happy with the trade. calhoun has been playing in the majors for four or five years, but has a negative career war.
here's a 2017 topps jose de leon card 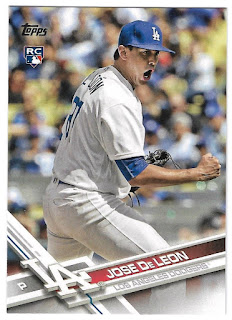 he was traded after this card was printed but before it was released to the rays for logan forsythe who was part of the 2017 pennant winning team. de leon was traded in 2018 to the reds, who released him earlier this year. he was signed by the red sox in august. he also has a negative career war as a major leaguer.
finally, here's a 2015 bowman draft grant holmes chrome parallel 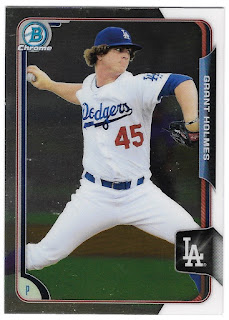 grant holmes was going to be the second coming of don sutton with his hair, but he never made it to the majors with the dodgers. he was dealt at the 2016 trading deadline (along with frankie montas and jharel cotton) to the a's in exchange for rich hill and josh reddick. hill was a big part of the dodger rotation during his seasons with the club. montas has had some success at the big league level, and cotton has pitched for the a's and rangers in the big leagues, but holmes has yet to make it to the show.
i wish all these guys the dodgers traded success, but not at the jose guzman/john franco/sid fernandez/pedro martinez post-dodger level!  thanks tom!
Posted by gcrl at 7:55 PM