not an absolute waste?

with steve garvey reemerging on a number of topps checklists this year, i wonder if his time with panini is over. the most recent panini release he's been featured in was their 2021 absolute set, and his cards were sticker graphs. this could just speak to the lower end market that this product fits in, but still. i wonder.
i did pick up one of his cards 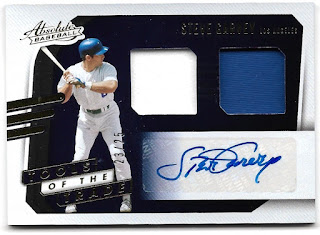 it's a tools of the trade auto-relic numbered to 25. it's the most common card of his in the set, and features a plain white swatch and a piece of that jacket they've been using on cards of garvey's for a few years now.  i bought this card on ebay, although i did also open a blaster of the stuff. here's a sampling:
pack 1
four base cards per pack: 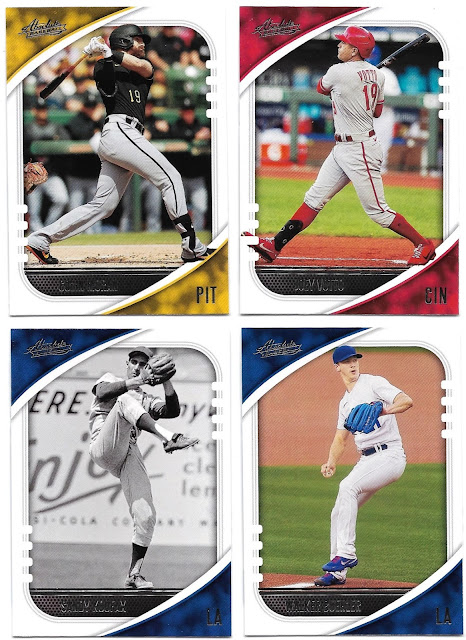 sandy koufax and walker buehler in the same pack is nice. i appreciate the lack of colorization of the koufax card, although the sign behind him is begging for some color
two green foil parallels per pack 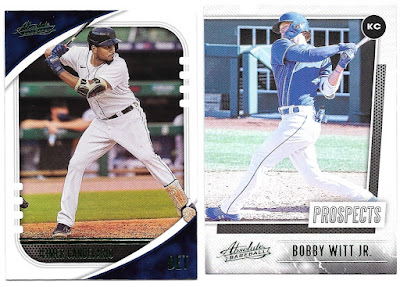 i assure you, there is green foil on those cards
two other inserts per pack 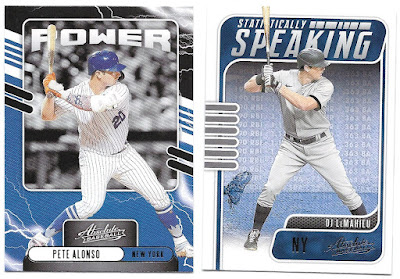 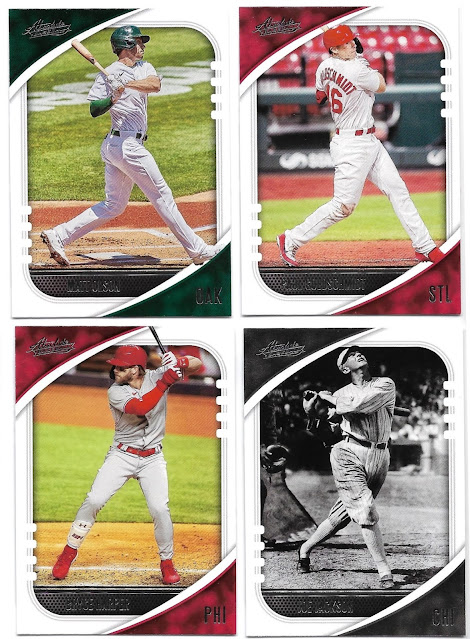 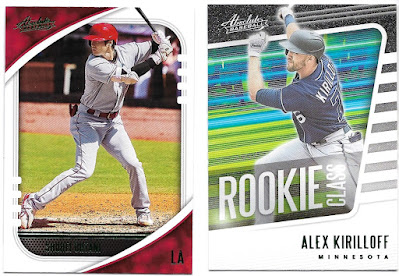 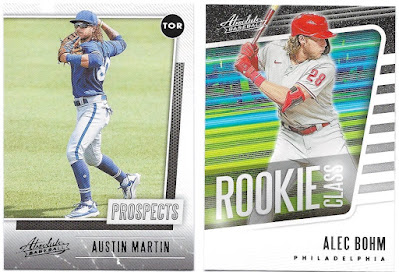 you get the idea. it went on like this for several more packs. it was interesting to see edd roush getting a card in the set. pretty random, actually.
i am not going to show any more of the cards i found, other than this delightfully colorful one: 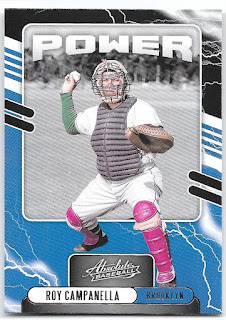 what a half-arsed colorization effort for roy campanella's power insert. is it weird that i like it? not absolutely, but just a little?
be sure to come back tomorrow night for an almost free friday featuring a bunch of cards from this set.
Posted by gcrl at 7:55 PM