on the day after fuji posted about the "great eight", i received three cards in the mail. all three featured players wearing number 18. coincidence? no, that is not what a coincidence is. anyway, this card 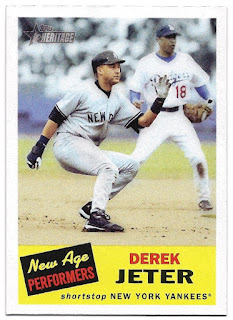 features short-time dodger jose hernandez lurking in the background of derek jeter's 2005 topps heritage new age performer insert. hernandez wore what to me is bill russell's number for the dodgers in 2004. i targeted this card for my lurker mini-collection.
i also received this card 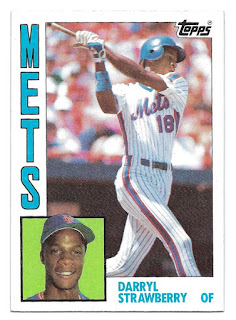 that is, of course, a 1984 topps darryl strawberry card. i recently decided to part with one of my 1984 fleer sets only to find that teenage gcrl must have sold/traded the strawberry and mattingly cards at some point. it will still pay off to purchase singles of those two cards in order to sell the set, so i went off in search of those cards. i found someone selling both the 84 fleer and topps strawberry cards for cheap, and so here we are.  strawberry wore number 18 for the entirety of his mets tenure, but wore different numbers with the dodgers, giants, and yankees later in his career.
no dodger currently wears number 18, although kenta maeda wore it for the duration of his time in la.  here's a 2017 topps heritage new age performer card of his 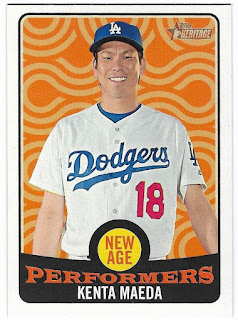 that i received from nick a while back. i've received a number of mailings from dime box central over the last year, and i've been slow to show off the bounty. so slow, in fact, that i received these gavin lux rookie cards from topps opening day 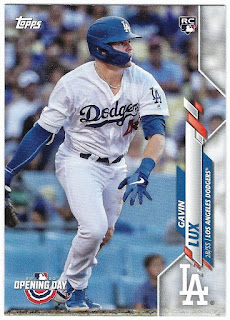 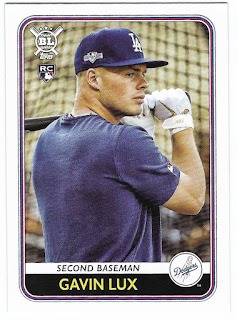 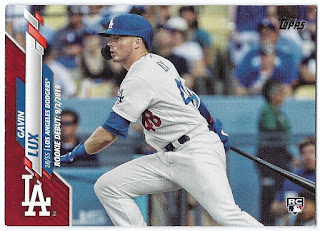 back when it was a big deal to receive gavin lux rookie cards. same goes for this mookie betts big league card 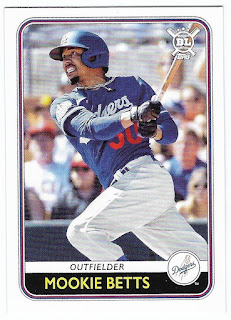 which was his first "real" dodger card and was, for a short time, in the running for my favorite dodger card of 2020.  here are a couple other cards nick sent from big league - max muncy flipping out insert 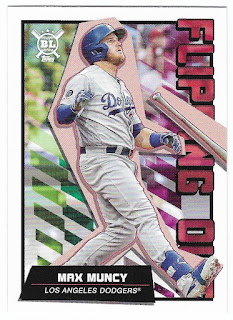 and a hyun-jin ryu league leader 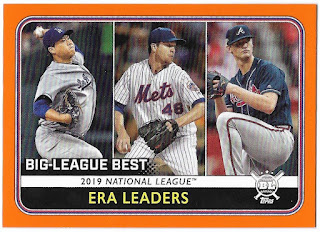 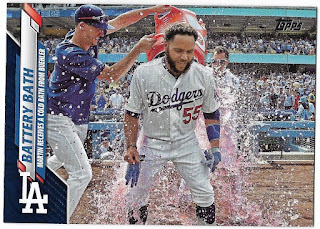 featuring what may have been the last time we will see russell martin on cardboard.  martin hails from montreal, as i am sure you know, so this is a perfect segue to the most unique card of the post: 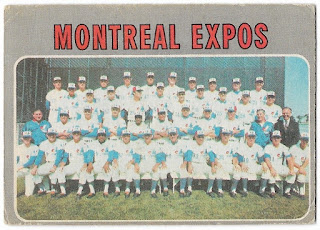 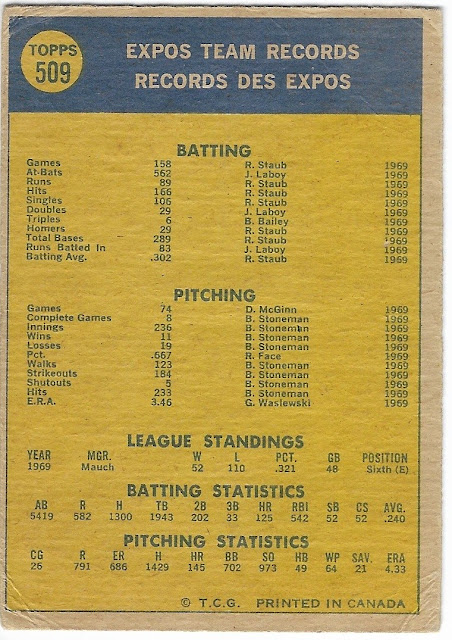 look at those "record des expos"! note that single season records were franchise records at that point. i will now take a moment to let those of you who may not be aware know that i had a blog dedicated to o-pee-chee variations which were always my favorite part of o-pee-chee sets. check it out - oh my o-pee-chee!
nick and i both collect cards showing the double play turn, and so he often sends me dupes from his collection. here's a 2005 donruss brandon phillips card 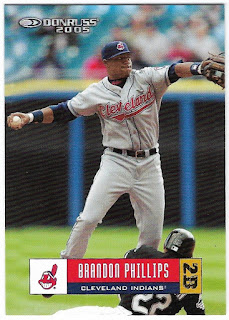 that fits the bill, as well as a 2020 topps fernando tatis jr card 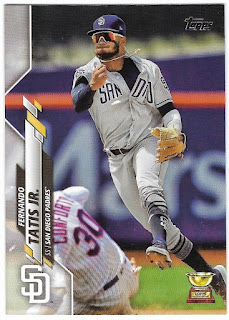 and it's opening day twin 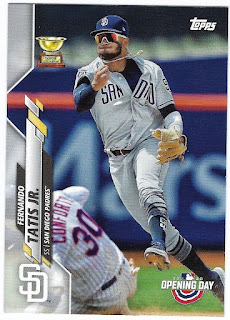 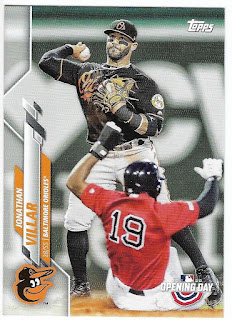 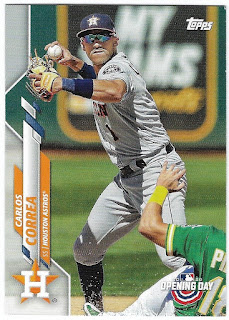 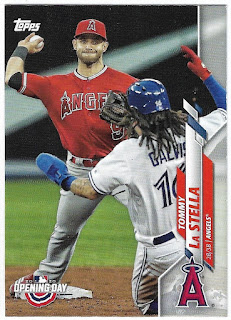 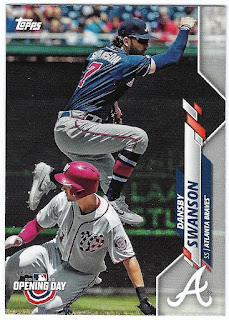 all know how to turn two. i am pretty sure that is new dodger trea turner sliding under swanson. turner wears steve garvey's number 6 for the dodgers, for what it's worth.
so there you have 18 cards, 3 of which have to do with number 18, and 16 of which came from nick and have been patiently waiting to be shown here. i have more to post from nick, and will try to do that sooner rather than later. thanks nick!
Posted by gcrl at 7:55 PM