many students and teachers returned to school earlier this month, some for the first in-person experience in over a year. i sort of miss the excitement of a new school year, but not necessarily the actual school part. anyway, i recently saw a listing for a sheet of letterhead from the old steve garvey junior high school in southern california (yes, it was a real school) on ebay and downloaded the image. 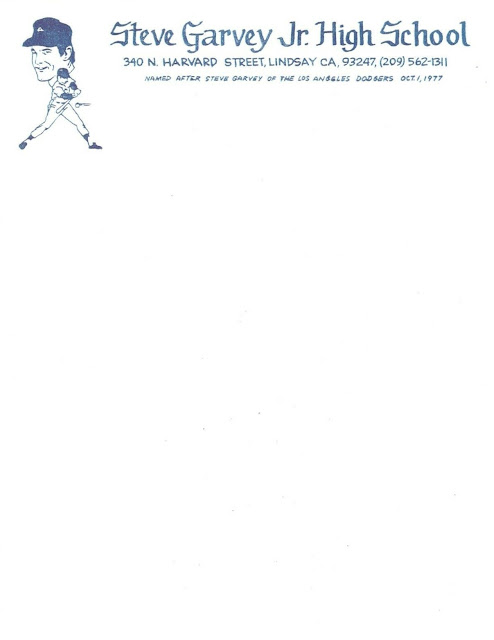 as you can see, the school was christened on october 1, 1977 near the end of the dodgers' pennant winning season. garvey was the face of the team and a fan favorite, and had just had a monster month to end the regular season. i remember hearing about this on the local news and wondering what the mascot was - dodgers? i still don't know.
a few years later, the school was renamed after our 40th president, ronald reagan. while there is also a baseball connection to be had there, i don't think that was the reason for the name change. more likely, it had something to do with garvey moving to san diego.
for card blog reasons, here's a steve garvey card i bought a few months ago 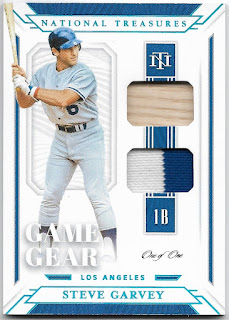 it's the 1/1 from the 2019 panini national treasures game gear dual materials bevy of parallels.
there have been a couple of schools renamed out this way in recent years - any interesting school names out there? i hope this school year goes well for everyone - students, teachers, and parents!
Posted by gcrl at 7:55 PM