what were you doing 23 years ago? i was at the metrodome on september 24, 1998 watching the twins play against the indians. the twinkies won 2-0 behind their ace brad radke.  david ortiz drove in both runs that night with a double, but this 1999 pacific private stock card 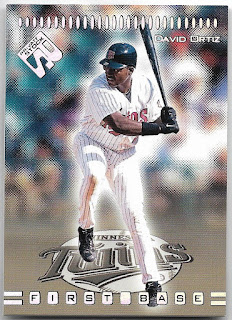 can tell you the full story 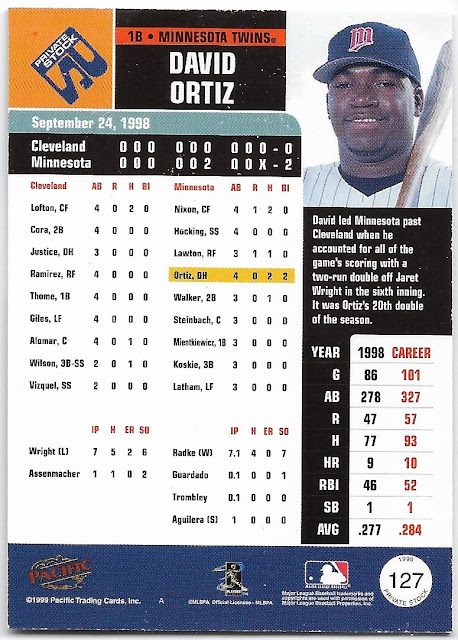 as far as i know, this is the only card from that set that features a game i saw in person. it's not a topps now card, but it still has earned a place in my "cards featuring games i attended" mini-collection. paul molitor, who would suit up for the last time a few days later, got the night off. looking at that twins lineup that featured a 39 year old otis nixon, guys like denny hocking and chris latham, plus a 22 year old ortiz, it's not hard to understand how they were in the midst of a run of losing seasons. this was the sixth game of doug mientkiewicz's career, and there was no way to know that in about six years, both he and ortiz would be celebrating a world series victory together - for boston.
anyway, not a bad game to attend 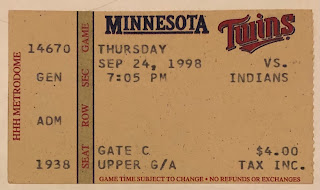