i was reviewing my want lists from 1990 recently when i saw the score mcdonald's set. i didn't know much about the set, but i was surprised that i had steve sax listed as a need. i knew that he wasn't a dodger in 1989 or 1990, but thought that maybe he was featured as a dodger and that was why i included him in my team set needs. a quick search confirmed that sax was not a dodger in that set, so i figured i could delete him from my list.
however, i found an image of the card and saw that sax was given a double play card, 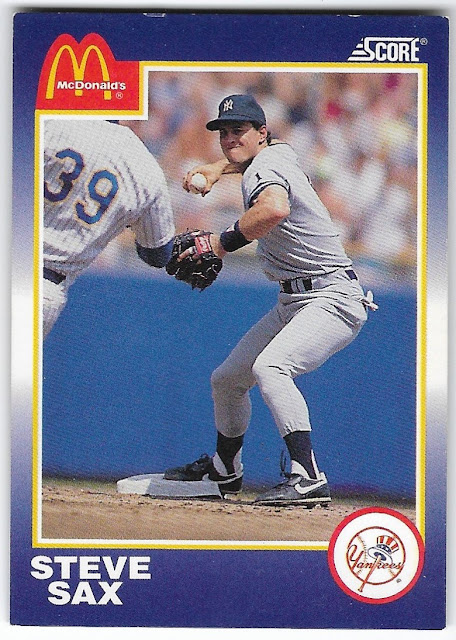 so i bought one anyway. check out the cobra bearing down! also note the batting glove hanging out of sax's pocket. when i was in high school in the mid to late 80's, i used to have my batting gloves in my pocket so that the fingers flapped around just like saxy.
the dodger team set turned out to consist only of ramon martinez 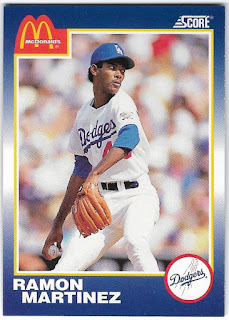 so i have now completed that set.
i also added an ozzie guillen card 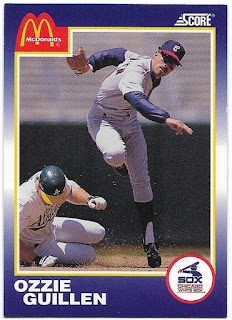 because he, too, was featured turning two.
these cards are fairly scarce, as they were apparently a test run in idaho of all places. maybe they figured that if baseball cards could be sold in idaho fast food restaurants, they could be sold anywhere.
the remainder of this post is all about sax. he was my favorite dodger from the time steve garvey left prior to the 1983 season to the time that he, himself left for the american league after the 1988 season. here are the cards that i have in my "favorite dodger through the years" mini-collection to mark sax's reign:
1983 fleer 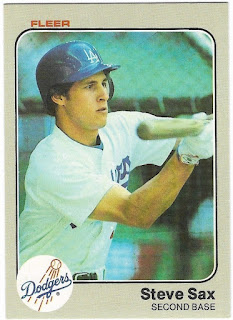 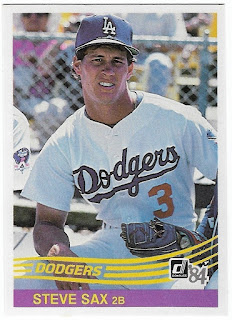 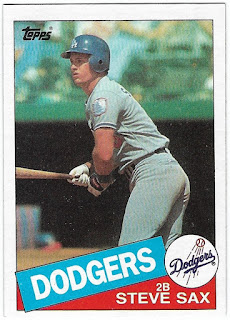 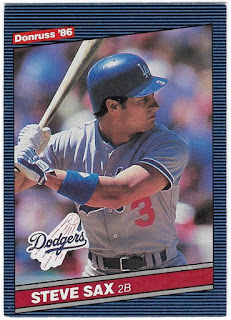 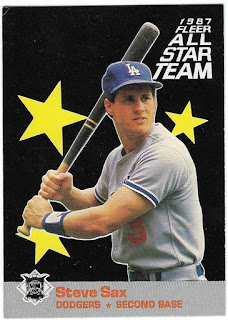 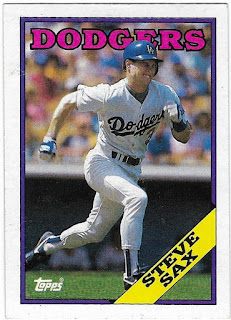 sax ended his dodger tenure on a high note with a world championship. in fact, his dodger career was bookended with world series wins in 1981 as well as 1988. sax, of course, played a much larger role in the 1988 title, and i will always remember how pumped he was when he hit the first pitch of the dodgers' 1988 season over the fence for a home run against the giants. super saxy!
Posted by gcrl at 7:55 PM