my favorite cards of the year - 1998 edition

i recently introduced my mini collection focusing on my favorite cards from each year that i've been a collector. the basic gist is that i wanted to create a space for the cards that i most appreciated having in my collection in the year that they were released. these were cards that i acquired in the year that they were issued, and that i considered to be my favorites at the time. i have disallowed (most) cards that are already in other mini collections in order to avoid having a mini collection consisting of more steve garvey, double plays, and dodger stadium cards.
1998 was my first full year living in an american league town. i made it to the metrodome to see the twins a few times, and also made my first trip to wrigley to catch the cubs host the dodgers. i was buying a lot of upper deck and topps, but had also found a couple of card shops that helped me expand my palette.
favorite non-dodger card: topps alex rodriguez 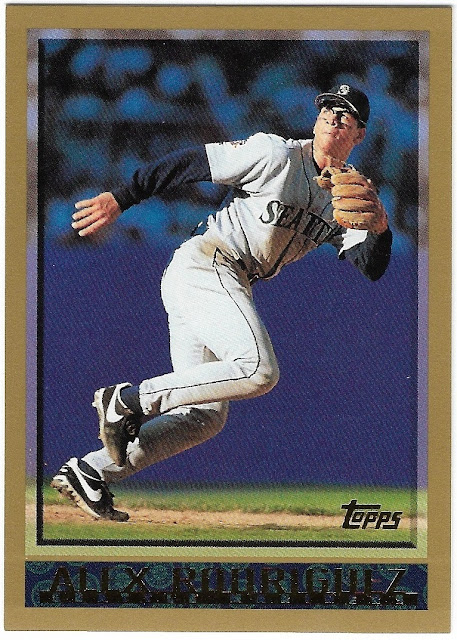 i obtained my first arod card in 1994 in a pack of upper deck. i didn't understand why he wasn't in topps releases that year or the next, or even the year after that. i recall talking with someone who worked at a card shop in san diego about it - it might have been someone at kit young cards, in fact - and they were the ones that told me about his exclusive deal with upper deck. i related it to the missing maury wills cards from topps in his early years, and was super happy to find this card in a pack of 1998 cards rather than have to wait as long as kids in the 60's did for a topps wills card. rodriguez was tearing up the american league by the time this card came out, and it certainly wasn't a rookie card, but i was still a "topps first" kind of collector so this card closed out a big hole in my collection.
favorite dodger card: fleer sports illustrated world series fever orel hershiser 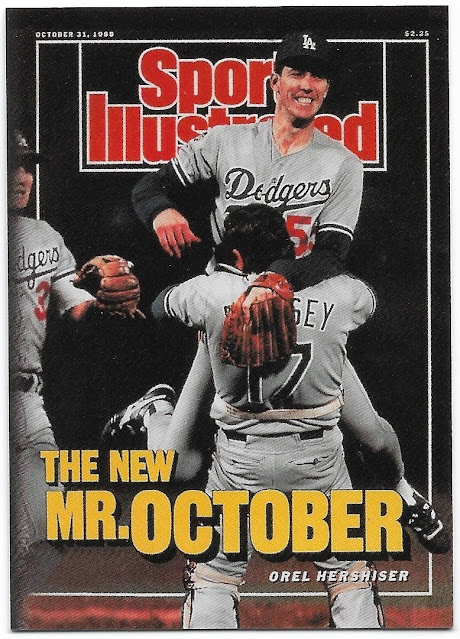 ebay wasn't yet a thing for me in 1998, so the only way i knew about this set was from the local card shop or beckett. i don't recall where i first learned about it, but i know i bought a bunch of packs from the lcs. one of the packs contained this card recreating the cover of the 10/31/88 si issue that marked the dodgers' world series title. even though it had been almost ten years since the dodgers beat the a's, i was excited to see a card that marked the achievement. i still remember exactly where i was when this photo was taken and i don't think i will ever forget the feeling i had at that moment, and having this card in my collection will help keep it fresh every time i look at it.
up next, 1985. stay tuned!
Posted by gcrl at 7:55 PM