i hate it when that happens

i was looking to fill out a sportlots order last year, and found that a particular shopping cart seller had in their inventory a needed variation from 2003 bowman heritage.  it was the third duke snider variation in the set, mind you, so i added the card to my cart and eventually placed the order.
well, the card that arrived was actually the the variation of the variation 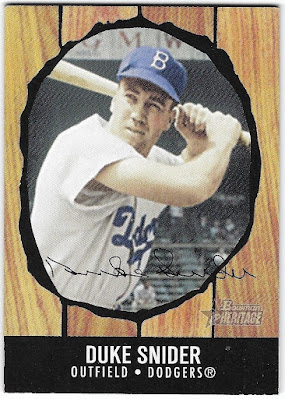 the card was listed as the knothole design variation, which it is, but this card also has the facsimile autograph which is a further variation.  so, i still needed the "base" variation.
i wound up adding it to an order from comc that took six months to arrive. 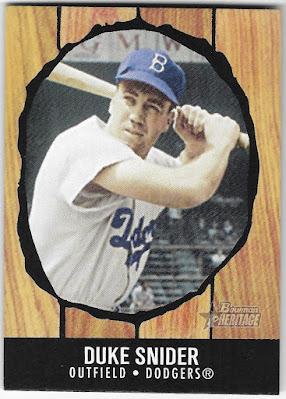 but at least now i have it.
sometimes it's just too much.
Posted by gcrl at 7:55 PM