three years ago, i entered a group break that included a box of 2003 upper deck 40man. i chose the dodgers, of course, and was assigned a second, unclaimed team that happened to be the padres. i put the padre cards, including this shane victorino card 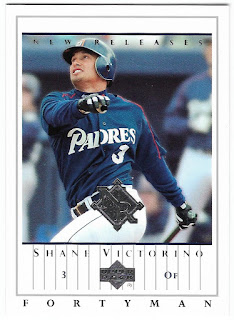 in a monster box and forgot about them. then, during the work at home timeline, i began revisiting these boxes for cards to use in trades and to sell. i also wound up finding a few keepers for my various mini-collections that i had overlooked previously. i don't think i had found a dodger card that i didn't already have in my team collection in these boxed until i turned over the victorino card and saw this: 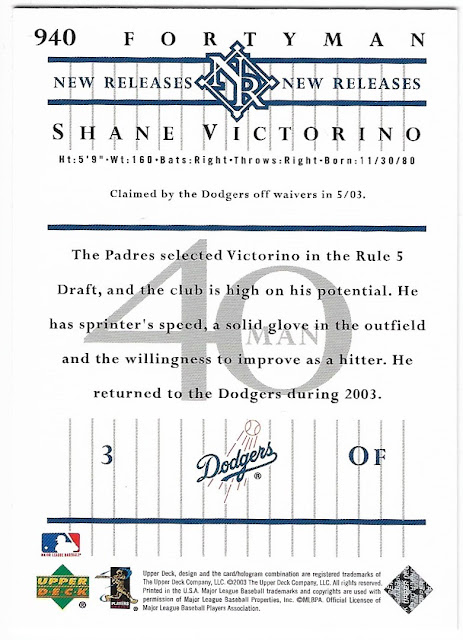 clearly some late-edited text there, but the dodger logo at the bottom seals it - this is a dodger card! and now my team set is complete. i hope.
Posted by gcrl at 7:55 PM