for the longest time, my steve garvey collection contained only 1 card from the 1981 topps scratch-off set. i guess there were two - his card, separated from one of the three-card panels 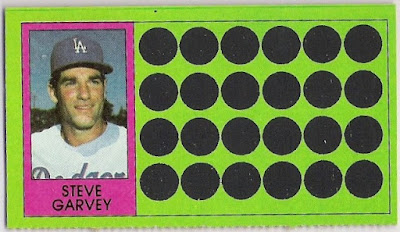 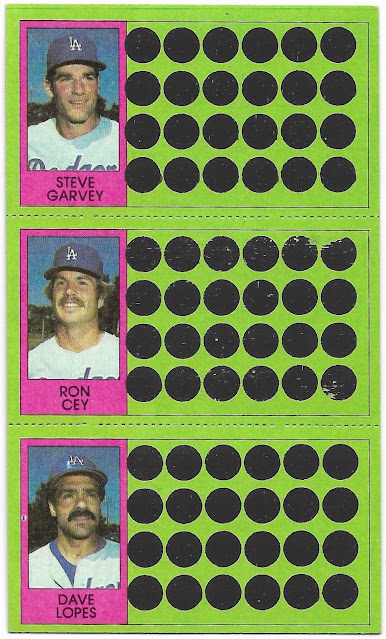 that remained unchanged even as i was handed a huge lot of three-card panels from this set by my dad late in 2018. i was back home visiting my parents and he told me to take some of his collection (along with the sets i had left behind with him from my early collecting days) back with me when i left. i obliged, but the scratch-offs sat in a box for almost two years.
sometime last summer, i decided to look through the scratch-offs i had been given as i was taking stock of some of the "loose" items i had in my card area. i found that my dad had compiled a complete set with all panel variations along with a healthy number of duplicates. i was also reminded that steve garvey was among those with panel variations. so, as any good player collector might do, i decided to add the variations to my player collection.
in addition to the garvey-cey-lopes panel, i now have the garvey-greg luzinski-lopes panel 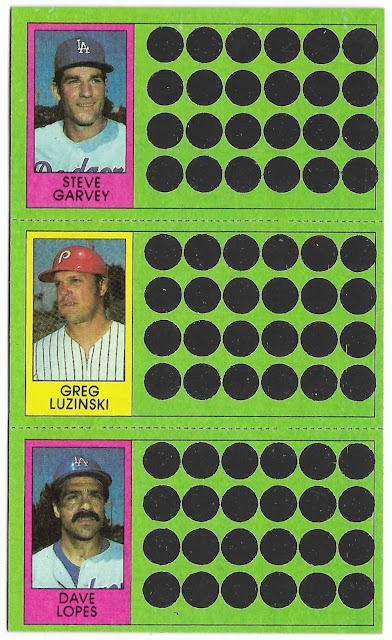 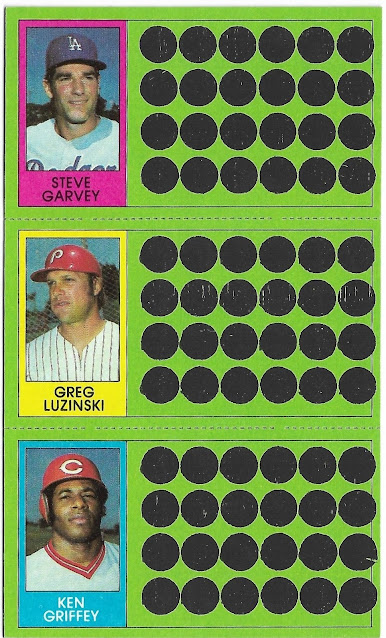 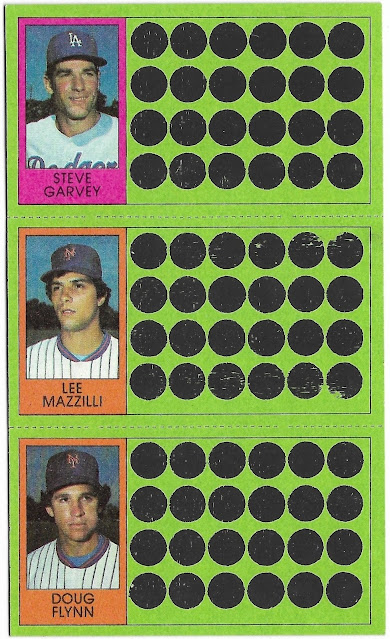 it seems like that last panel escalated quickly, with garvey being the only link to the previous panel. i'm not sure what drew my dad to this set, but i do recall him buying some packs at the local card shop back in the day. i wound up selling the complete set to fuji, but i still have a bunch of doubles if anyone has any needs. i'll help you scratch that collecting itch!
Posted by gcrl at 7:55 PM