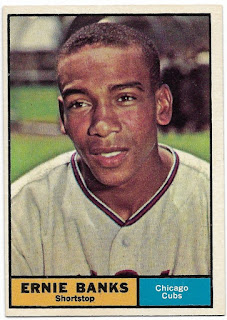 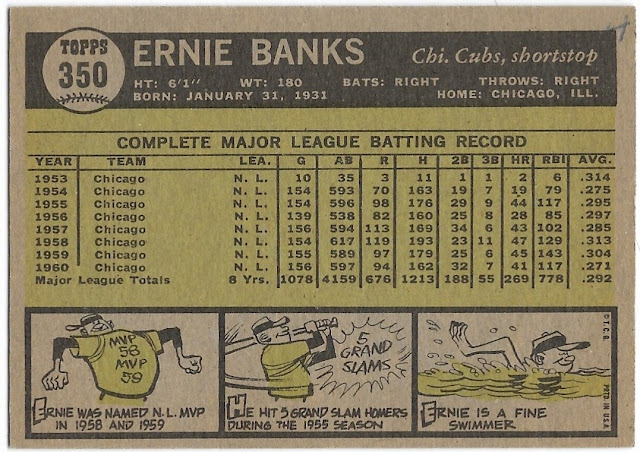 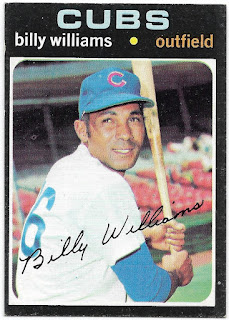 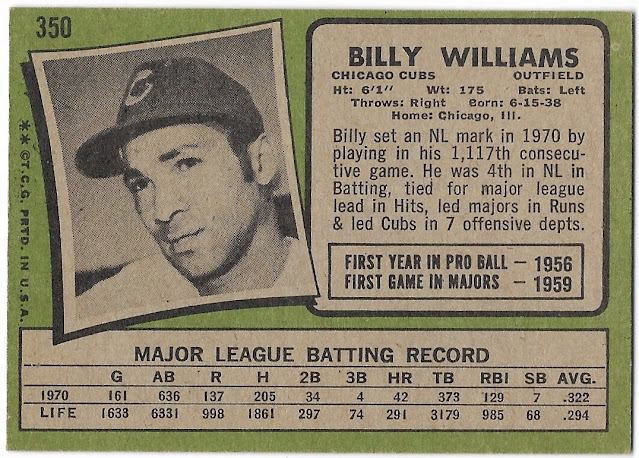 billy williams makes it back-to-back cubs a decade apart. williams was second in the nl mvp voting in 1970, and led the league in runs and hits. as the card back notes, his consecutive game streak ended at 1,117 games and would stand as the league record until steve garvey passed him in 1983.
1981 topps #350 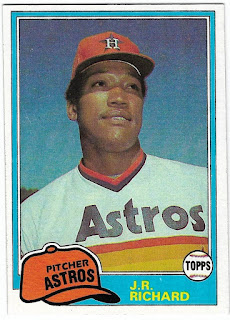 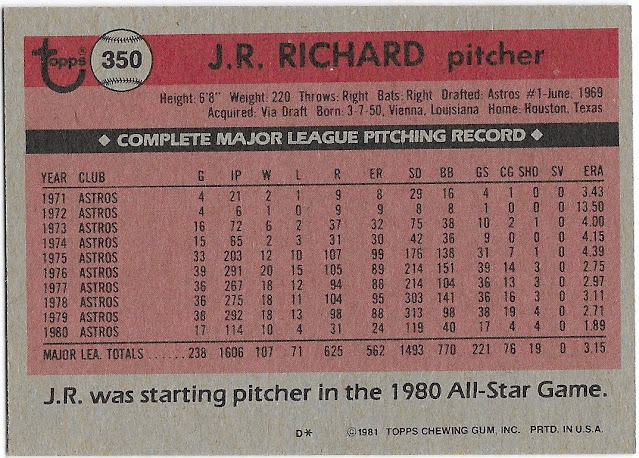 jr richard was as dominant of a starter as you will see. it seemed like he always shut the dodgers down, and the abrupt end to his 1980 season and career was startling and tragic. i believe the astros would have made an appearance in the fall classic in 1980 had richard still been pitching.
1991 topps #350 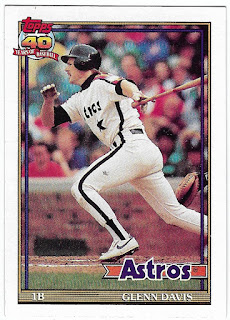 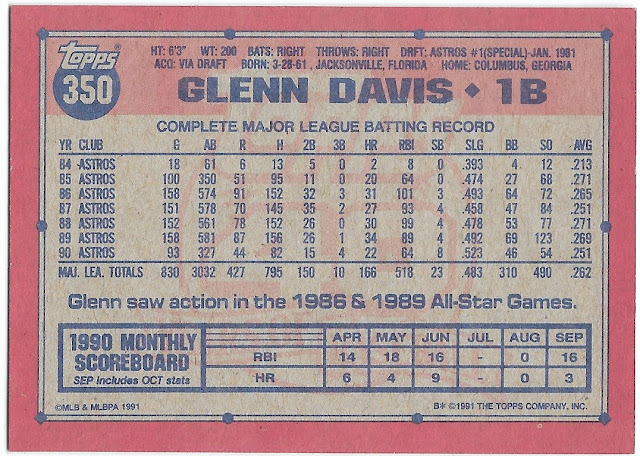 glenn davis brings us back-to-back 'stros! he was one of those semi-stars in the late 1980's that commanded some attention but not enough to get too excited about. he was a big part of the 1986 astros' success and wound up finishing in second place in the mvp voting that year. unfortunately, he was in decline by the time this card was issued, and had actually joined the orioles for the 1991 season.
2001 topps #350 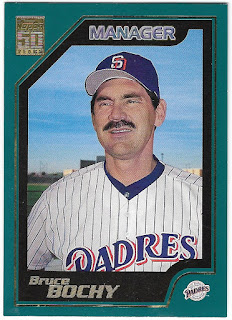 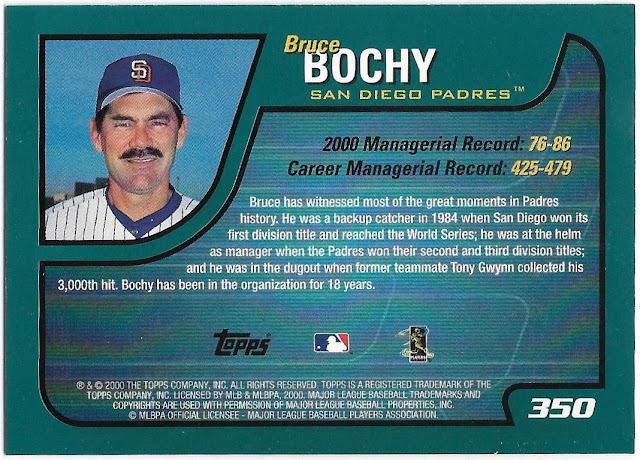 bruce bochy drew the lucky straw in 2001 when topps decided to start the manager cards at #322 and run them altogether. i stop short of calling this a subset, however. bochy took over the reins for the padres following the 1994 strike, and led them to the pennant in 1998. he later won three world series titles with the giants, so he will probably be inducted in to the hall of fame at some point.
2011 topps #350 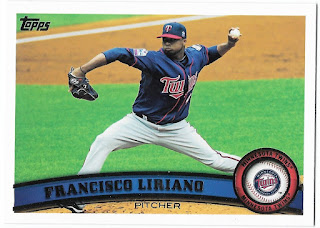 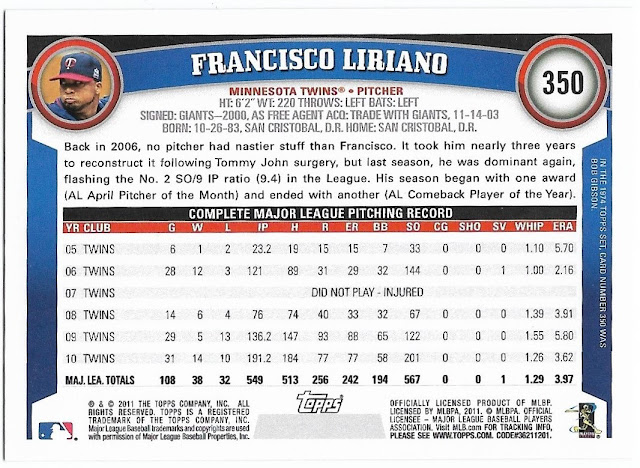 francisco liriano stormed out of the gate in 2006 as the card back says, and finally returned to a similar form in 2010. again, the card back tells the tale of him winning the comeback player of the year in 2010 which is sort of strange given that he pitched in a similar number of games in 2009, and the award usually goes to guys who missed much of the previous season. anyway, liriano was probably more deserving of 350 in 2007 (he got number 449).
2021 topps #350 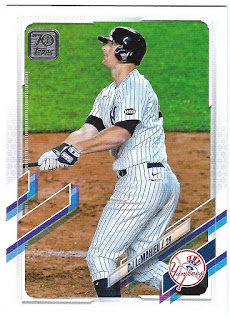 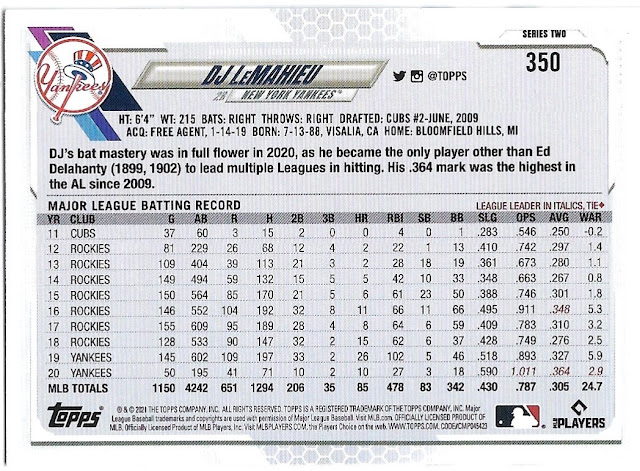