paul molitor reaches retirement age tomorrow. at least, what standard retirement age used to be: 65. i believe molitor has stated that he is, in fact, retired from managing, but with tony larussa returning to the dugout at the age of 76, who knows for sure whether or not molitor could be lured back to a uniformed position.
i followed molitor's career pretty closely from start to finish. he was a rookie in the 1978 topps set - the first set i ever saw and collected - and had enough early success that i quickly paid attention. he finished his career playing for his hometown team, and the timing of his return to minnesota pretty much coincided with my move to the land of 10,000 lakes.
once steve garvey's career ended, i anointed molitor as my favorite non-dodger. he remained so until the strike in 1994, after which i started paying attention to shawn green. here are the cards of molly that i have in my "favorite non-dodger of the year" mini-collection:
1988 score 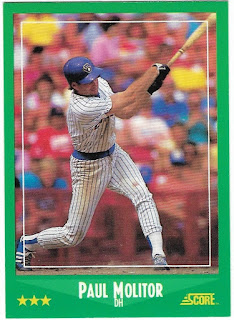 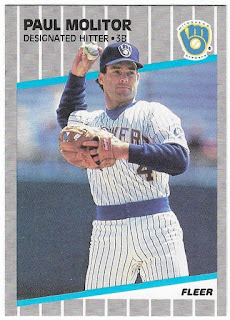 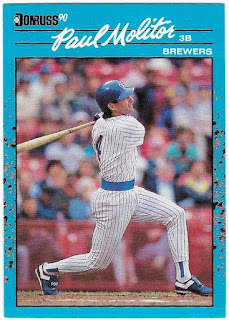 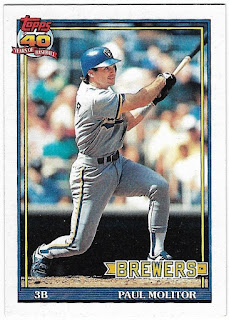 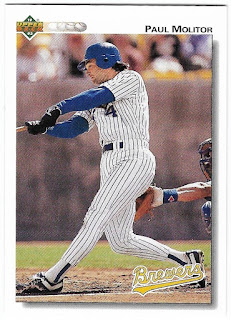 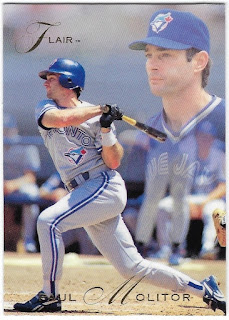 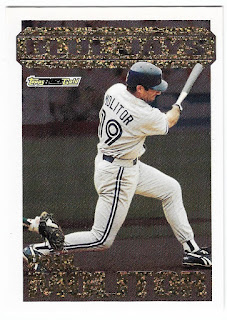 i tried for some variety amongst manufacturers to get some different designs in the collection, but there is only so much that can be done from this peak of the junk wax era. it's a little bit daunting to see people i followed as a youngster hit milestone ages, but time waits for no man. happy 65th molly!
Posted by gcrl at 7:55 PM