on april 12, 1991 a friend and i went to the dodgers' home opener. the padres were visiting chavez ravine, and it was newly acquired bob ojeda who was going to start for the dodgers with newly acquired darryl strawberry starting in right field. we were excited! it was a glorious southern california day, and thanks to my lazy friend who took forever to get ready, we were stuck on stadium way trying to get in to the parking area shortly before game time.

we were still working our way in to the stadium when former president ronald reagan delivered the first pitch, 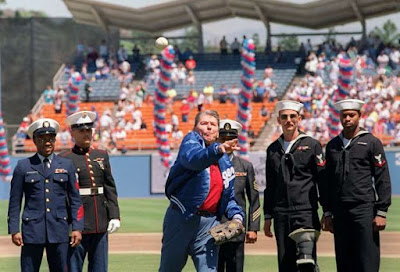 and we also missed the national anthem (i forget who performed it). i was bummed to have missed seeing reagan, and when i heard that there were presidential first pitch cards inlcuded in 2002 topps american pie, i sought out the reagan. 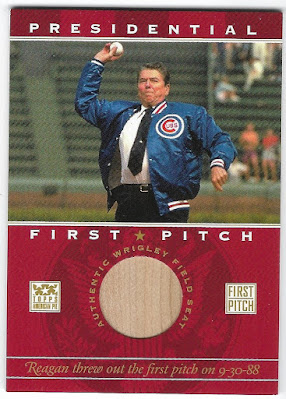 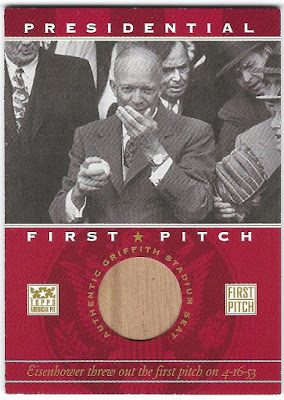 for whom i developed an affinity back in the 5th grade thanks to a writing assignment. unfortunately, topps used an image from reagan's wrigley field appearance, and not his dodger stadium one. still, there are some cards featuring photos from this game.
my friend and i made it to the left field pavilion in time to see ojeda take the mound for the top of the first. one of the batters he faced that inning was tony gywnn, who singled.  it was gwynn's only hit of the day as the dodgers lost to the pads 4-2. strawberry was 0 for 4, but we did see future hall of famer gary carter make his home debut as a dodger and there was a brief glimmer of hope in the bottom of the 9th before jeff hamilton grounded in to a force play with the bases loaded to end the game.

the following year, fleer included two insert cards in their ultra release that featured gwynn in front of the world championship banners that adorned the dodger stadium outfield wall on opening day (you can see one of the banners there behind reagan in that photo above).  the first of these cards is from the award winner set 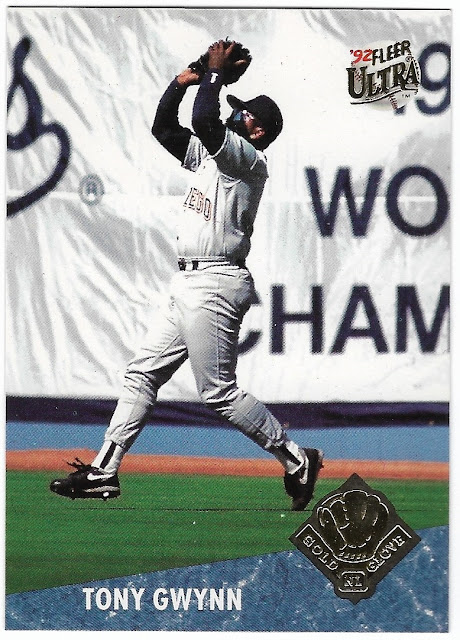 it shows gwynn making a catch on the grass in right.  the second card comes from the gwynn commemorative series 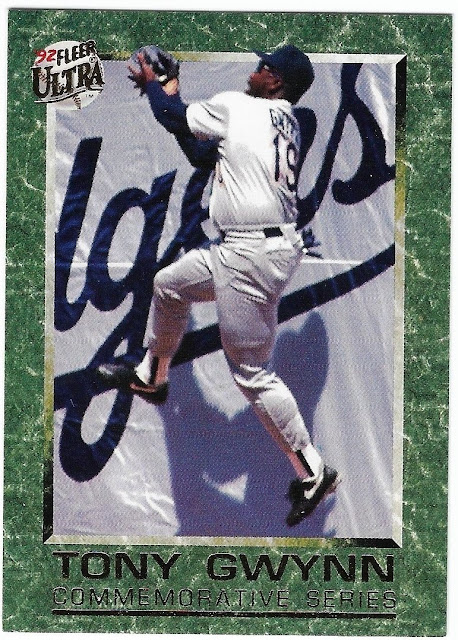 and it shows gwynn making a different catch in front of the wall.

there were three flyouts to gwynn that day, and baseball reference notes them all to be to deep rf (or rf-cf). they were hit by mike scioscia, ojeda, and juan samuel. i can't find footage of the game online to see who hit which ball, but i am glad to have these two cards to memorialize another game that i attended on cardboard.  here's my ticket stub, by the way: 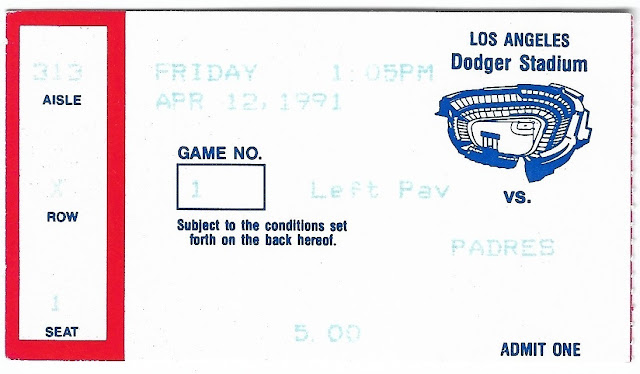 this is the fourth in a series of posts related to games that i've attended that have been featured on cardboard. there are a few more, so stay tuned!
Posted by gcrl at 7:55 PM