so many mini-collections, too little time!
with 2021 topps being released, i took some time to check out images online to find cards that could be added to my various mini-collections. i found a few cards that fit the bill, and decided to pull the trigger via ebay and sportlots. i will say that the memorial patch mini-collection was the one that i was most interested in adding to (i've already shown cards featuring the ed farmer and al kaline patches), but i found a few other cards to fill out a couple of online card orders.
hank steinbrenner, george's oldest kid, was a general partner and co-chairperson of the yankees. he passed away on april 14, 2020, and the team wore a memorial patch on their left sleeves for the duration of the 2020 season. you can see it on gio urshela's 2021 topps card: 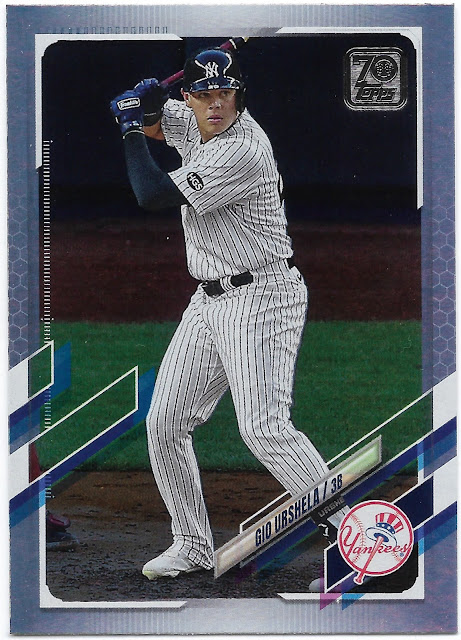 that is the rainbow foil parallel, by the way. the yankees added whitey ford's number 16 above the 'hgs' patch for their final game of the 2020 postseason. i doubt we will see a card featuring that memorial, however, so i'll leave this getty images photo 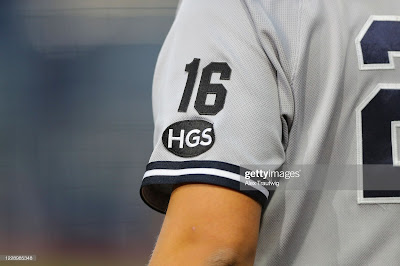 here to note the memorial.
for just a couple of games during the opening series of the 2020 season, the twins wore a patch for minor leaguer ryan costello who passed away in november of 2019 at the age of 23. the "rc" patch is visible on byron buxton's card below 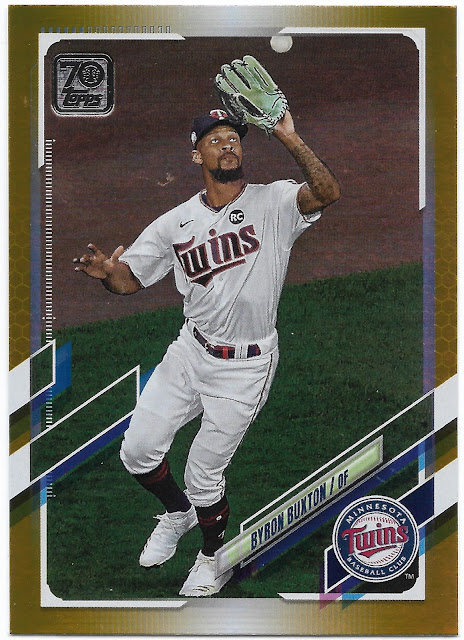 which happens to be of the gold foil parallel variety.
there are some double play cards in flagship this year, which is always nice.  here's the first one i saw - amed rosario 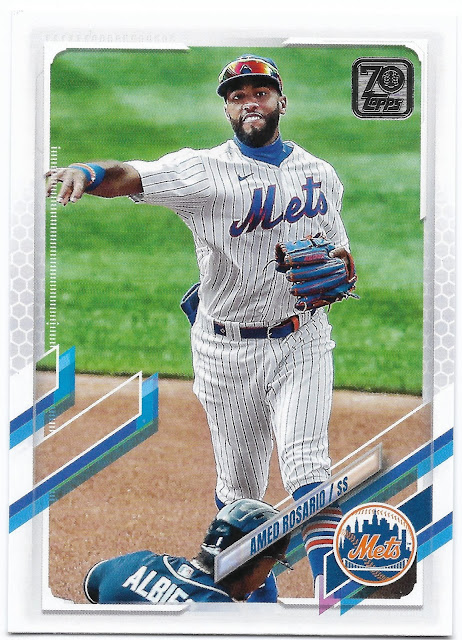 he will be in cleveland this year as a result of the francisco lindor trade. note the appearance of ozzie albies if there are any braves collectors who look for lurkers or cameos like that. other twin killings i've added include adam frazier 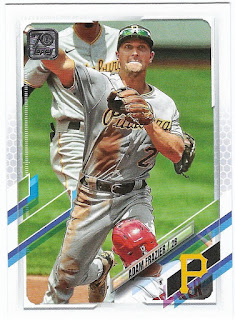 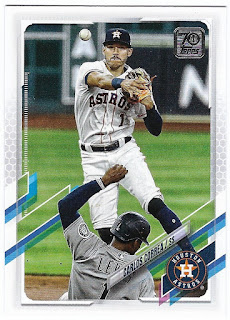 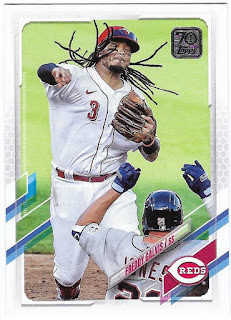 there were some 2020 games played on tatooine, too. at least according to these cards - jay bruce 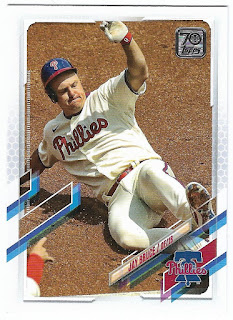 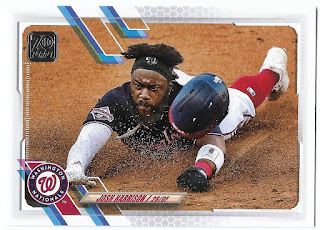 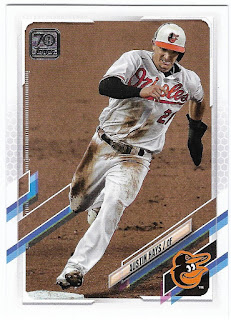 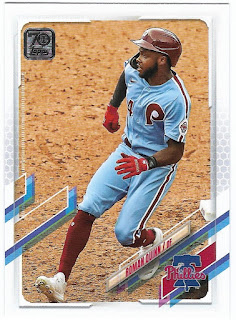 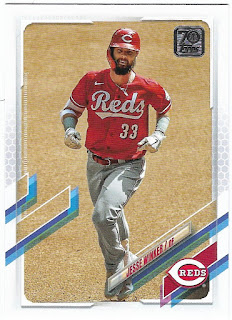 so many shades of sand.
i originally had decided not to add the shohei ohtani card from the 70 years of topps insert set, even though it featured the rarely used 1978 design. my master 1978 set build is focused on players from that era on cards with the 1978 design that could be considered as "variations", such as players with different burger king issues and the willie montanez card from topps zest. i later expanded that collection to include players from the archives and all-time fan favorite sets that showed up with the 1978 design. i was flipping through that binder recently, and saw carlos delgado on a card from 2004, so i figured that the precedent had been set, and i should go ahead and add ohtani, too.
tl;dr - here's the shohei ohtani card from 70 years of topps: 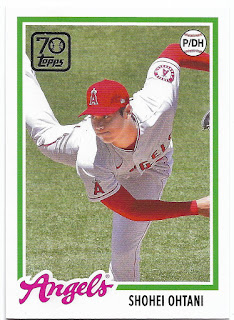 here's one from 2021 topps heritage 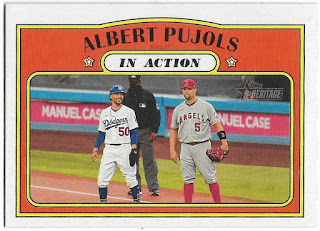 that i added due to the appearance of mookie betts on albert pujols' in action card. i am planning to add another one of these to my dodger stadium collection as well.
finally, here's a card i added from 2021 topps opening day 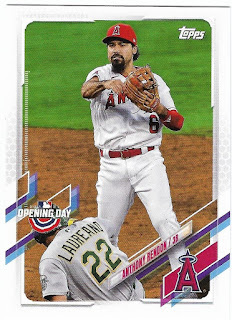 that's the rare third baseman turning two, with anthony rendon doing the honors. i know i have a couple of these cards that are the result of teams shifting players all over the infield to defend against hitter tendencies. i would be at a loss sometimes to score games these days.
Posted by gcrl at 7:55 PM