don't look back you can never look back

i haven't seen any deadhead stickers on a cadillac lately, but i did acquire some boys of summer autograph cards last year, thanks to panini's 2020 america's pastime release, which was actually part of their difficult to understand chronicles release. there are five versions of steve garvey's card, the first of which is the "base", numbered to 99 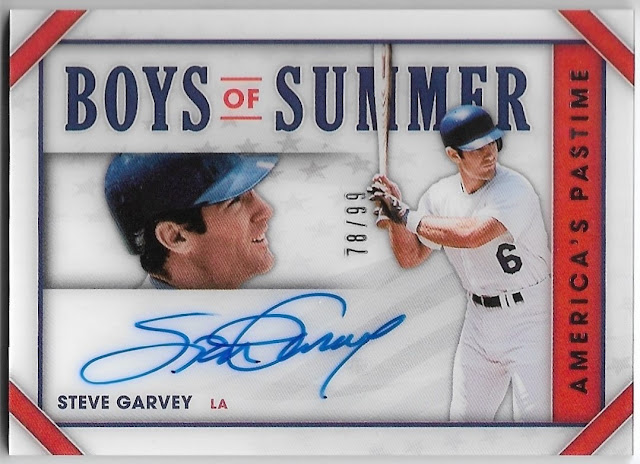 i didn't seek it out, but a card numbered 78 in the print run resonates with me. the summer of '78 was a good one for the garv (he was named all-star game mvp for the second time) and for me, too. that was the time that i fully immersed myself in baseball card collecting with my neighborhood friends. good times.
the other versions of the card are standard panini parallels - gold #/25, holo silver #/10, green #/5, and black #/1. i have the gold 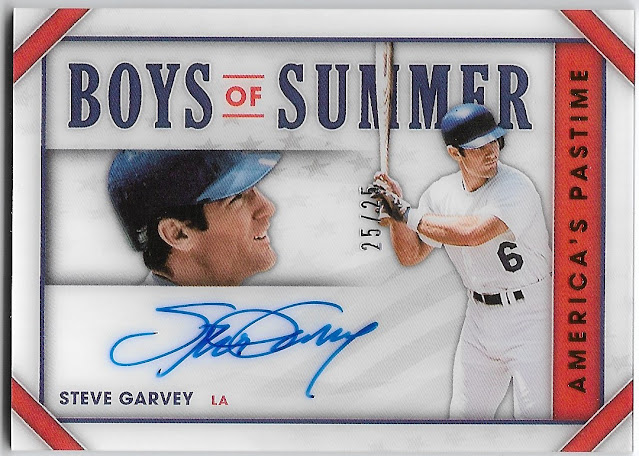 and the holo silver cards as far as the parallels go: 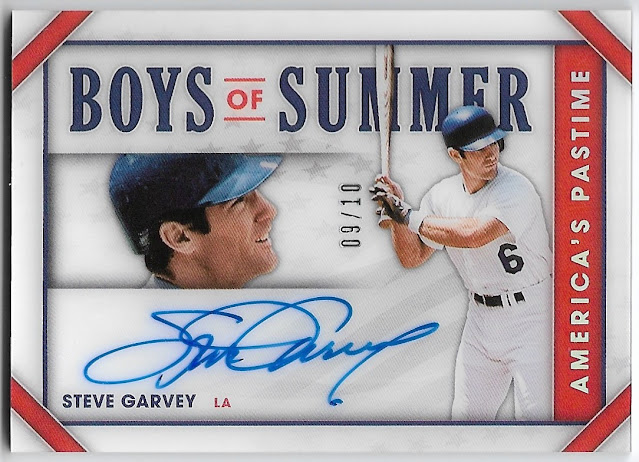 you know, there are plenty of action shots of garvey in which logos are obscured, yet panini loves to use the image of him in his batting stance. here's the back: 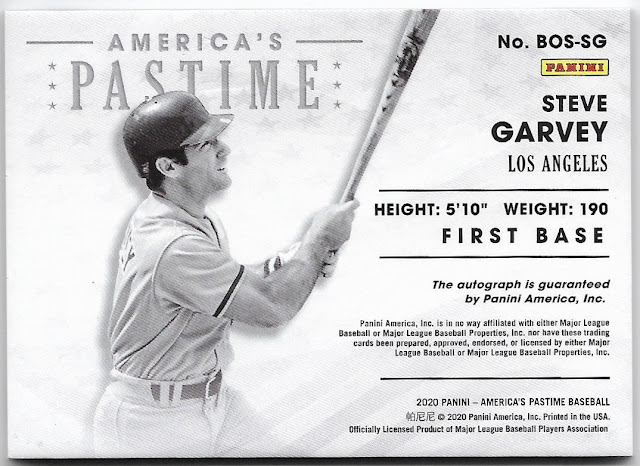 you can see there that panini makes no mention of chronicles, just america's pastime. so confusing for future generations.  as for that image on the back, which is the same used for the closeup on the front - it has been used by panini before, and actually looks ok on unlicensed cards. the only thing that gives away the lack of license is the blank helmet.
summer is a couple of months out yet, but not out of reach. i've already got my wayfarers on.
Posted by gcrl at 7:55 PM