it's a nice day for a white bordered parallel

it's summer solstice, and it is completely fine to wear white this time of year. i figured it was as good a time as any to show a parallel that i acquired just over a year ago - a panini golden age steve garvey white border card: 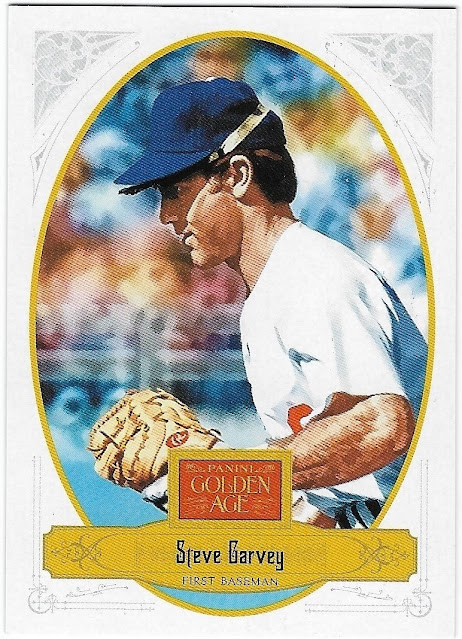 there's not much to it, really. here's the regular version for comparison: 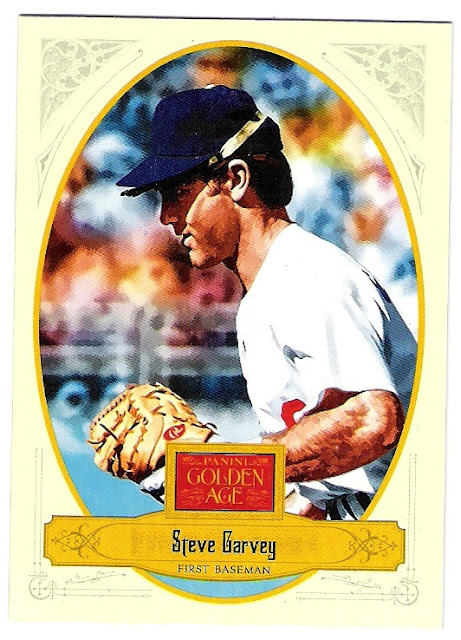 the white border looks kind of strange, actually.
only 46 cards in the set (cards numbered 101-146) were given the parallel treatment, and they are limited to 58 copies, although the cards are not serial numbered.
i appreciate that panini left garvey's jersey number red here, in what is a nice shot from a home game in dodger stadium. someday i will do some research and figure out what years garvey used rawlings gloves as opposed to louisville slugger.
enjoy the longest day of the year!
Posted by gcrl at 7:55 PM