here's another subset i've kept together for a while. i completed the 1994 upper deck collector's choice set - it was so different and fun - but i don't recall completing any other cc sets, even though i bought a lot of packs in 1995 and 1996 in particular. 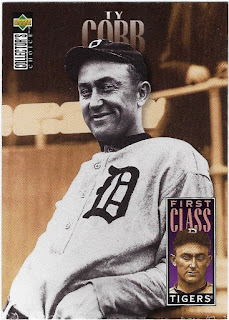 what are you grinning at, you ghost?
for those who have been following (or have seen even just one of) my hall of famer collection posts, you know that i hold the first class of inductees in to the hall in high regard. that first class is not to be confused with the players that attended the opening of the hall, as that took place in 1939 while the first players elected to the hall were chosen in 1936. the class was small, and included babe ruth 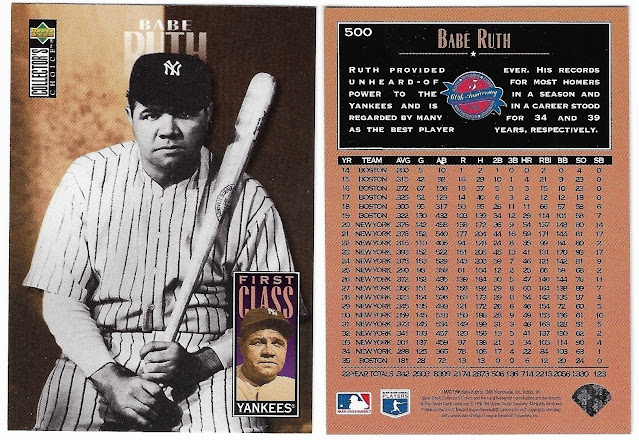 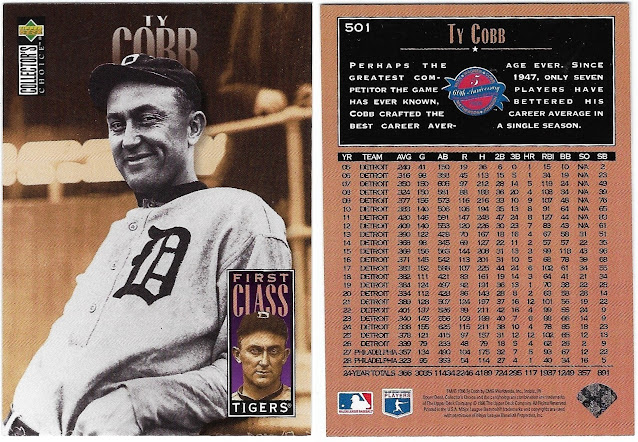 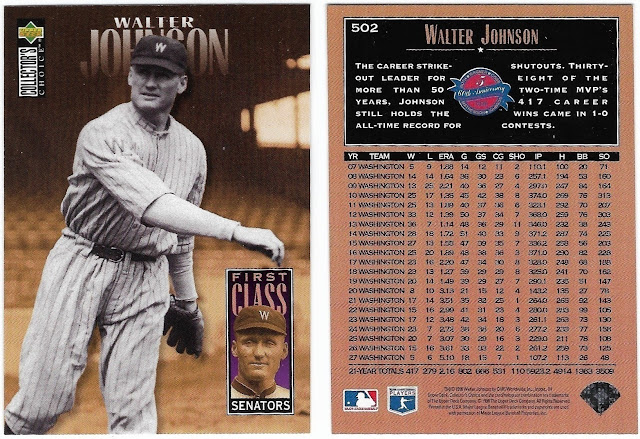 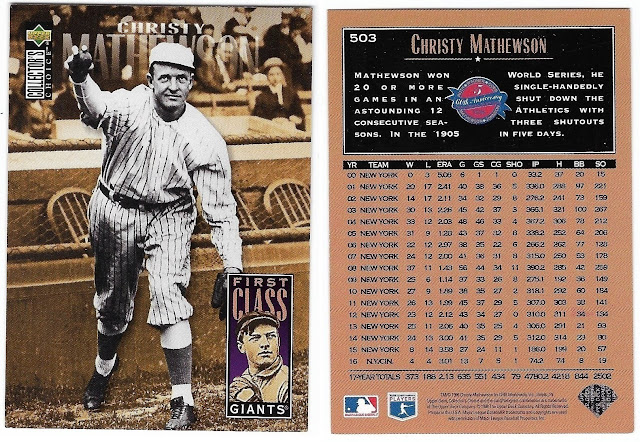 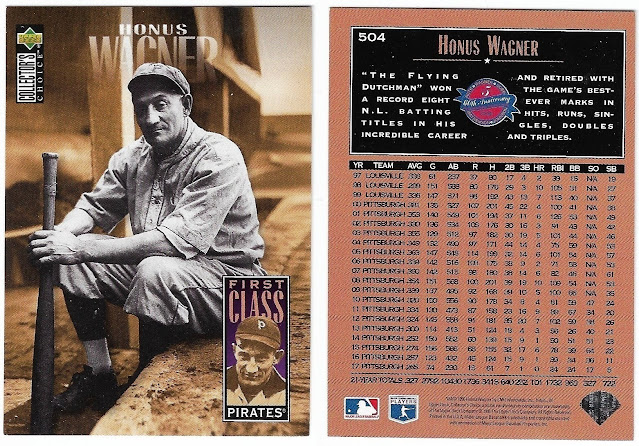 cobb led the field with 98.2% of the baseball writer's vote, with ruth and wagner behind him at 95.1%. mathewson garnered 90.7% and johnson came in with 83.6%. the next closest to the required 75% was nap lajoie, who earned 64.6% of the vote. the rest of the players in the top ten were tris speaker (58.8%), cy young (49.1%), rogers hornsby (46.5%), and mickey cochrane (35.4%).
the fact that young was not included in the first class boggled my mind as a young fan, and it wasn't until much later that i learned he was likely excluded due to confusion over the voting. for the first class, there was a veteran's committee set up to vote for players from the 19th century, while the writers considered 20th century players. cy young played in both centuries, and garnered about half the vote from each committee. because of the fact that even then the writers were limited to 10 players on their ballots, my guess would be that many writers left young off of their ballot thinking that he would be given greater consideration by the veteran's committe, and vice versa.
the other thing i find interesting about that first year of voting is that active players, such as hornsby and cochrane, received votes. they were at the end of their careers, but even guys like lou gehrig and jimmie foxx, who didn't finish his playing career until 1945 received votes. it seems that there was better guidance given in subsequent years, and so all of those players waited until their careers were over to be inducted. gehrig, of course, was elected through a special election following his retirement during the 1939 season so that he could be inducted in the classes enshrined at the opening of the hall that same year.
i really appreciated seeing these cards at the 60th anniversary of these players being voted in as the first hall of fame class, and it remains one of my favorite subsets that i've completed outside of the full set.
Posted by gcrl at 7:55 PM