brooks is here. so is red.

courtesy of kit young cards, i now own a brooks robinson rookie card 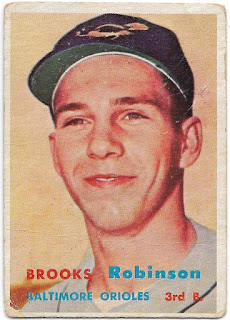 it's one of the gems of the 1957 topps set, and i thought i'd be waiting a lot longer to add it to my set build. that was before this card was offered up for sale with a very reasonable (below current market) buy it now.  here's the back: 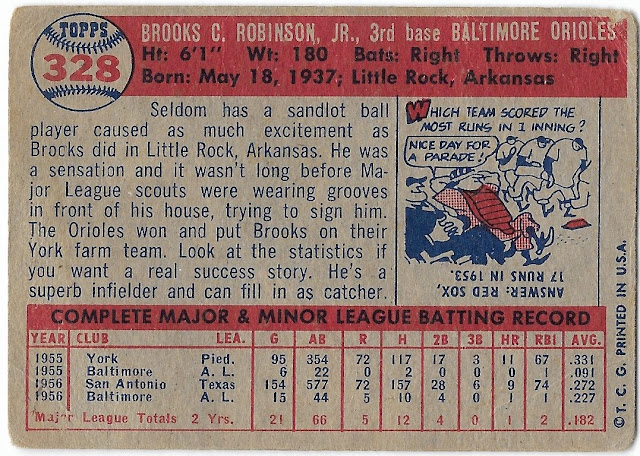 the text is a bit interesting in that if you actually look at his stats, you would not be impressed although he was still a teenager when he put up those stats. still, topps nailed the fact that he was a superb infielder. brooks never did catch as a pro, but i am sure he would have excelled there, too.
i first bought a card from kit young back in the late 1990's when i was still living in california, and many of my vintage sets include cards from them. always an easy and confident transaction!
i should note that i also have the red schoendienst card from the 1957 set, and i've had it for awhile. i didn't bother to scan it - i just wanted to reference it in the title of the post.
"get busy livin' or get busy dyin'. that's goddamn right".
Posted by gcrl at 7:55 PM