i am glad that i signed up!

in my mind there is really only one law of trading (as long as you assume that trading means both parties actually send cards to each other), and it is similar to the golden rule: swap cards that are commensurate with your trading partner's expectations. want to trade by book value? that's fine, although i can't recall the last time i entered a trade like that. blind trade? that's great, but first time blind traders should have an idea of expectations. more often than not, the trades i am involved in are of the ongoing back and forth variety in which we figure things will work out in the end. those are the best kind of trades, and they speak to the quality of trading partners we typically deal with.
back in april of 2020, i commented on a post at my sports obsession in which jeff asked for trading partners for his cousin who collects braves inserts and parallels. by then, (like most) i was working from home and paying more attention to my collection than i had been during the previous year, so i figured why not swap some cards. indeed.
since then, kevin and i have sent cards back and forth 3 or 4 times - braves for dodgers. the haul has been amazing. hundreds of cards including short prints, inserts, variations, parallels, game used, and autographs. here are shots of a couple of the boxes i've received: 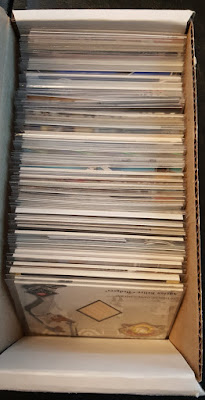 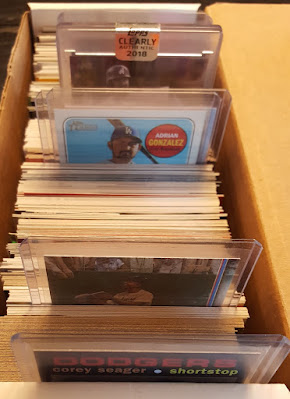 i took the time to scan some cards from the third box i received, so hold on 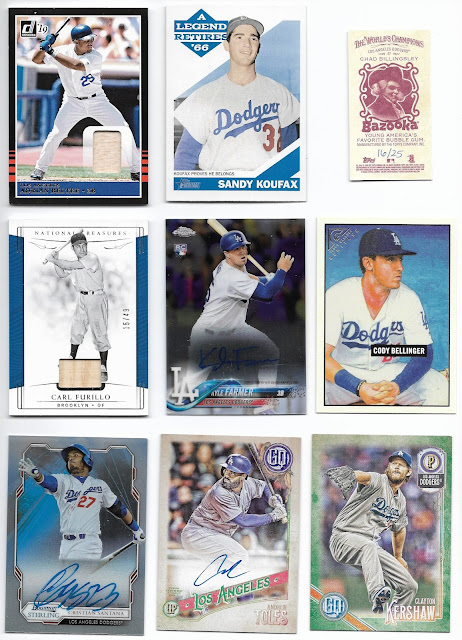 some good stuff here, including a 2008 topps allen & ginter chad billingsley bazooka back and a carl fuillo relic 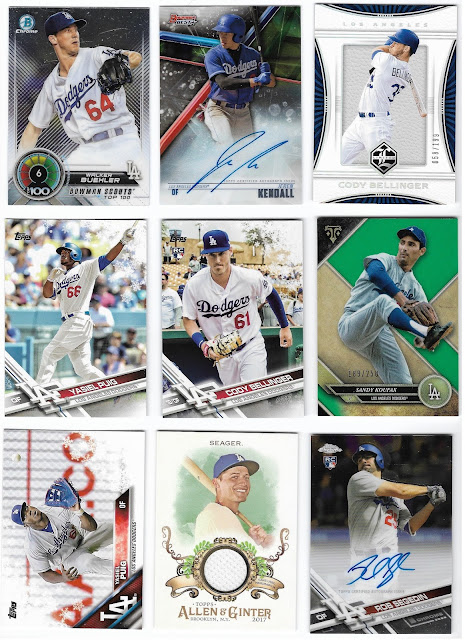 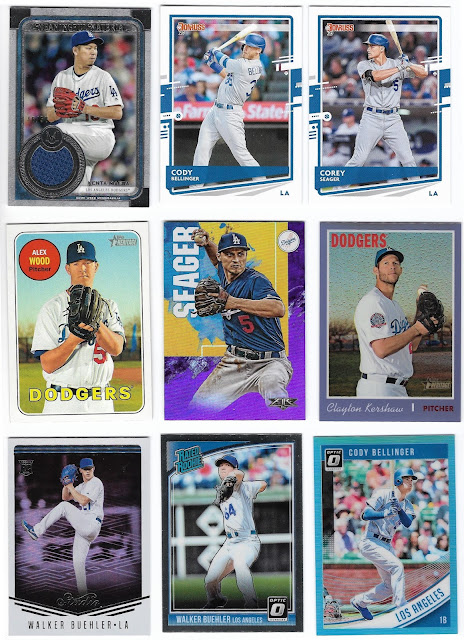 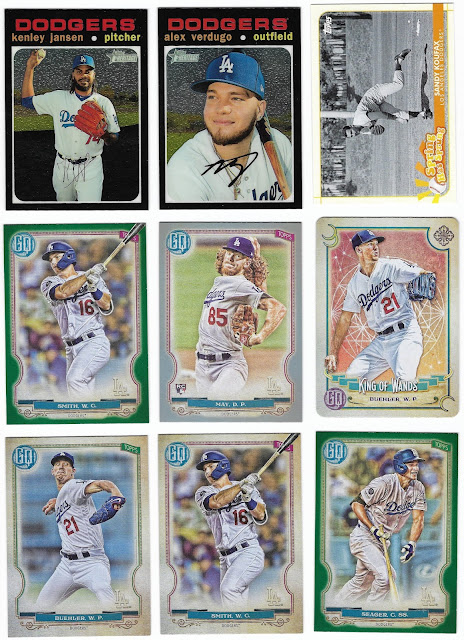 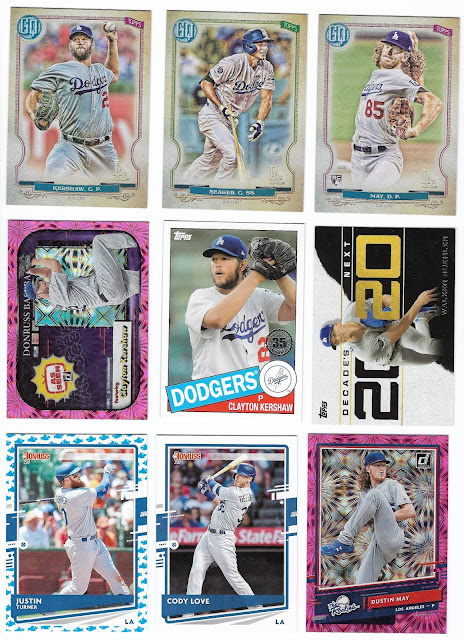 just a bunch of parallels and variations and what not. i had a lot of fun going through the cards that kevin sent.
one card that arrived in the first box that really had me scratching my head was this one: 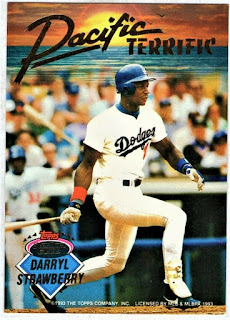 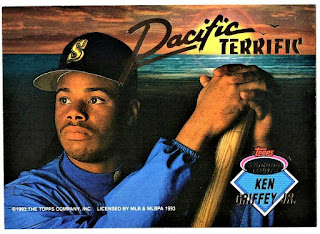 i had never seen one of these before, despite thinking i had all of the dodger cards from 1993 stadium club. i had no record of a "pacific terrific" insert being available, but then it all made sense when i found that this was actually the "superstar duos" insert - the same insert set that topps revisited in this year's stadium club release.

i am hoping to get another package from kevin at some point - i am glad i signed up to trade!
Posted by gcrl at 7:55 PM