the world series is set to begin tomorrow!
there were some cards i acquired during the last few months that have a fall classic theme and i figured now is the time to show them.  2021 leaf lumber included a "fall classic" subset, and steve garvey appeared on two of the cards. the first celebrates the 1977 world series between the yankees and the dodgers: 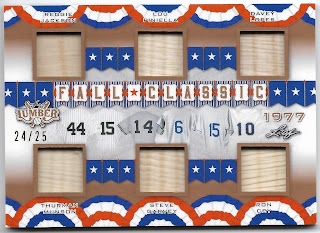 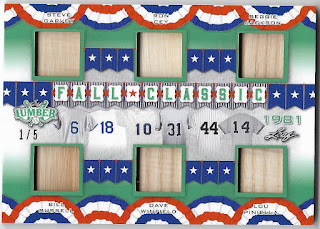 the 1977 world series is the first baseball viewing memory that i have, so i considered chasing as many versions of this card as i could get my hands on. in the end, i settled for just the bronze version. for the record, the dodgers on the card are steve garvey, davey lopes, and ron cey (no bill russell - boo!). the yankees are reggie jackson, thurman munson, and lou piniella. for the 1981 version (of which i have the emerald parallel), lopes is replaced (boo) by russell (yay) and munson is replaced by dave winfield, aka "mr. may".
i also picked up a 2004 donruss world series relic card of steve garvey that i didn't previously own 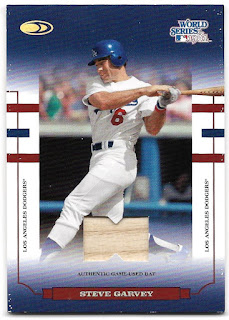 it's a bit knocked around, but it is numbered to 50 and is 17 years old, so i didn't worry about the condition.
last but not least is this 2002 fleer fall classic rival factions card featuring garvey and tony perez 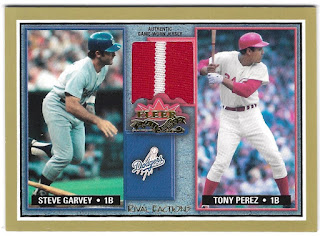 i bought it because it features a variation of sorts in regards to the jersey piece representing perez on the card. i have a few different versions of this card already 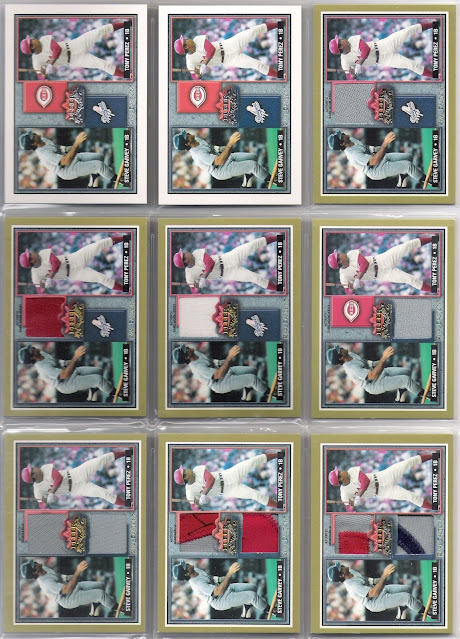 but not one with the white stripe. it's a shame that one of these cards will be on a separate binder page. oh well, on to the world series!  any predictions?
Posted by gcrl at 7:55 PM