1997 dodger cards in more ways than one

i tried to get to as many dodger games as i could in 1997 before i moved to minnesota that summer. i even made a couple of stops at the stadium on off days as i was returning to the office from some project meetings in glendale and just sat in the seats and looked out over the field. i doubt they let people in the park these days like that, but they did back then.
one game i went to was on may 25, when a coworker and i were able to use the company season tickets and catch the braves. it was a sunday, which meant autograph stations, and todd zeile was our guy. he signed my scorecard 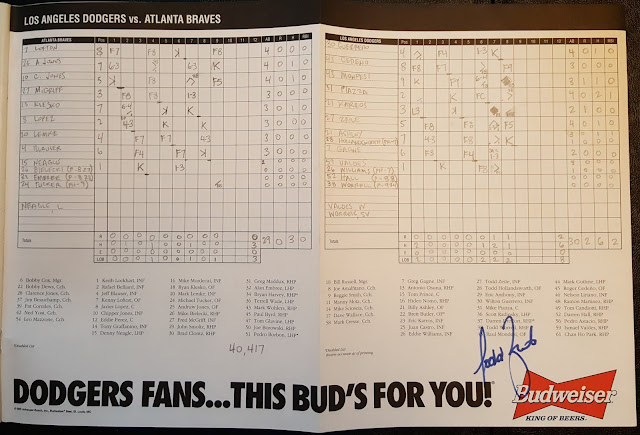 after the lady in front of me spent a couple of minutes asking him if he knew steve sax and telling him how saxy was her favorite player. anyway, the dodgers won which was nice.
the program had a few references to baseball cards, including an article about greg gagne, who was photographed holding some 1997 score dodger team wax cards 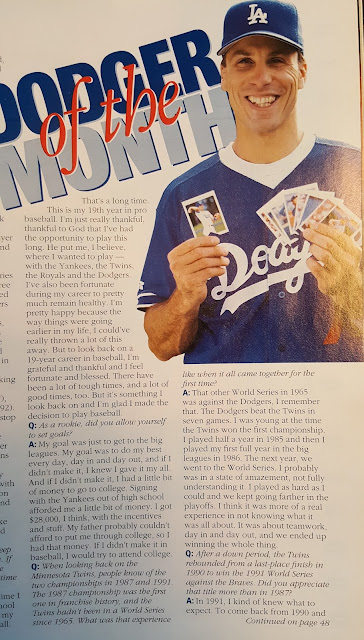 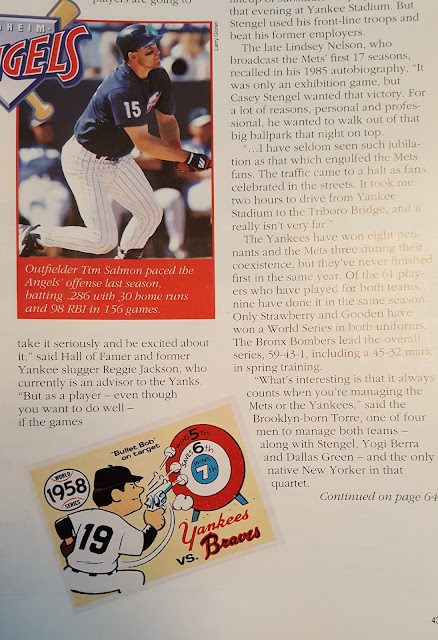 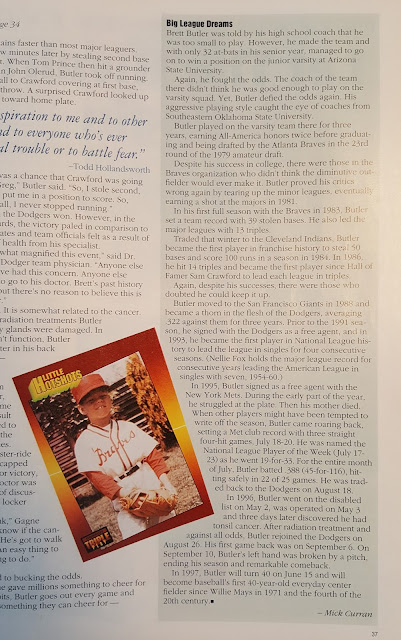 the dodgers had a card giveaway (in addition to the mother's cookies and police giveaways) in 1997 that featured their recent run of five consecutive rookies of the year (eric karros, mike piazza, raul mondesi, hideo nomo, and todd hollandsworth), plus jackie robinson - the first rookie of the year - as the team and mlb as a whole took note of the 50th anniversary of jackie's debut. here's the set: 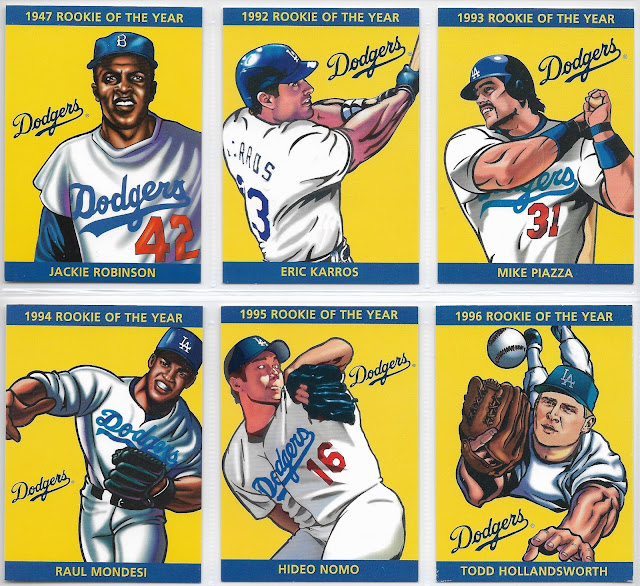 not sure why jackie was drawn wearing a dodger turtleneck. here are the backs: 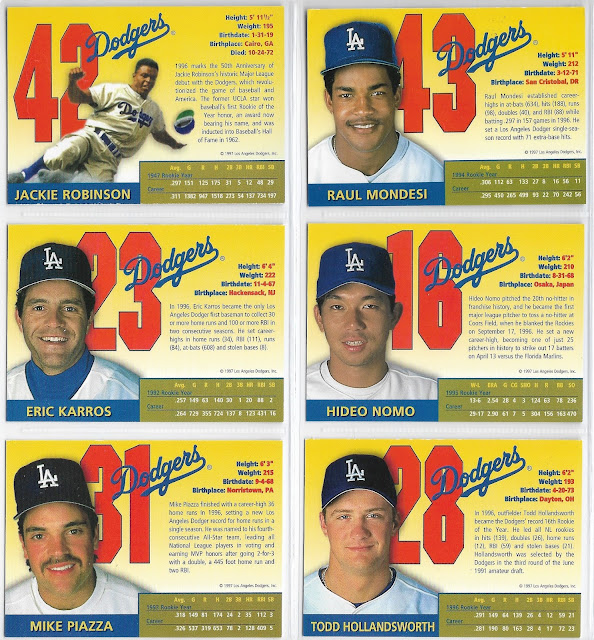 i don't recall if this was an opening day giveaway (i was there that day, too) or from a different day.
the dodgers issued a set in 1995 to their season ticket holders of cards featuring all of their rookies of the year to date, and it's a pretty decent looking set. i thought i had posted about it before but i can't seem to find it. sounds like a future post! stay tuned...
Posted by gcrl at 7:55 PM