it was in 2001 when i finally realized that i would likely never own a copy of every steve garvey card. that was the year that fleer, in their platinum release, included steve garvey buyback autographed 1987 cards in their rack packs. the cards were numbered to just 15, and i don't think i have ever seen one for sale on ebay or anywhere else.
so, it wasn't an issue for me in 2005 when i counted a total of 387 cards issued for garvey by donruss, fleer, leaf, topps, and upper deck - many of which were low numbered parallels. still, i tried to find as many of them as i could, and i spent a lot of time and money in doing so. these days, the hunt continues (although it is fairly casual) as i have only added 128 of the available cards to my collection. that includes the cards i am going to show in this post; cards that i've added over the last year or so.
first up is a 2005 donruss greats souvenirs signature card 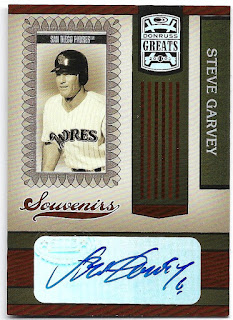 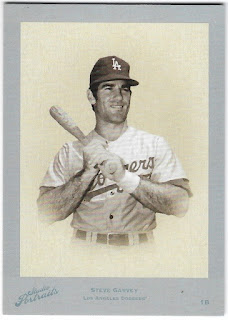 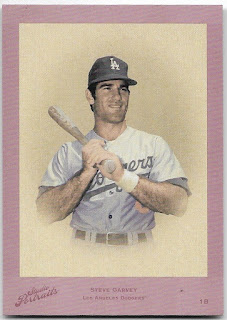 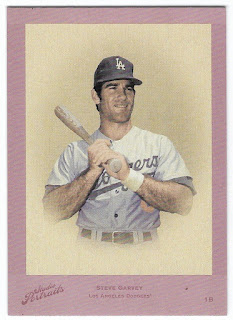 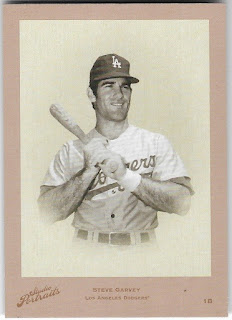 as you can see, the differences are in the borders and the color tone of the image. you might think that those middle two are from the same card, but you would be mistaken. that's because there are variations on the back! see for yourself: 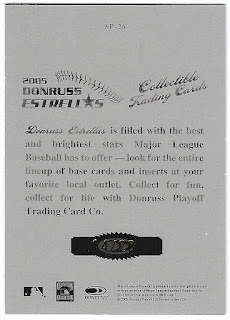 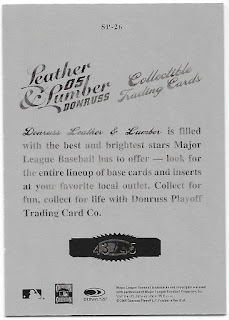 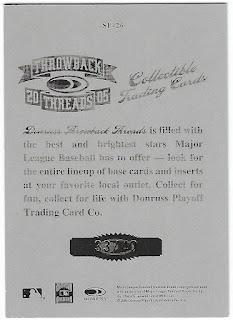 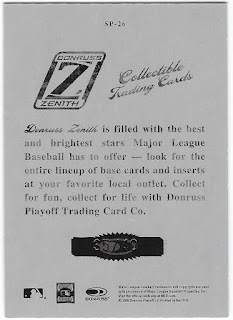 the variations were based on different donruss products, and these four represent estrellas, leather & lumber, throwback threads, and zenith, respectively.  that means that those middle two are both "red" parallels, but one is the leather & lumber red and the other is the throwback threads red. make sense? it shouldn't really.
topps was not immune to parallel-itis back then, either, although they did not go to the extremes that donruss did.  here's a topps all-time fan favorites gold refractor of the garv 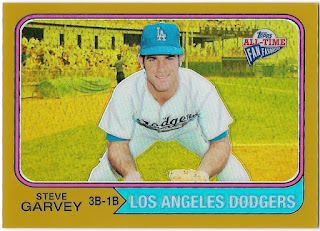 it's numbered to 25, as you can see on the back 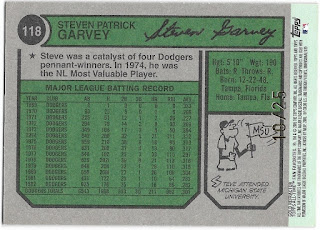 there was a regular refractor that had a print run of 250, plus an autograph and an autograph parallel that is numbered to 10. of those i am only missing the autograph /10. and then there are the printing plates of which i have none.
note that i haven't shown any cards from donruss' diamond kings release which also included a huge number of garvey cards - 56 of them to be exact. i don't think there are enough colors, emojis, or foil variations that topps or donruss could come up with to top the number of parallels that they churned out in 2005, but i suspect i will be asked to "hold their beer" in the next couple of years.
Posted by gcrl at 7:55 PM