long time coming but still not quite there

as a younger fan and collector of cards back in the early 1980's, i certainly thought that the dodger infield of steve garvey, ron cey, bill russell, and davey lopes was worthy of a record breaker or highlights card in 1982 given that they played together for as long as they did - longer than any other foursome. of course, russell missed much of the 1975 season due to injury, and lopes missed about half of the 1981 season with injuries as well, but they still played together for over eight years - from june 23, 1973 until the final out of the 1981 world series. it turned out that i had to create my own custom card about 30 years later.
not much had changed in the card landscape since my post over 11 years ago lamenting how close some cards had been to featuring all four of these guys together.  so, when i saw the 2021 leaf lumber checklist, i was gobsmacked.  there was going to be a card of the four infielders as part of the "bat rack four" subset! my excitement was slightly tempered by the fact that it was leaf producing these cards, but still!
i wound up trying to complete the rainbow. i am currently short of that goal, but i do have these to show off - first the bronze (base) version: 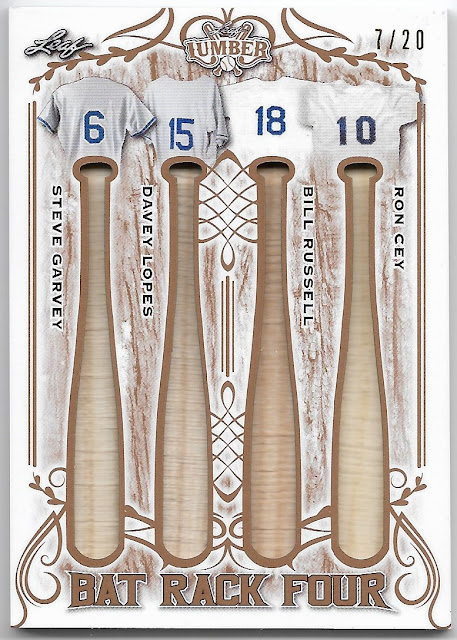 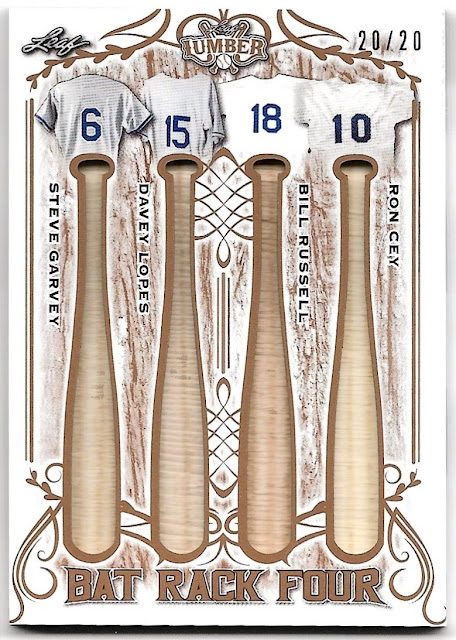 leaf goes for the more standard ordering of the four - from first base to third base around the horn - rather than my preference for garvey, cey, russell, lopes.
the numbering falls off pretty quickly, with the purple /9 being the next most common version: 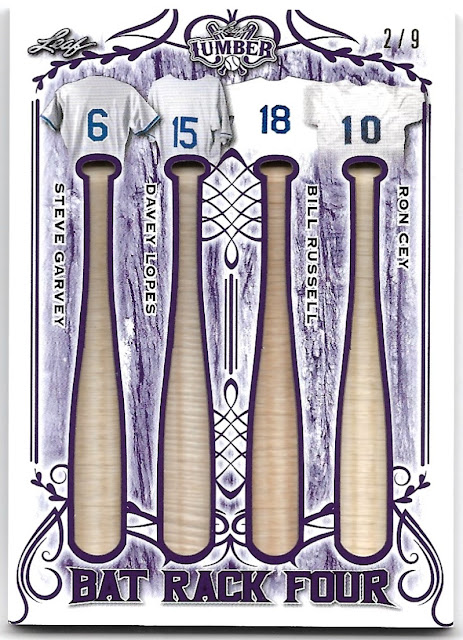 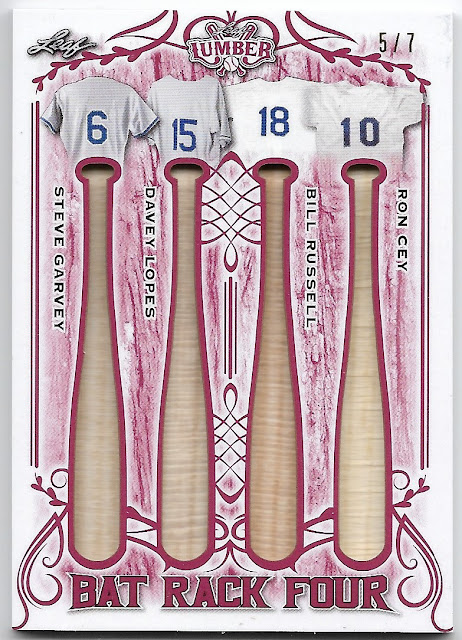 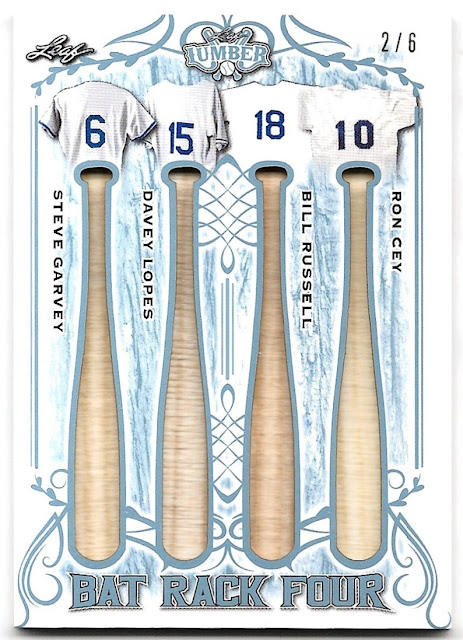 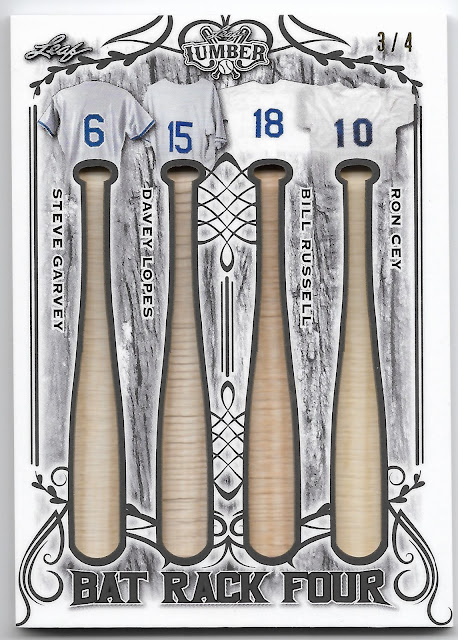 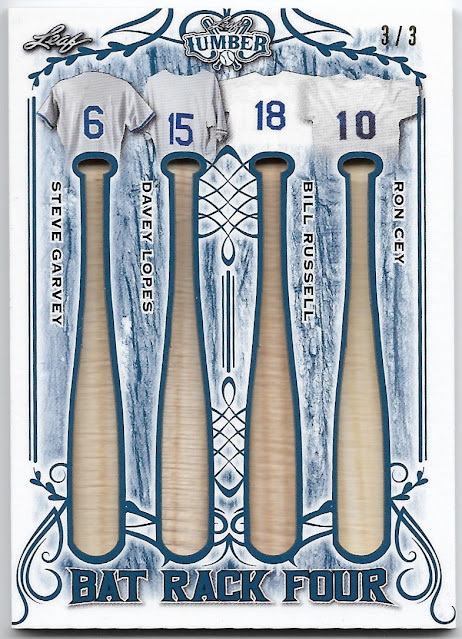 there is also a silver parallel that is numbered to 2 which i am missing, but i do have the gold 1/1: 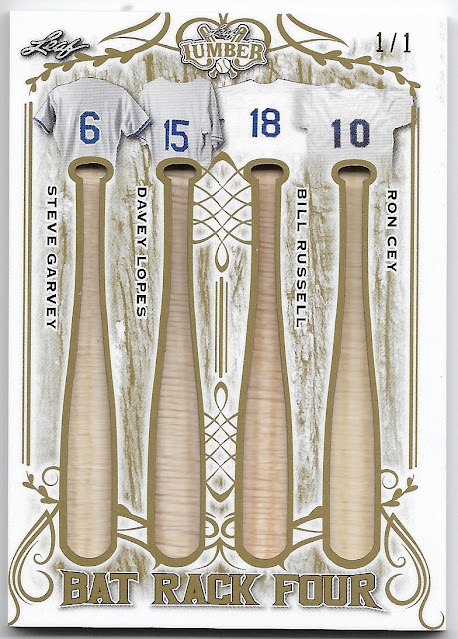 seven out of nine isn't bad!
here's the back: 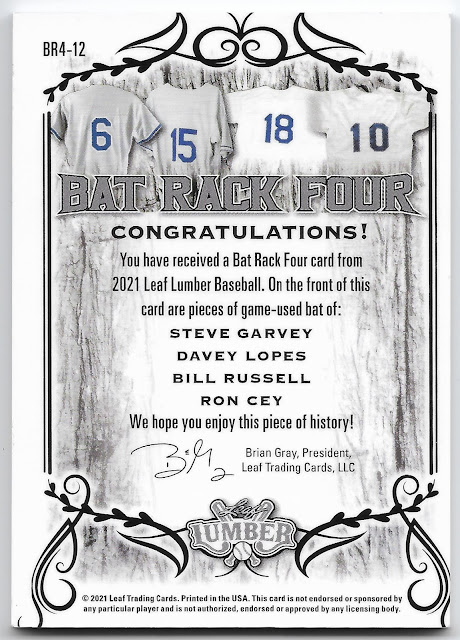 i do enjoy this piece of history, thank you very much! now let's get a card with a photo of the four together - i'm thinking 2022 topps heritage would be a great place to start with a baseball flashbacks card taking us back to that fateful day in june of 1973.
long live the infield!
Posted by gcrl at 7:55 PM