online shopping in the spotlight

happy black friday everyone! find any deals at your lcs or comc? i avoided card shopping today, but i did purchase some cards from a topps online only set a couple of months ago. this was a set from their topps x collaborations called "spotlight 70 featuring andy friedman". at the time that the checklist was released, all i knew was that these would be watercolor interpretations of existing cards of former players, including steve garvey. the only card image i saw was a 1988 topps david cone rendition, but i had hopes of seeing garvey's 1978 or 1974 topps card reimagined as part of the set.
once the cards were printed and delivered, i found that garvey's card looked like this: 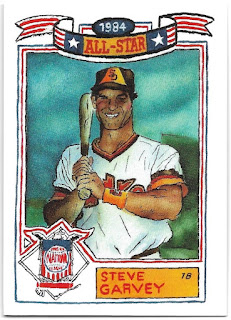 that is a take on his 1985 glossy all-star card 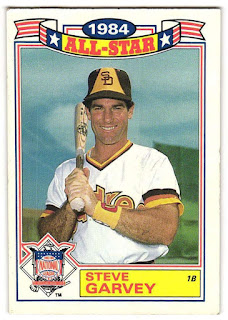 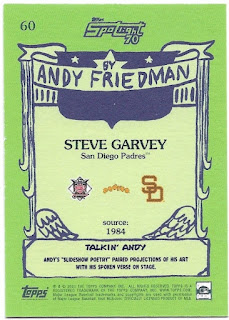 and here's the original back: 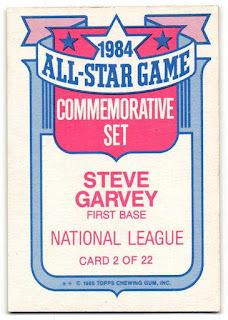 i can see how the source for the new card is listed as "1984", but it's really a 1985 card.  i'm not disappointed, simply because i like having new steve garvey cards to add to my collection.  of course, there are parallels, and i added a couple of those, too.
this is a glossy parallel 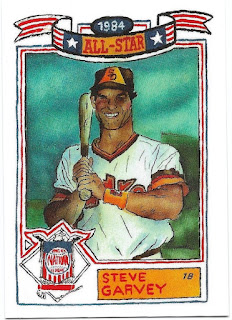 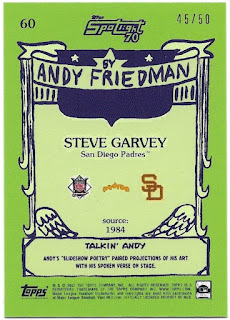 and this is a spotlight 70 logo parallel

there are red backs (numbered to 10) and rainbow foil (numbered to 5) versions, as well as color test prints (think printing plates) each of which are 1/1. there are also sticker auto versions, and i thought i saw an artist proof version numbered to 25 as well, but i don't see that on topps' website.
there were 4,332 sets printed if i understand their print run data correctly - these were sold in 10 card packs so i don't know if that is the number of packs or the number of complete 70 card sets printed. anyway, it's something different, that's for sure!
Posted by gcrl at 7:55 PM