the answer to the question posed in the title of the post is no. however, it was a byproduct of joining a recent breakers club hosted by nachos grande. the real attraction for me were the 2021 boxes being opened, so i went along for the ride as far as the boxes of 90's and 00's product. it turned out that there were a couple of cards i was able to add to my collection from the other boxes, so that was a bonus.
this 1993 leaf carlos hernandez card 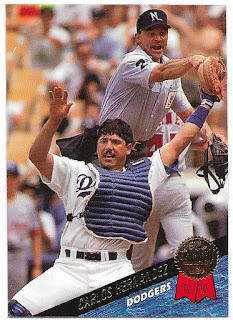 was not a need in any way, shape, or form, although i suppose it technically is a card with dodger stadium in the background. i chose not to add it to that mini-collection, but i did look at baseball reference to figure out that the card shows the aftermath of a play at the plate from a game on july 8, 1992. that's expo pitcher brian barnes walking away in the background after being nailed at the plate by marquis grissom to preserve a 0-0 tie in the 7th inning. the umpire making the call is bill hohn.
i didn't need this 1993 leaf mike piazza gold leaf rookies insert for the team collection, either 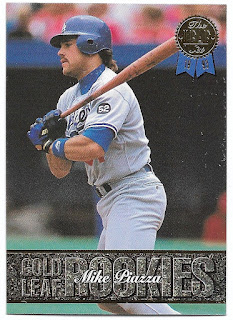 but i did add it to the dodger stadium collection, thanks to the sweet back: 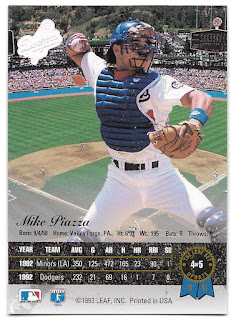 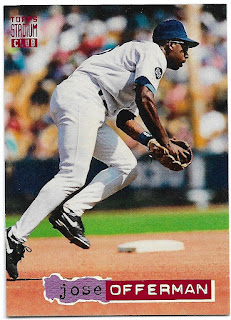 except it features dodger stadium on the front.
1996 leaf preferred was another box included in the break - here's mike piazza's card 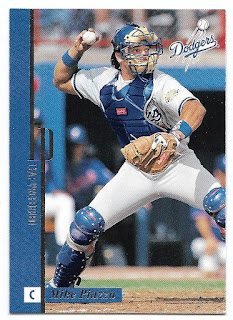 as was 1997 leaf. i was able to complete my team set from that release, thanks to this hideo nomo card 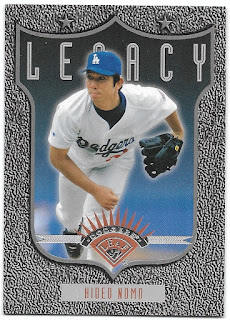 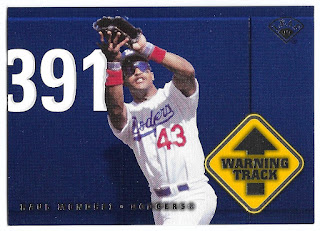 i also received a couple of these "inserts" 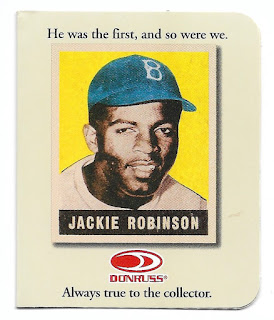 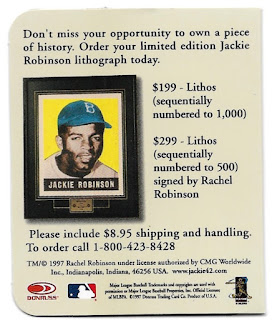 that were an add for a reproduction lithograph of jackie robinson's 1948 leaf card.  cool.
there were some boxes of pacific product included, such as 2000 aurora, which netted a complete dodger base set (which i already had), plus a parallel 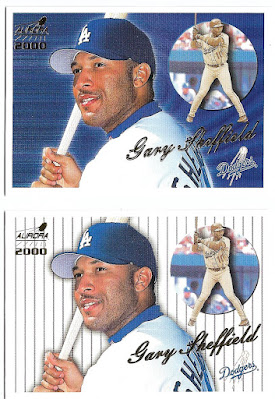 the pinstripe card is the parallel, by the way.
another pacific product was 2000 vanguard, represented by this kevin brown card 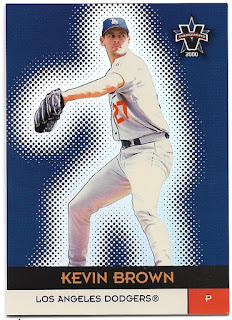 and 2001 private stock with gary sheffield's card shown below 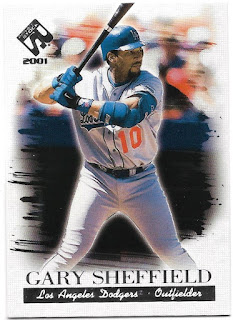 i remember these tobacco sized minis being somewhat of a rage back in 2001 with this release.
finally, there was a box break of 2002 topps ten which was an interesting product 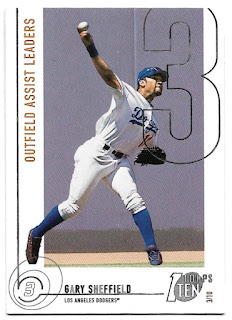 i scanned a gary sheffield card as an example for the set, but it was a nick alvarez card that i received that completed my dodger team set for this release.
there was a 2020 bowman platinum gavin lux card thrown in 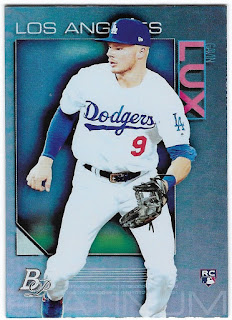 but i don't think that set was part of the box break.  still cool though!
so now we get to the 2021 cards that were the reason i joined the break. first up was topps series 2, and i think i wound up with a complete dodger team base set. that included the championship fireworks card 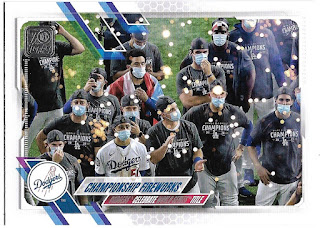 that seems disorganized. where is the basic team photo with the trophy? i can't believe that photo never made it on to a card.
the only insert i netted from this box was a decent one - max muncy's 1986 35th anniversary card, or its blue parallel 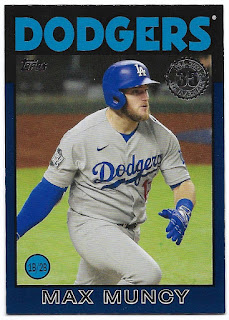 to be exact.
2021 topps gypsy queen was a good box for me. here we have justin turner's base card, next to the missing nameplate variation 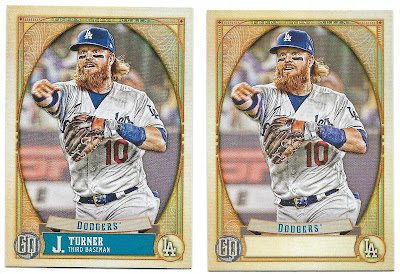 but the big hits were a chrome keibert ruiz box topper 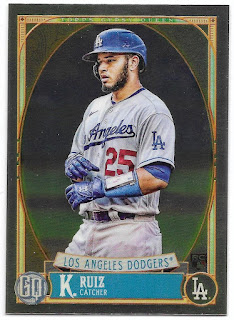 and a mitch white scribble autograph. 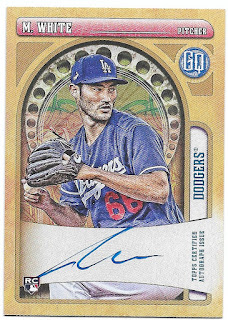 gypsy queen has been a good source for some dodger autographs in the past few years for me, although i've only ever pulled a twins auto (jose berrios) from a pack of gq.
the last box to be represented is 2021 stadium club, and this justin turner 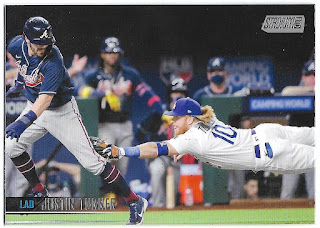 and this brusdar graterol card 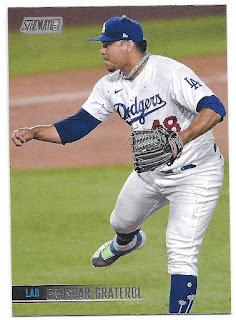 got me one card away from completing the team set.
the big finale now - i was lucky enough to have this 2021 topps stadium club cody bellinger triumvirates red parallel card get pulled 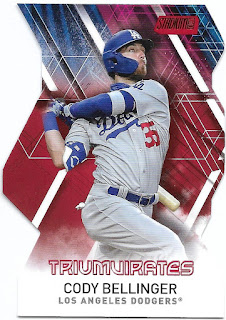 that is a case hit apparently, so not a bad card to end on. thanks nachos!
Posted by gcrl at 7:55 PM