putting the (big) hurt in my collections

i was still set collecting back in 2009. i would buy two boxes of topps flagship (both series) and update, and hand collate sets that way. i had been doing that since 1978 - the hand collating part, anyway. i think i started buying the packs by the box in the late 1980's and upped it to two boxes in the mid 1990's.  i stopped this practice in 2010, and hadn't kept up with any of my non-steve garvey player collections since 2002. the point here is that in 2009, i pulled this 2009 topps frank thomas card 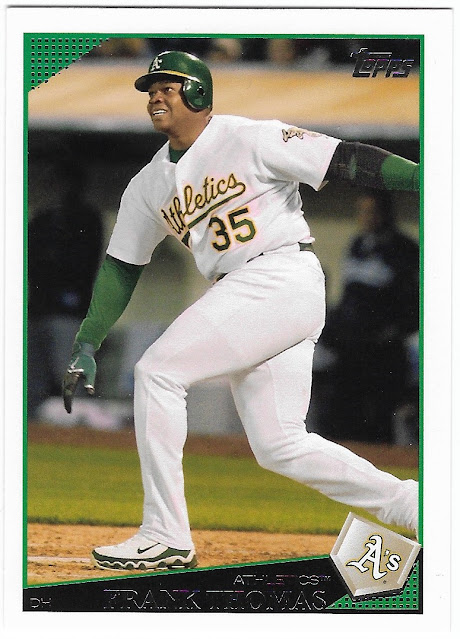 from a pack and it went in to my set build.  lost on me at the time was that i would need a second one for my final tribute collection, as frank thomas finished his career with the 2008 season but didn't formally retire until just before spring training began in 2010. here's the back of the card: 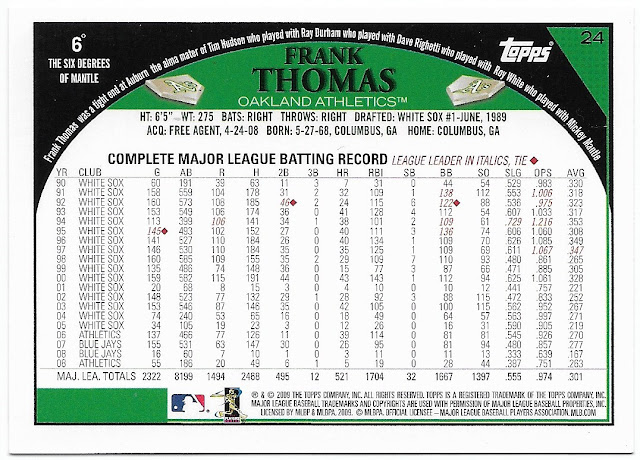 those are some hall of fame stats on the back! sidenote - it is weird that topps used thomas' auburn connection to tim hudson to get to ray durham in the 6 degrees of mantle thing as thomas and durham were teammates on the white sox for many years. even stranger is that they used durham to get to dave righetti when thomas and righetti were also teammates on the 1995 white sox.
i recently picked up a duplicate of this card for said collection, and also rummaged through some monster boxes in the basement to see if i had any of his other 2009 cards. as it turned out, i was able to add his 2009 upper deck card 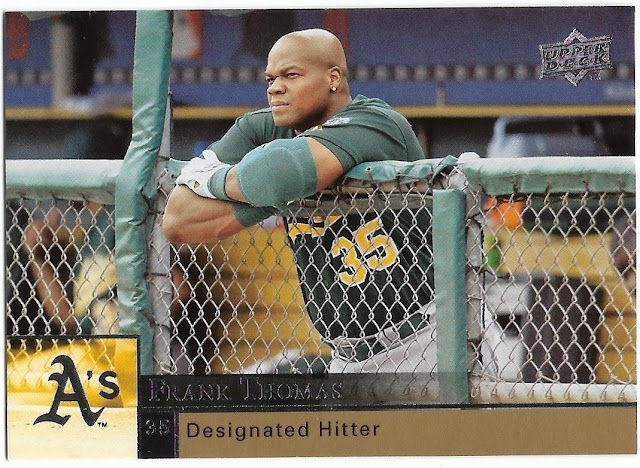 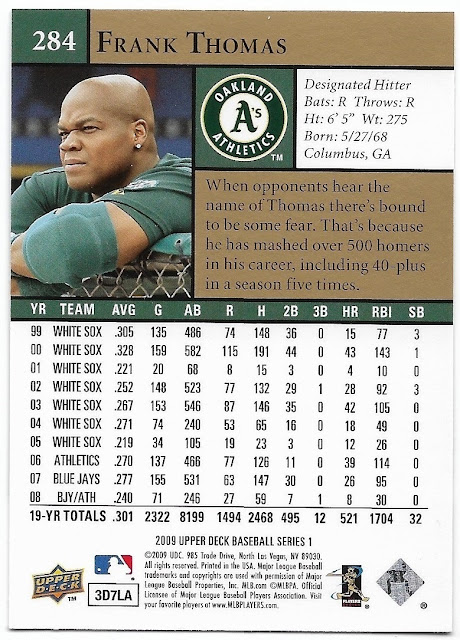 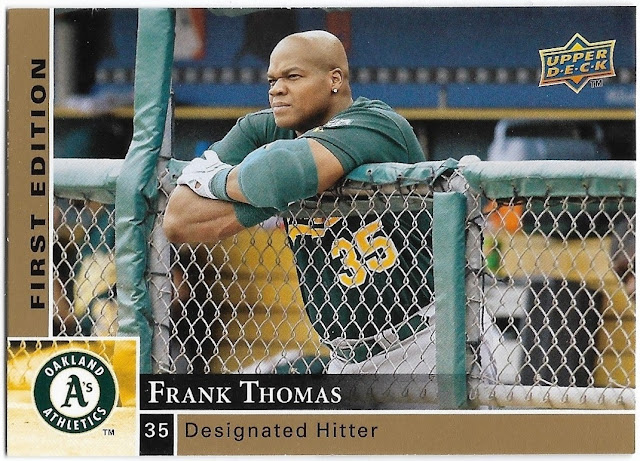 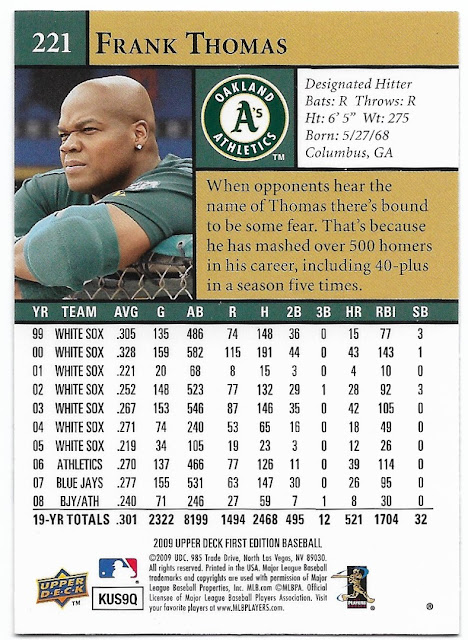 and his 2009 upper deck goudey card 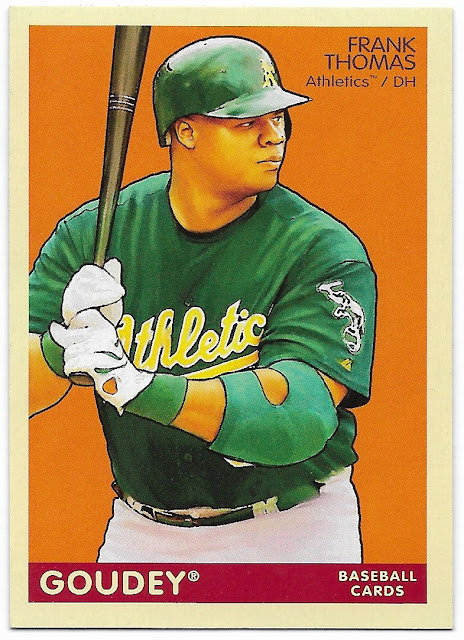 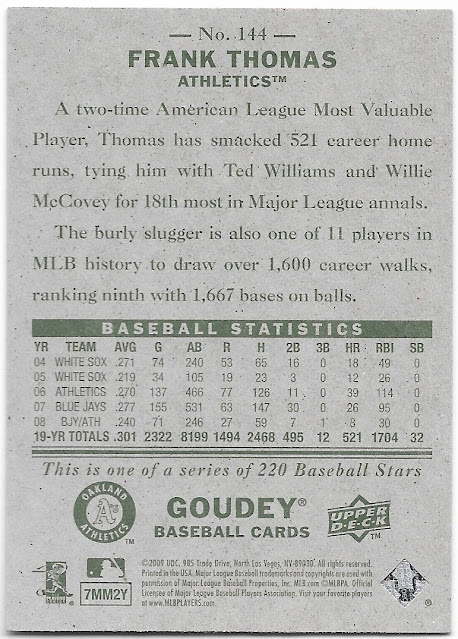 to the final tribute binder.
thomas was definitely a guy that i built a pc of from his debut until 2002. those cards sat for a long time in binders and then boxes, and i took advantage of the pandemic to sort through most of them. i found a couple more cards to pull into a different mini collection as a result - these 1999 topps opening day and flagship cards 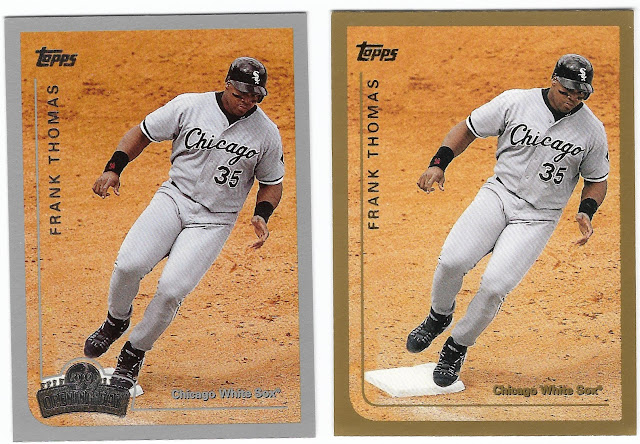 will slide in to my tatooine collection nicely.  and she'll love it, too.
Posted by gcrl at 7:55 PM