two tickets, a schedule, and a padres postcard

having a couple of generic "garvey" save ebay searches provides a glimpse in to the vast array of non-card collectibles that exist within the ephemera landscape and beyond. i was, at one time, hesitant to add non-card items to my steve garvey collection, but i have softened that stance over the years. i still have a line drawn somewhere, but it has migrated before and may again.
i mentioned the saved "garvey" ebay searches - the first items i am going to show in this post actually came about thanks to a different saved search in which i saw a 2012 dodger ticket stub that featured sandy koufax. the dodgers have, like other teams, issued tickets with active and retired players throughout the past decades. the earliest examples i recall seeing were in the 1990's. anyway, i figured there might be a garvey ticket from 2012, and found two. 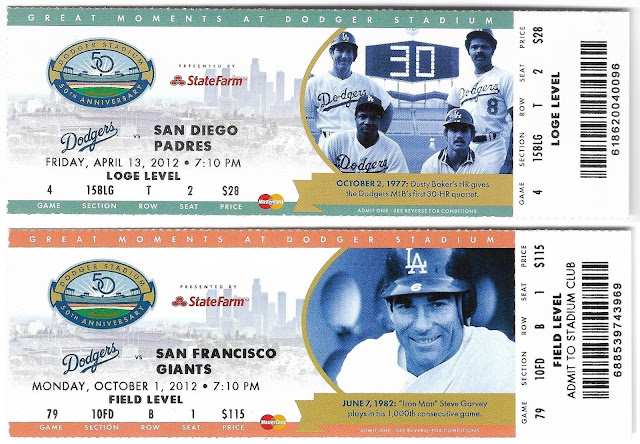 these will go with other dodger tickets in my garvey collection from 1996 and 2008.
i was also alerted to the existince of a 1979 dodger spring training schedule that featured garvey thanks to my saved ebay searches. i missed out on the first one i saw, but stumbled upon another in late december of last year 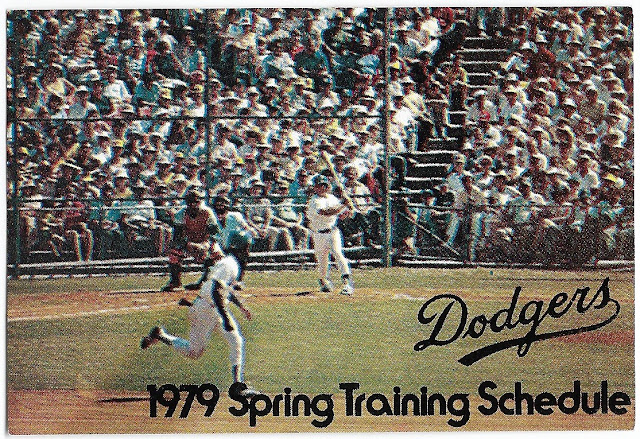 that's definitely garvey at the plate, and i would guess that bill north is the dodger baserunner. i was surprised to find when it arrived that this schedule is "card"sized, and not a typical folded pocket schedule.  here's the back: 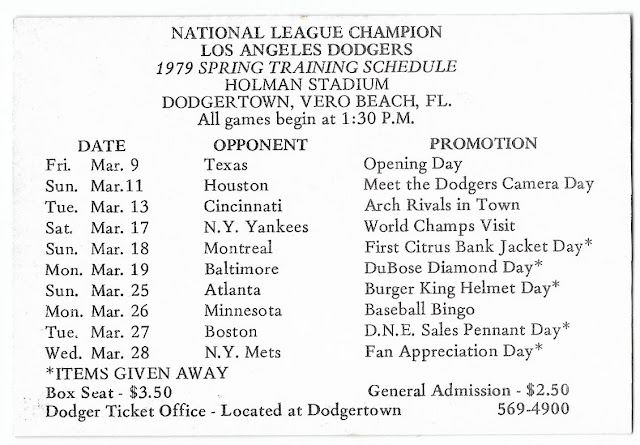 i can't say i was aware of giveaways at spring training games. i've only been to three spring training games in my lifetime, and there weren't any offered at them. i like that the reds were listed as the dodgers' "arch rivals". back then, i certainly considered them more of a rival than the giants thanks to the success of the big red machine.
the last item for this post is this postcard-sized item 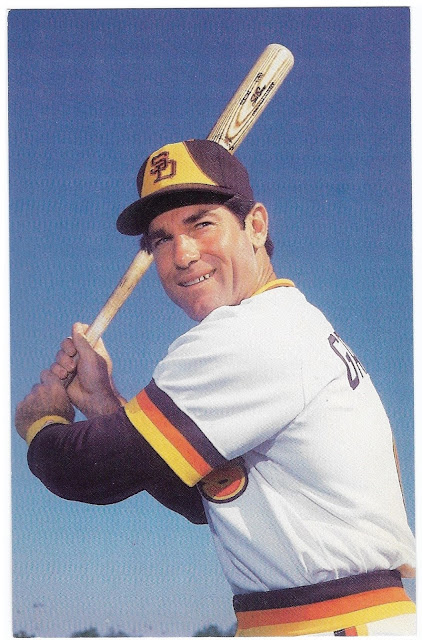 this appears on the steve garvey beckett checklist as a 1983 padres team issue. it is postcard sized, but not a postcard per se, in that the back is blank. it is from 1983 for sure, given the uniform and lack of the "rak" patch on the left sleeve. this item is not particularly rare, however they usually show up as autographed. in fact, i own one of these that has been signed by the garv. i was able to add this one as part of a partial set of these cards, and i've sent the others on to rod. hopefully he can use them.
i also bought part of a steve garvey collection that included mostly oddball items in late december. i am still going through it and parsing out what i will keep and what i will let go. i'll be sure to share some of those items in the future, but in the meantime, be sure to check out fellow garvey super-collector mrmopar's blog for some great and unique garvey oddballs!
Posted by gcrl at 7:55 PM