a pack to be opened now, 30 years later

i won a prize pack from brian at highly subjective completely arbitrary recently for guessing that his next vintage set build is the 1974 topps set. there were lots of great dodger cards in the package, and i'll show those later, but he also included an unopened pack of 1991 o-pee-chee cards. oh my o-pee-chee! 30 year old cards and gum to be unwrapped - let's give'r and see if we can make it four posts in a row with a frank thomas card, or if there is a chipper rookie waiting inside.
here's the pack: 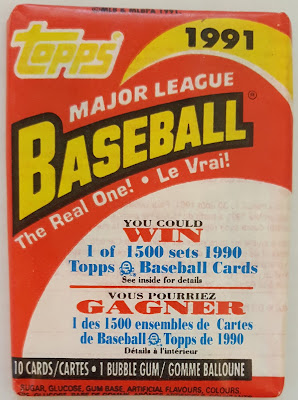 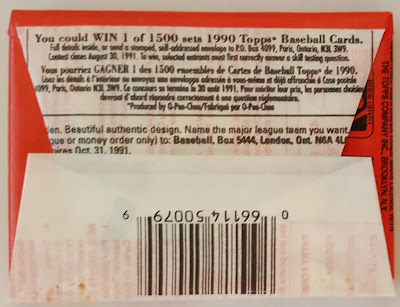 the back also had a mail-in offer for a team pennant.
so i opened the pack and was greeted by a steve crawford card back. 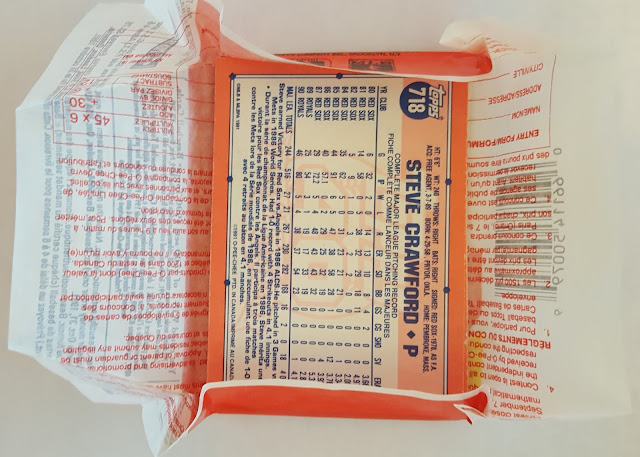 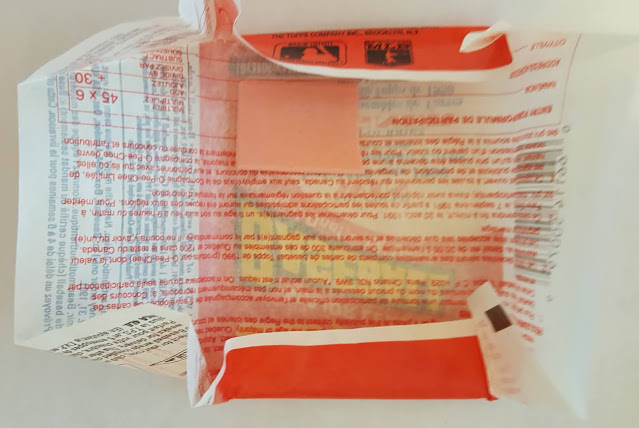 half of the stick of gum was missing.
no, it was just stuck to the back of todd hundley's card: 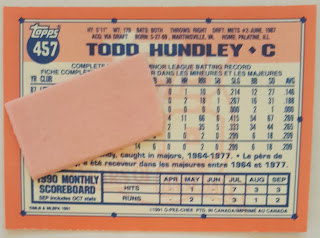 i mean, it was really stuck 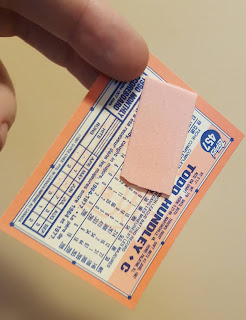 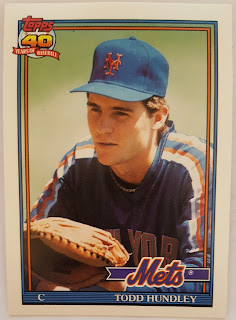 there is no sign of the parasite that sits adhered to the back. there is also no sign on the front that the card is o-pee-chee, but i've covered that before.
here are the other nine cards from the pack, in three card groups, and i will try to say something about each card:
willie mcgee, cecil fielder, tom henke

a text variation from mcgee is the only sign of the o-pee-chee-ness of these cards.
the fielder card isn't even the best 1991 topps/o-pee-chee card to feature big daddy.
it's always good to find a canadian team represented in an o-pee-chee pack.
ron robinson, tim jones, terry kennedy

ron robinson was justin turner before justin turner.
tim jones had a banner year in 1990 - he hit his only big league home run, and he made his only big league pitching appearance (during which he retired hall of famer larry walker)
the terry kennedy card is probably my favorite in the pack. it features the other mets catcher, mackey sasser, with a blurry view of the giants' retired number placards in the background.
darryl strawberry, willie randolph, steve crawford

another text variation thanks to daaaaaa-rryl.
willie randolph only played in the national league for a small part of his career, and he hit only 3 home runs as a dodger. the only home run he ever hit in dodger stadium, however, came in the 1981 world series when he was with the yankees.
steve crawford spent the 1988 season in the dodger minor league system. i remember him most for being the winning pitcher in game 5 of the 1986 alcs. what a game that was.
not a bad pack, even if there were no big hurt nor a chipper jones rookie.
bonus content!
i was looking around for other examples of cards with gum stuck to them, and i found an image of this 1981 fleer dan driessen card: 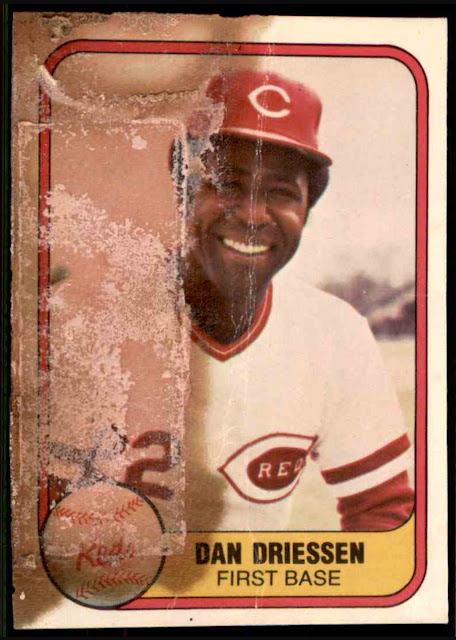 that's nasty. i recall donruss' gum being the worst of the three in 1981, but i might reconsider that thinking after seeing this.
Posted by gcrl at 7:55 PM