no black friday shopping but some recent card show shopping

there was a "bonus" card show a couple of weeks ago here in the twin cities. hosted by one of the local card shop owners, this is a semi-annual show at a church in a minneapolis suburb. i've attended it a few times, however it had been likely three years since i last made it to check out the wares.
i made a loop to see if there were any bargain boxes about. having completed my 1957 set and only missing high number dodgers from 1953 topps means i don't spend much time looking for vintage anymore. after the first lap i was kind of wondering why i had driven out to the show. there were a lot of slabbed cards and memorabilia and vintage but i didn't see any 2022 archives (was hoping to finish the 1978 subset) at all.
i finally stopped at a table that had a monster box out with what looked like base cards in it. i thumbed through a bit, saw enough to intrigue me, and asked the seller what his pricing was. by this time, the guy was fairly engrossed with four teenagers who stopped by to show off some panini prizm/mosaic/shiny basketball singles. he told me that sleeved cards were a quarter and unsleeved were a dime. fair enough. i found 50 unsleeved cards and gave him five bucks.
i found stuff like this: 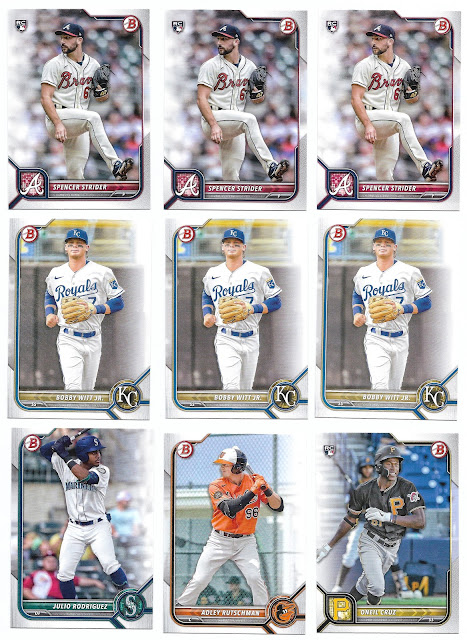 there were a couple of those spencer strider rookies that were sleeved but these three were not. same with the bobby witt jr. cards.
i also found these 2021 topps chrome update purple refractors 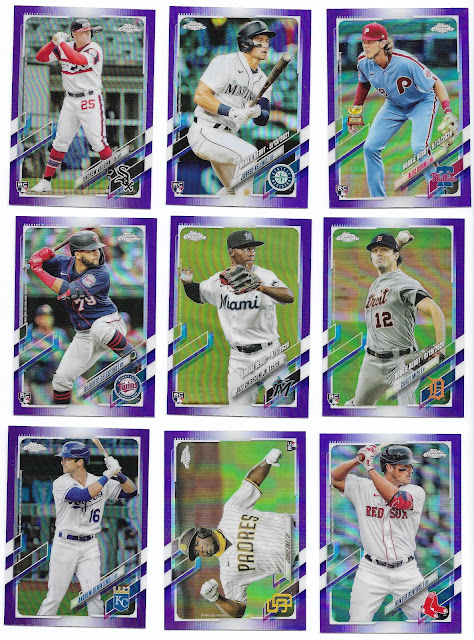 it seemed like this guy was interested in rookies but didn't care to price them up.
there were a few loose dodgers, too. 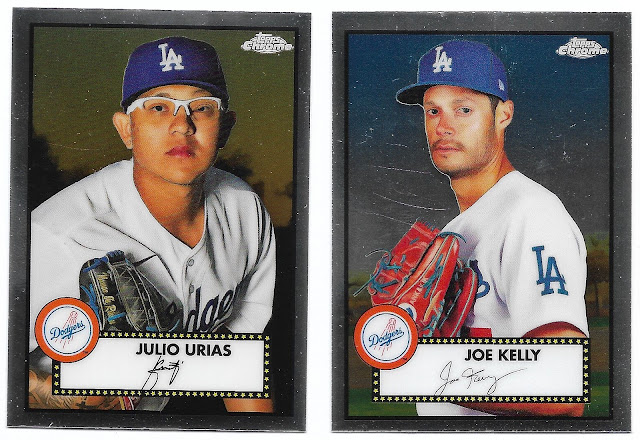 i probably should have just ordered a dodger team set of 2021 topps chrome platinum anniversary. these cards are less plentiful in the wild than i expected, and the ones i do find are sometimes disfigured like scratched up joe kelly there. i added one card (and a parallel at that) for the tatooine collection 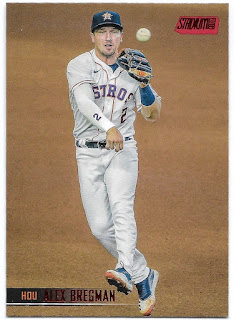 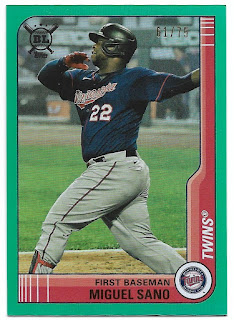 there for a dime which shows how out of favor sano fell with the home crowd.
with that initial purchase, i was in the mood to dig and found a guy with a fifty cent box. there was some stuff in there that appealed to me, and i picked out 80 cards. he gave me a bit of a break and only charged me $35. here are some highlights: 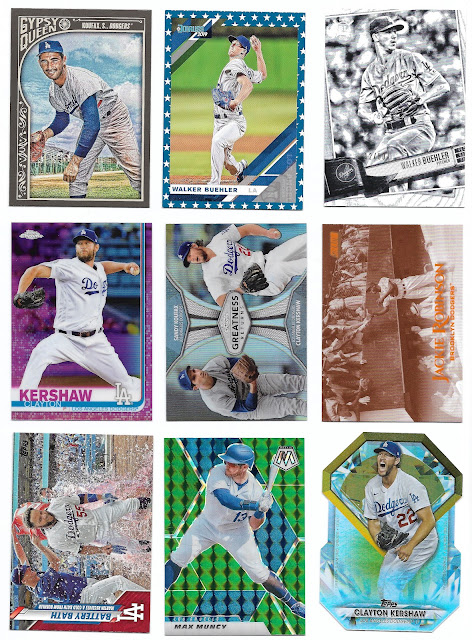 i was happy to find that short printed koufax gypsy queen card, and the black and white buehler was a nice surprise at 50 cents. 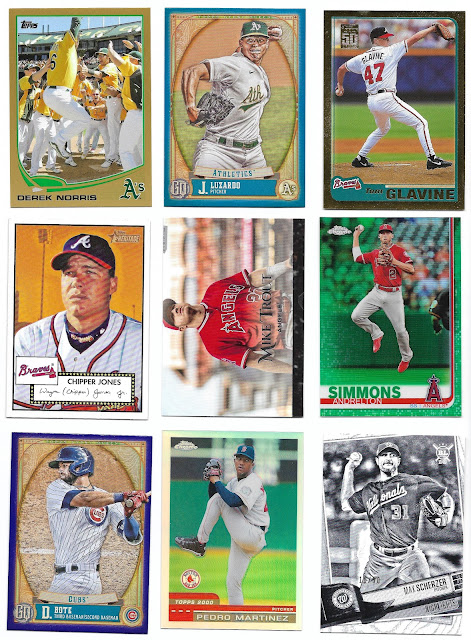 another black and white parallel, plus a 2001 topps heritage chipper for my set and a rare 2000 topps chrome refractor parallel. don't see those too often. the trout is a miscut, and those always pique my interest. 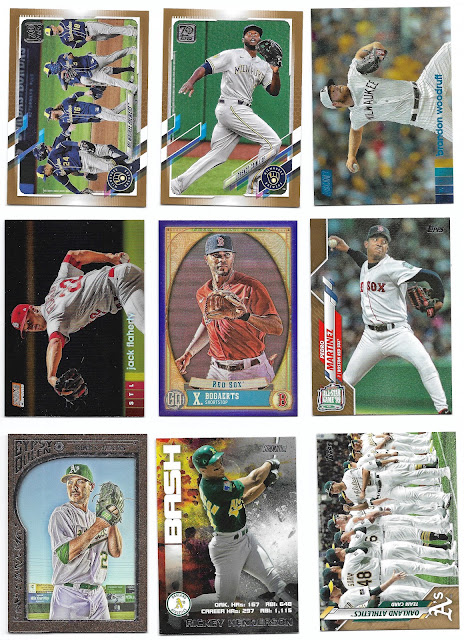 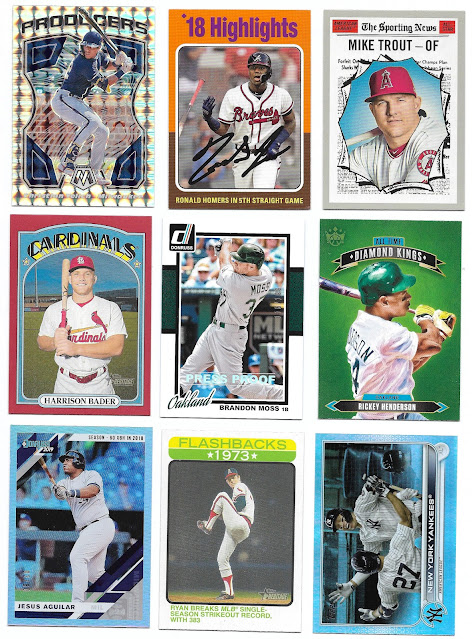 i suppose the acuna is a short print, and the heritage trout is not an insert, but he other seven qualify as inserts.  also, kudos to this guy's wife who was hanging out with him and held her own with a couple of buyers who i think were looking to take advantage when he stepped away and left her in charge. i've seen a few older couples at the local shows, but this was a younger couple - younger to me, anyway (think early 30's).
next up was a guy with a bunch of football and basketball on display but a smaller baseball bargain box in the back of his setup. i had to work my way almost behind his table to check it out, but it was worth it as i found 25 cards for six bucks, including these nine 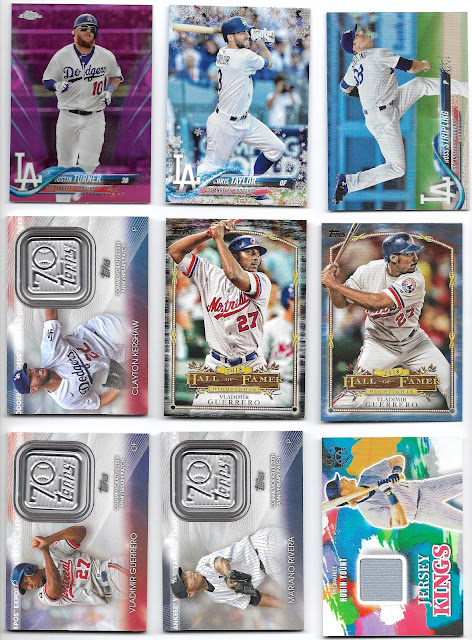 turns out i had the vladdy manurelic already. oh well, it was only a buck. the chris taylor card is a metallic snowflake parallel, and the ross stripling card is a rainbow foil.
the final stop i made was at a table in the middle of the gymnasium. up to this point i had wandered around the perimeter, but there was a gap across the center of the floor with tables on either side as well. i found a couple of well stocked six for a dollar cards, and wound up pulling 90 cards for a total of $15 although it took the seller a bit to figure out the math. that's always fun. anyway, it was more of the same - some dodgers 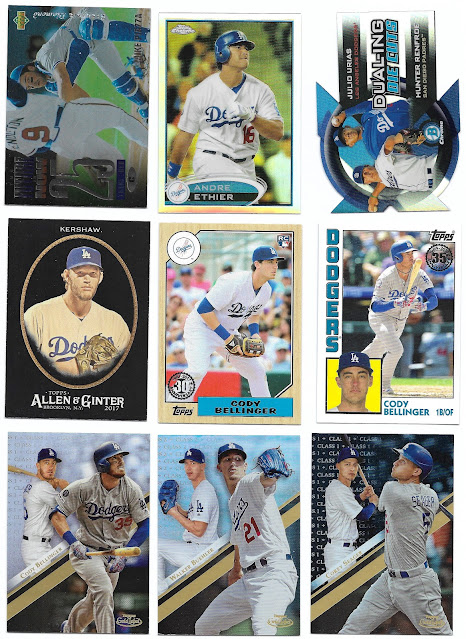 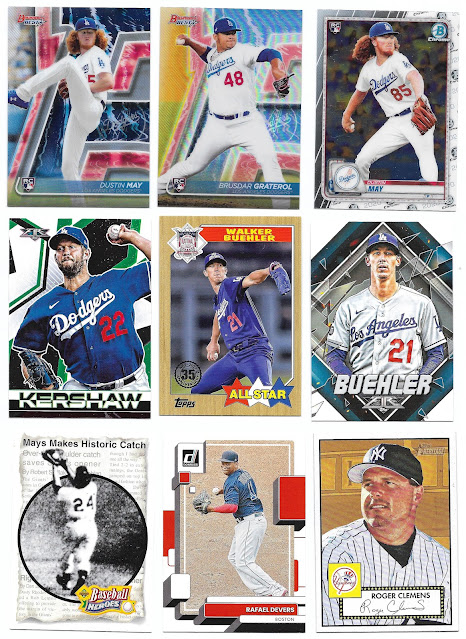 it's always nice to find some bowman's best dodger rookies. i don't see those too often. the bottom three cards are for my name/number on the back mini-collection (i will take any and all cards showing "the catch"), my tatooine mini-collection, and my 2001 topps heritage set chase. a big name short print for 17 cents is a great deal! 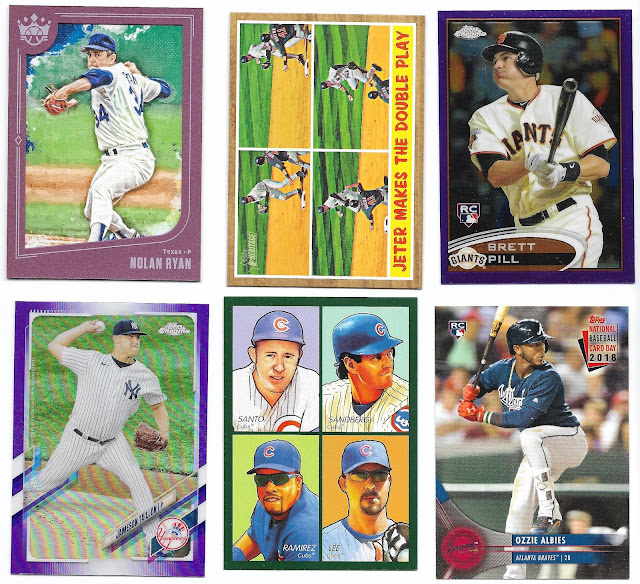 i will rarely pass up jeter cards in these boxes, even if they are base. 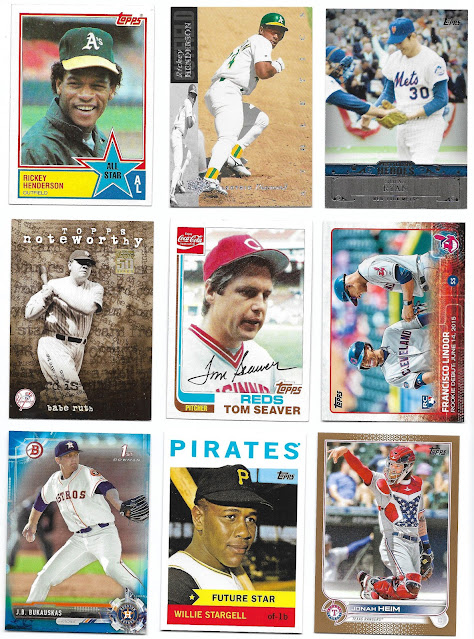 same goes for rickey cards. at some point i think someone was collecting parallels of that 2022 topps jonah heim card, but i don't recall who it was. i have a gold parallel of it if they are interested. 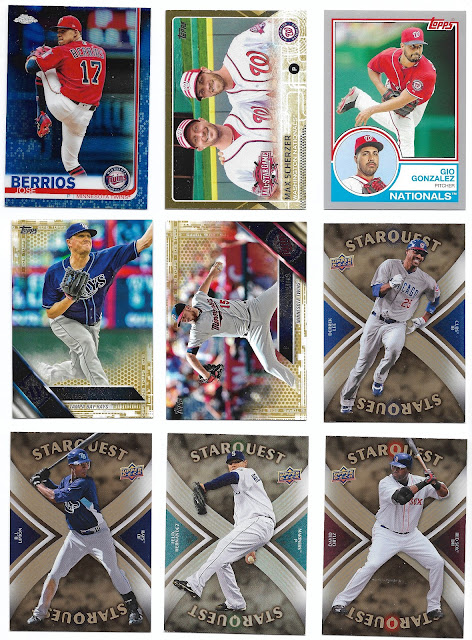 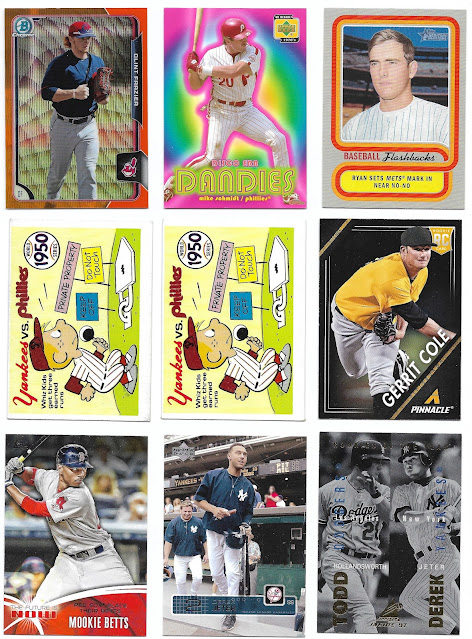 i know it doesn't have the "rc" logo, but finding a 2014 mookie betts card in a bargain box is not a bad thing. as always, i enjoyed browsing and digging through a few boxes. i did miss looking for vintage deals, so maybe i need to find another set to chase. we will see.
and i lied. i did do some black friday sale shopping on comc. i threw down 80 bucks primarily to land a card i had been watching for a while, but i wound up with enough cards to get the shipping for free deal. i should see my cards just before christmas so you'll have to wait until then to see what i picked up.
Posted by gcrl at 6:55 PM