some new final tributes for my collection

the hall of fame induction ceremony was postponed for 2020, but i figured i would go ahead and share some relevant final tributes that i added to my collection earlier this year after the ballots were counted. 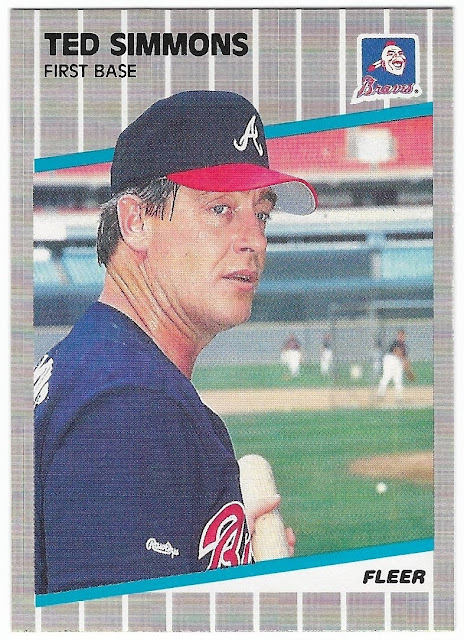 with almost all of his yearly stats on the back 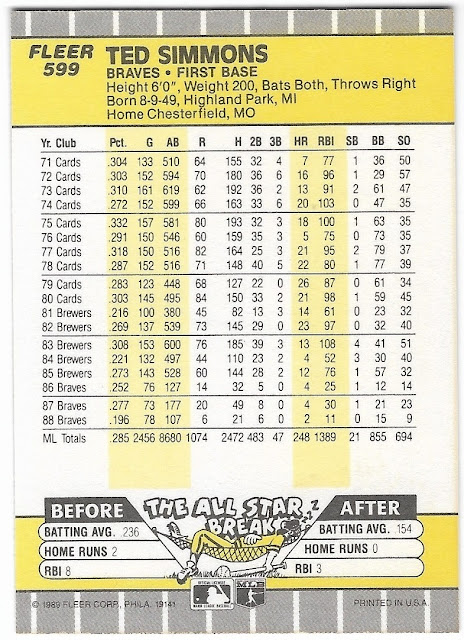 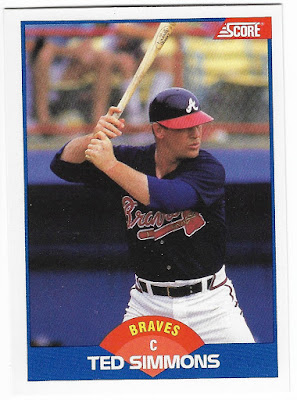 which has become the sneaky late-80's go to for final tributes (steve garvey, phil niekro, don sutton, mario soto, etc). and they came through with all of the yearly stat lines on the back! 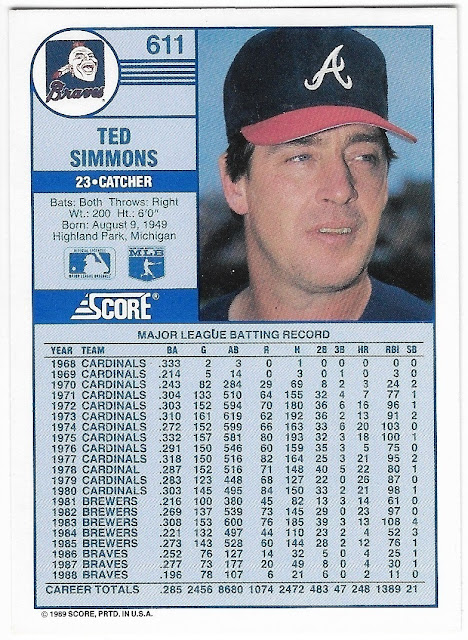 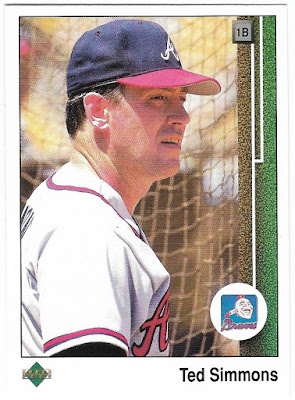 with just five years of stats, but a huge card number. 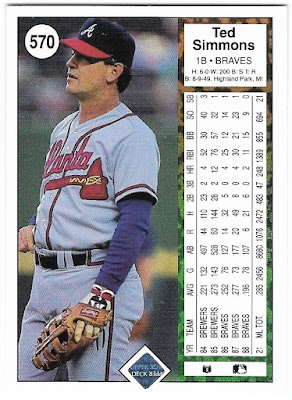 in fact, simmons looks like he's annoyed by the card number. that was one of the tenets of upper deck's design, as one of the guys who started the card company was tired of looking at little numbers on the backs of cards.

the other hall of fame inductee that i didn't already have in my final tribute collection is larry walker. derek jeter's 2015 topps card has been in my ft binder since it was released. as for walker, i did have a pc of him back in the 90's, but i pretty much abandoned those in 2002 so i had to go through some boxes to see if i had any of his 2006 cards.  turns out, i did not. thanks to sportlots, however, i do now.  here's his 2006 upper deck first pitch card 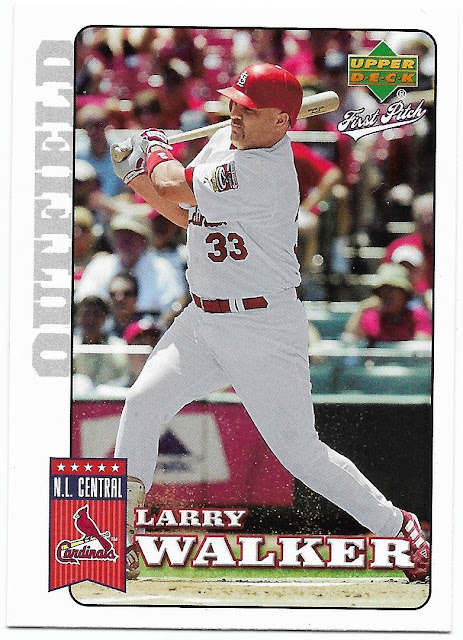 which features most of his yearly stats on the back 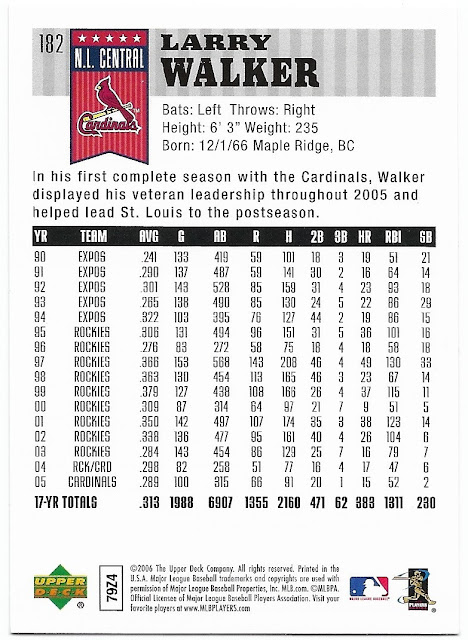 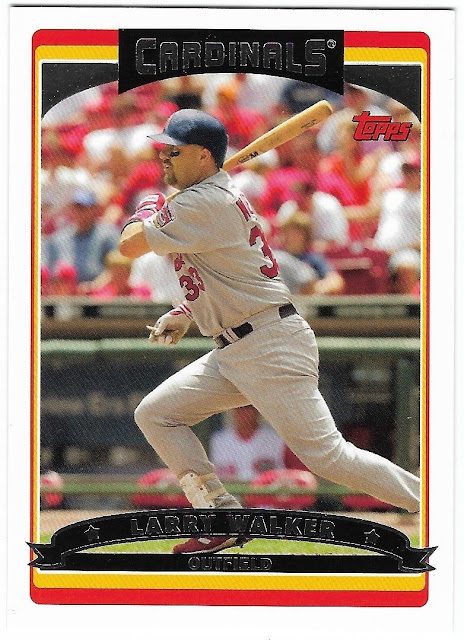 which provides a subtle broken bat photo on the front, and all of his stats on the back 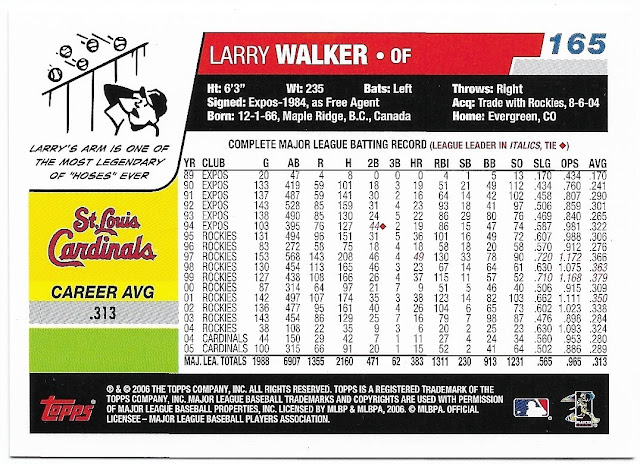 the cartoon gives us the joy of the word "hose". i worked with a guy back in the early 1990's who was from lebanon and thought that the word hose, in some of its other uses, was just the best. he used that word as often as he could.

anyway, congrats to jeets and simmons and walker. it will be interesting to see if anyone joins them in 2021 as the first ballot crop is not strong. could it be the year for barry bonds, roger clemens, or curt schilling? i kind of hope so (for two of those guys anyway), although all three are already in my final tribute collection. 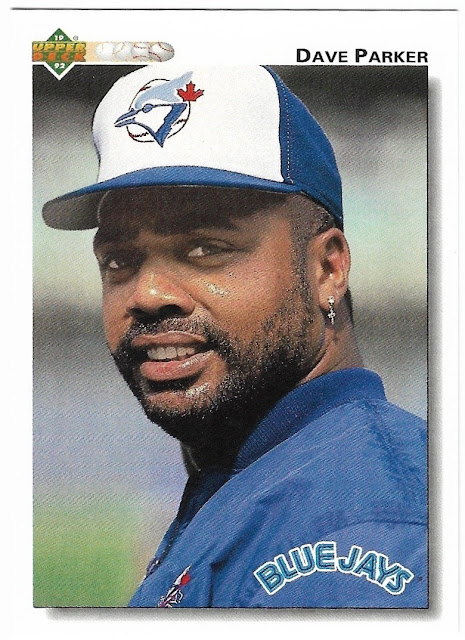 with his career totals but only five years worth of stat lines on the back: 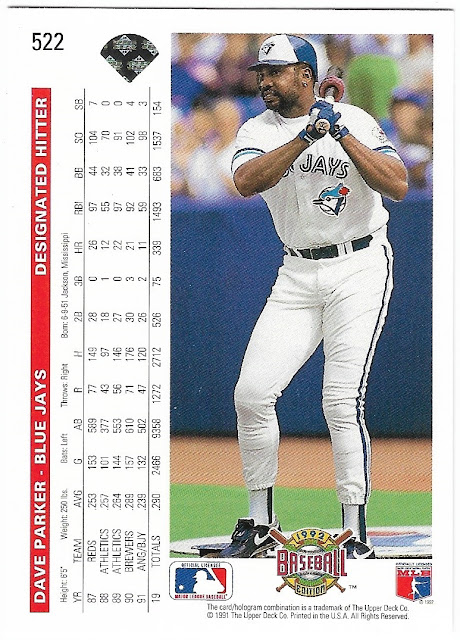 it looks like the cobra returned to the donut bat weight after using a sledgehammer in the on-deck circle earlier in the 1991 season with the angels as documented on his 1991 upper deck high number card.

dale murphy tragically does not have any cards from 1994 that would fully document his two-time mvp winning career, but i did add another of my favorite players from that era to the final tribute collection. that would be my first favorite non-dodger, don baylor.  baylor received cards from upper deck, 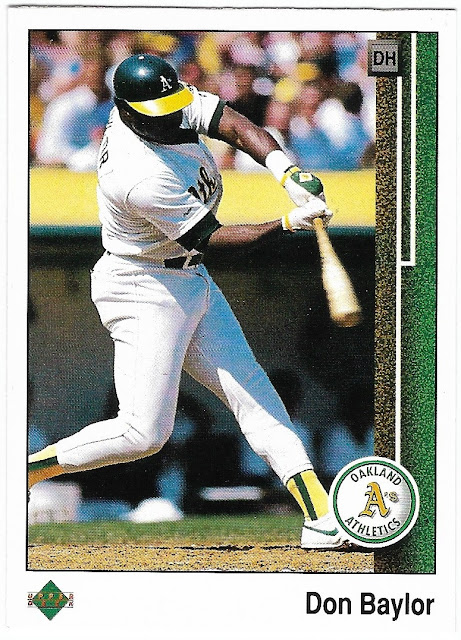 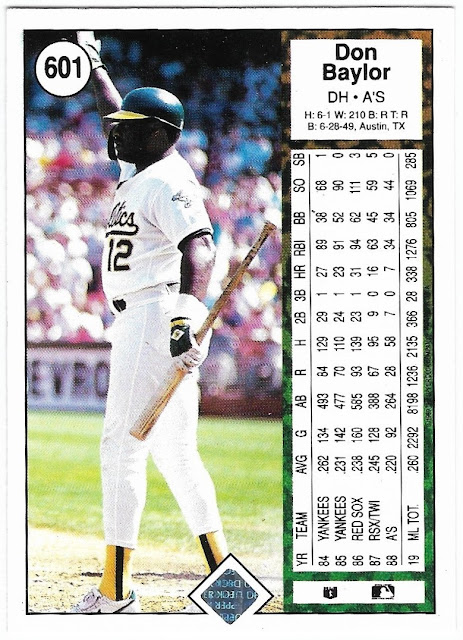 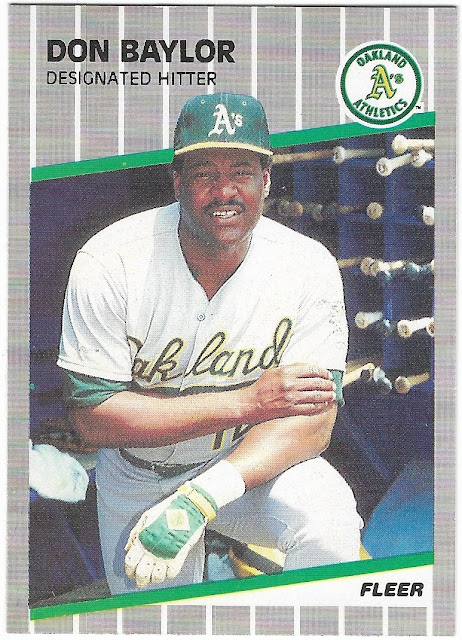 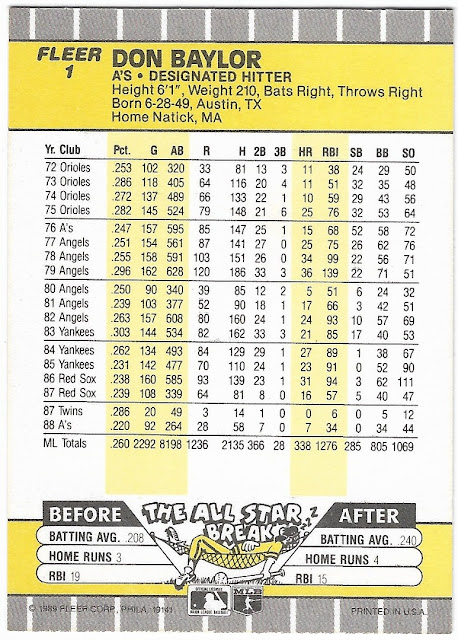 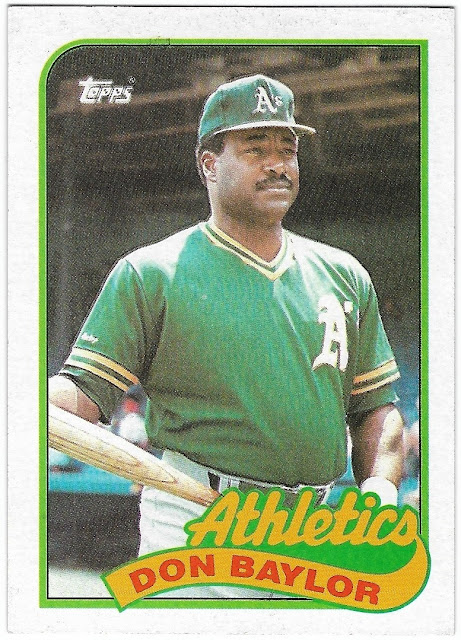 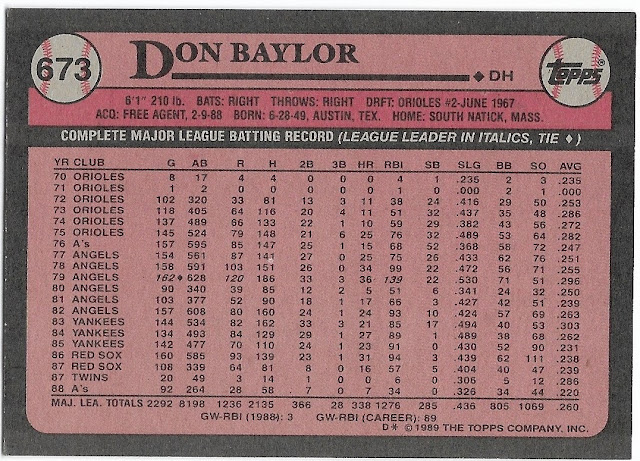 with topps being the clear winner by showing baylor's entire year-by-year stats on the back. that is how you do a final tribute! topps didn't put stolen bases on the backs of the 1978 set, so i don't recall when it was that i discovered that baylor had stolen 52 bases in 1976. i thought of him as a slugger not a speedster, so it was cool to find out that he had been close to the 30-30 level a couple of times.

so far this year, topps has given us an ichiro final tribute (although it was a photo variation short print in series 1 and again in series 2) and a cc sabathia card in heritage. curtis granderson got a card in big league although it was an award winner and not a regular card with stats on the back. i am still not convinced that there will be a 2020 season, so i wonder if there are players who finished their careers in 2019 without necessarily realizing it at the time. albert pujols comes to mind, but he is signed through 2021, so he probably returns to the field at some point. time will tell, and in the meantime, i am really hoping for that 1974 design willie mays card to be a part of this year's archives release!
Posted by gcrl at 7:55 PM