here's a michael jordan card you might have missed

i used to have a pretty strong robin ventura collection. i still do, i guess, but it's been in a monster box for the last 15 years or so. he was from my neck of the woods, and was just barely older than me such that we never played against each other. anyway, i was going through that collection and stopped when i saw this card. 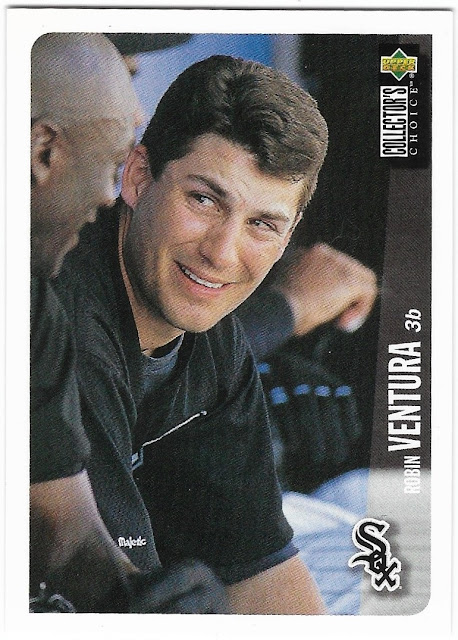 that's his 1996 upper deck collector's choice card, featuring a dugout shot of the third baseman.  the guy he is looking at also wore number 23 for a chicago team, and i am not talking about ryne sandberg. it is michael jordan, of course, making this a new addition to my lurker collection.
there's currently no premium on this card, but i would think this would be a bigger deal than a couple of murderers showing up in the background of a card, right?
Posted by gcrl at 7:55 PM