the major league hero i needed

for those of you who know about the 11 card set that was distributed to some folks who turned out for the filming of "major league" in milwaukee,  you know that they are scarce and expensive and rarely come up for sale. when they do, they are almost always offered as complete, sealed, sets.

i first noticed the set when i refined my steve yeager want list. yeager played duke temple in the movie (while also serving as a tutor of sorts to tom berenger who played the catcher), and so he was featured in the set on a couple of cards.

a few months ago, a saved ebay search revealed that someone had broken up a set and was selling singles, including this beauty that i was able to land: 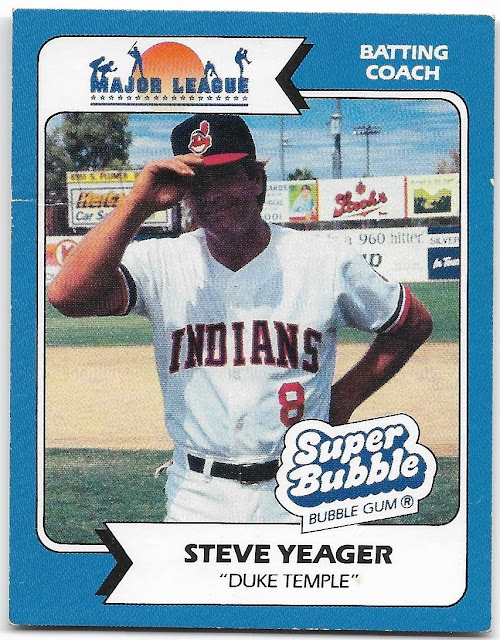 this particular seller was the hero i needed to be able to add this elusive card to my steve yeager collection.  unfortunately, i did not see the other card picturing yeager (along with andy romano and james gannon) among those for sale. still, this is a great add to my collection!
Posted by gcrl at 7:55 PM