of diamond and other kings

not sure if it was don or russ who came up with the concept of 'diamond kings' for their sophomore release, but i was happy to see the subset when opening packs back in 1982. that year, it gave me an extra card of my favorite player (steve garvey) while opening my eyes to cards that were meant to be art - as in, purposefully using aa painting as opposed to bad airbrushing trying to make an altered photograph look semi-real. remember, at that time, i had seen some stuff like the 1978 topps greg minton card. soon, fleer and upper deck were featuring art cards as part of the base set, and it was not a big deal anymore.

anyway, the diamond kings eventually became inserts and were therefore more difficult to track down. 11 years after their inaugural release, the reigning national league rookie of the year was featured, and it took me about 27 years to obtain that card. 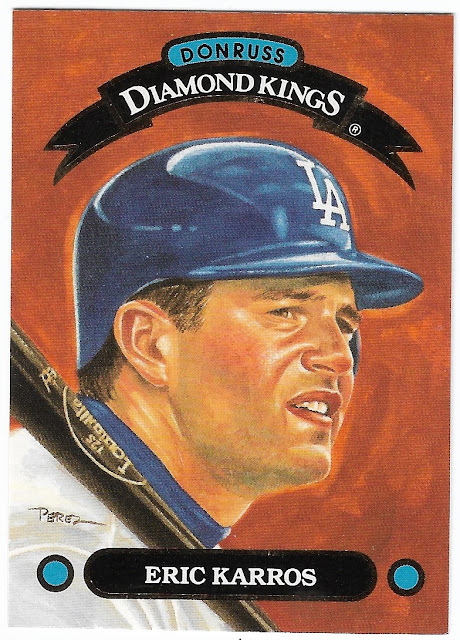 eric karros looks pained. now, i wasn't actively looking for that card until i put it on my most wanted list sometime last year, and i finally added it to a comc or sportlots order sometime later.

2005 was a big year for donruss and their diamond kings, as they issued a huge set with a ridiculous number of parallels.  here's one of steve garvey's parallels that i picked up sometime in the last few months 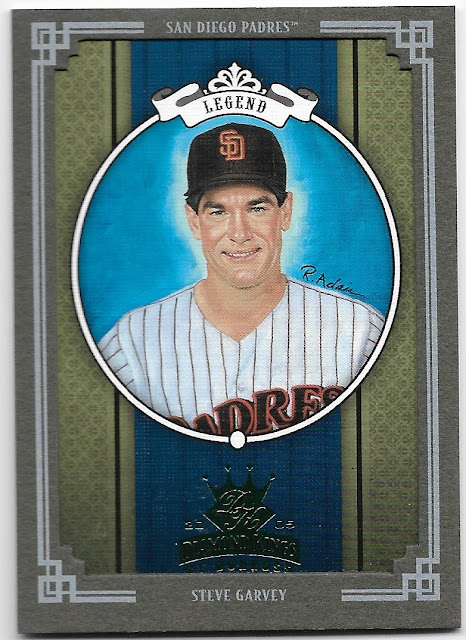 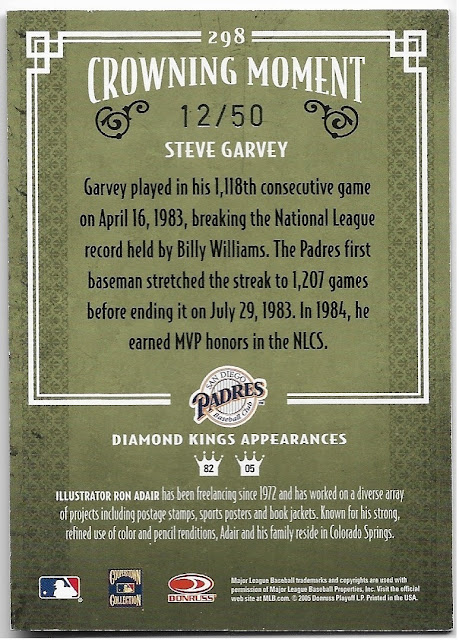 glorious text on the back as it mentions the game on april 16, 1983 wherein garvey surpassed billy williams on the all-time consecutive games played list. yours truly was at that game, and i've recently been putting together my "games i've attended" mini-collection. so, you will see more about that game in a future post.

over the last few years, panini has continued the diamond kings brand, and in each of the last two releases, they've included steve garvey on their checklist.  unfortunately, they are limited in their print runs, and in 2019, his cards were of the redemption variety.  i was able to secure three redemptions for two different print runs; the purple, numbered to 10 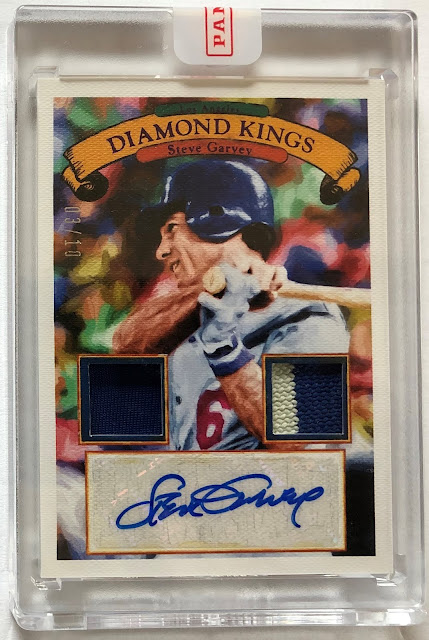 and the holo blue, numbered to 25 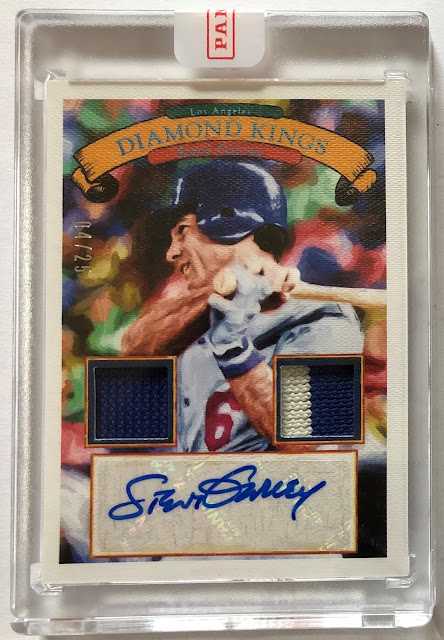 the checklist also notes that there is a "base" version that is unnumbered, but i did not see any of those redemptions hit ebay. this year, the diamond king garvey cards are pack inserted, and there are only two varieties. the purple, which is numbered to 20 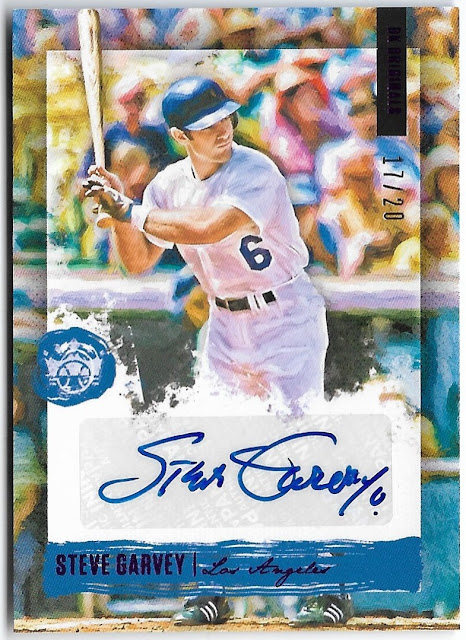 and a one-of-one.  as you can see above, i managed to pick up the purple card, but the one-of-one went to fellow garvey collector mrmopar.  congrats curt!

as the title of this post mentions, there are other kings than diamond.  case in point, here is a 2012 panini golden age steve garvey mini card that i purchased 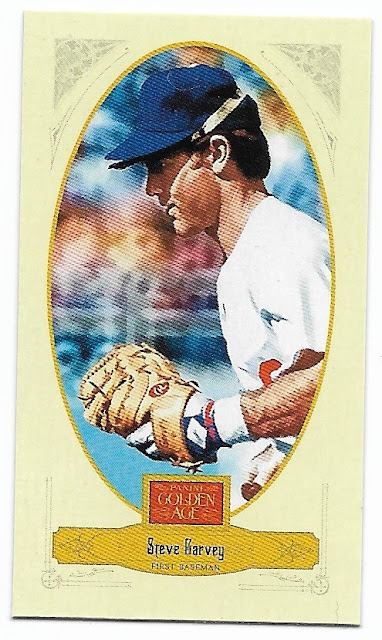 it is the fourth variant that i have, and this one is the 'ty cobb" back variation 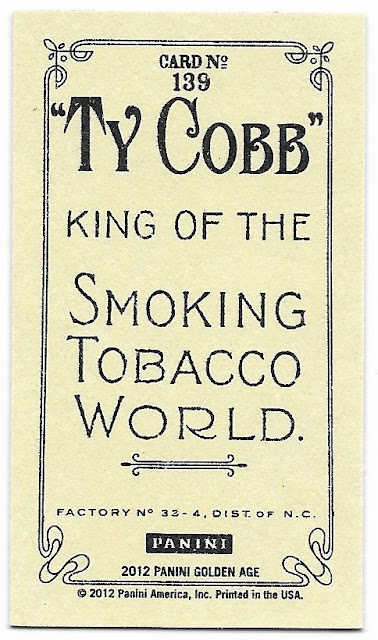 another type of diamond king to show off are some of the cards i've received in the recent 'diamond 9' giveaways at the diamond king blog!  kevin has been offering up some great cards, and i've been able to send him a few as well. 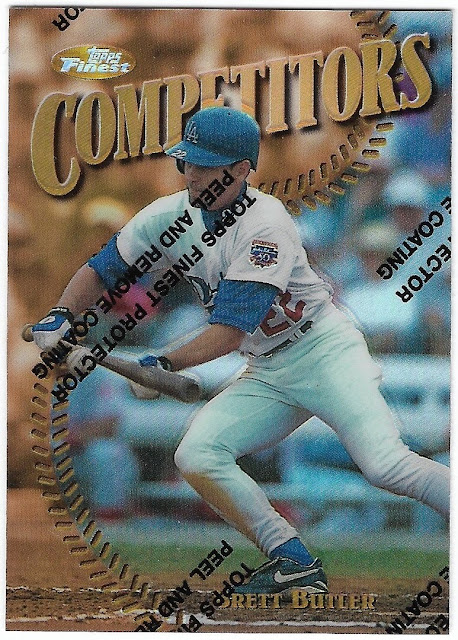 i was also able to claim a 2005 donruss champions j.d. drew parallel 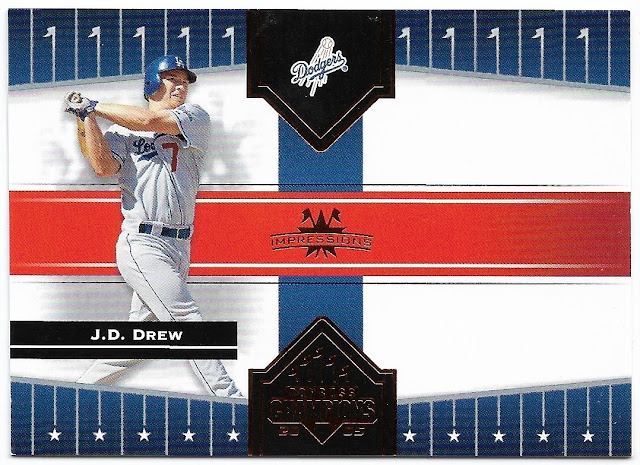 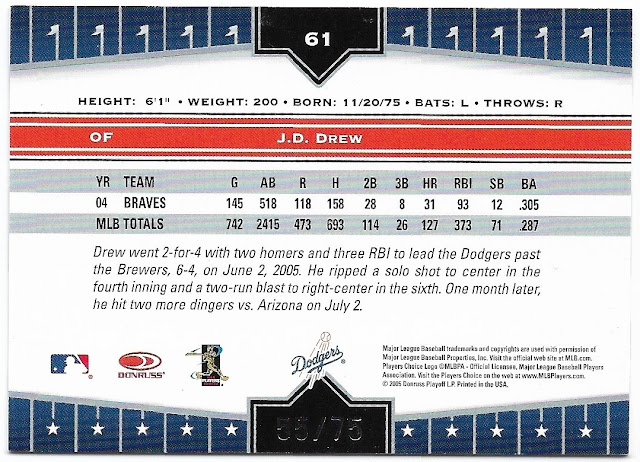 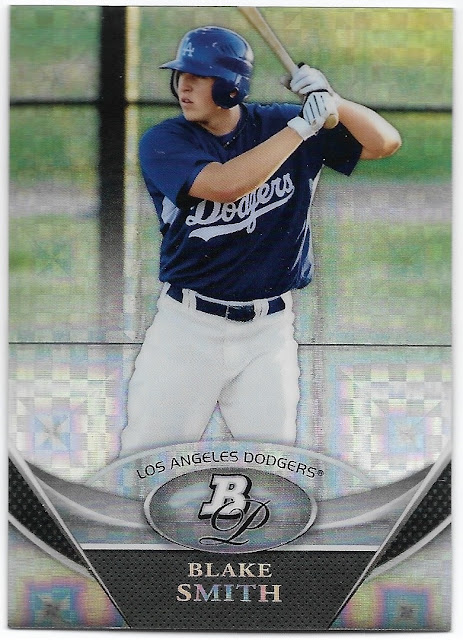 i have claimed a few non-dodgers, including a 2008 upper deck baseball heroes card featuring vladimir guerrero 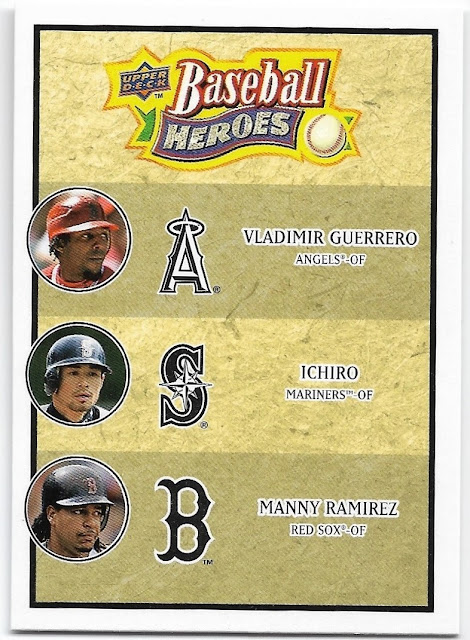 for my big daddy vladdy collection, plus a couple of braves cards.  this 2006 topps chuck james black parallel 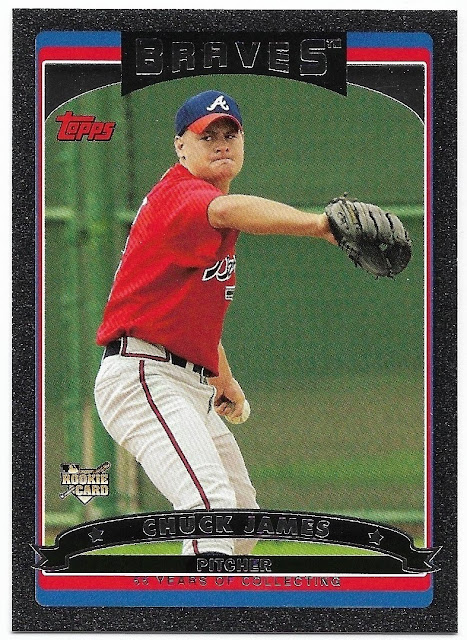 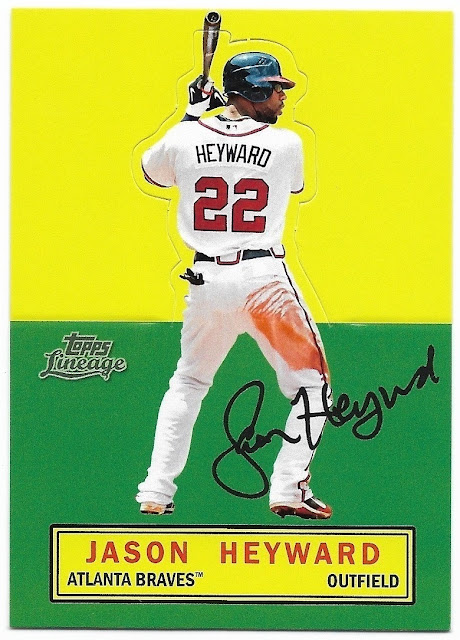 were added to a couple of trades that i've made recently that were borne out of a comment on another blog. i will have a post dedicated to those trades in the future, but it won't do the trades justice.

thanks kevin and don and russ and dick perez, and even ty cobb i suppose. kings all around!
Posted by gcrl at 7:55 PM