bruce sutter is not a mood or look

last week i showed some bruce sutter cards to illustrate my mood(s) and look(s) since i've been under work from home and shelter-in-place orders. 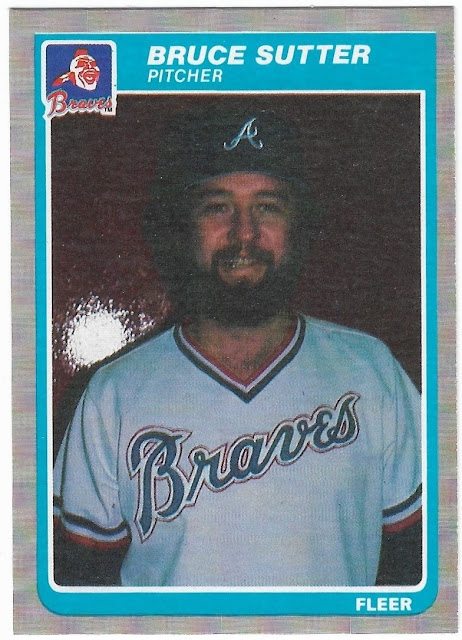 it's from 1985 fleer update and features one of the first cards i ever saw of sutter as a member of the atlanta braves.  it is a terrible picture fleer used, and it reminds me of a proof-of-life photo taken in an underground bunker where he would have been held for ransom had he been kidnapped.  all that's missing is the local newspaper. or, perhaps if he were a doomsday prepper waiting out the pandemic in his underground bunker, but wanted to let his teammates know he was ok.

like i said last week, i've shaved and so no longer look as facially hirsute as sutter. and, my basement is a walk-out so there is plenty of natural light, so this card in no way reflects my current status.  it is just so empirically bad that it had to be shared.
Posted by gcrl at 7:55 PM