today was supposed to be opening day for the 2020 major league baseball season. unfortunately, the season has been postponed indefinitely, and the stadiums are empty.  empty like the left field pavilion at dodger stadium behind kazuhisa ishii on this 2002 fleer focus jersey edition card 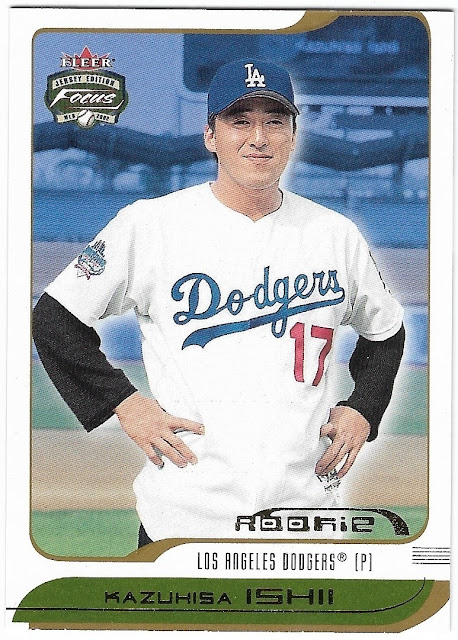 ishii is posing following a pre-season press conference at chavez ravine that formally introduced him to the masses as a dodger. 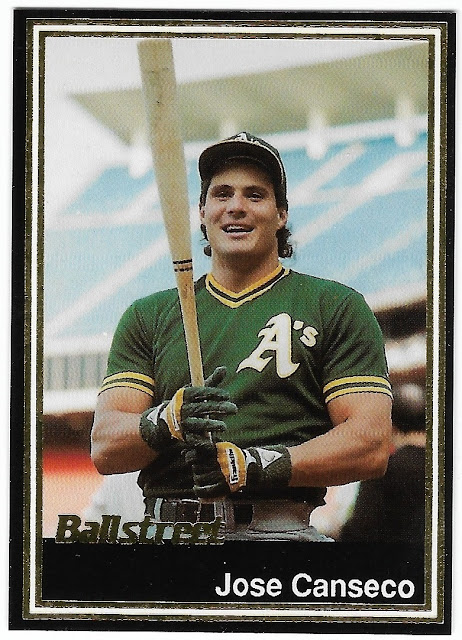 although there are at least a couple of people behind him on the field. this photo was taken before either game 1 or game 2 of the 1988 world series, which brings back some good memories for me.

you probably recall that the orioles hosted the rays in a game played in an empty camden yards back in 2015 as a result of civil unrest following the funeral of freddie gray, a 25-year old black man who died after being injured while in police custody. that was a game that followed the postponement of the first two games in the series. however, there are no plans that i am aware of to proceed with any slate of games in 2020 without fans.

since it is opening day, here are a few cards from this year's topps opening day set that i am happy to have in my collection. 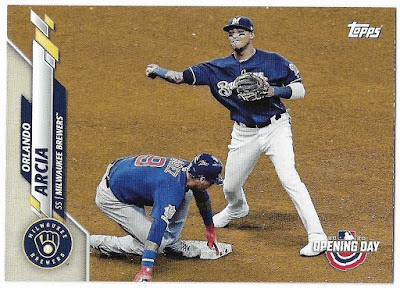 and a normal double play turn courtesy of carlos correa 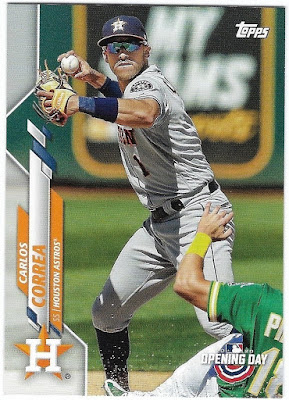 plus two of the cards that i really wanted from this set, and i am happy to have them in hand! 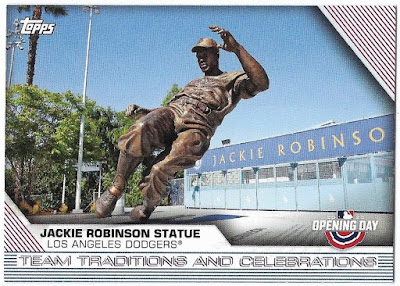 or is it "jackie robinso"? odd bit of photo cropping there by topps, but i am glad that they included the dodgers in this insert set this year! 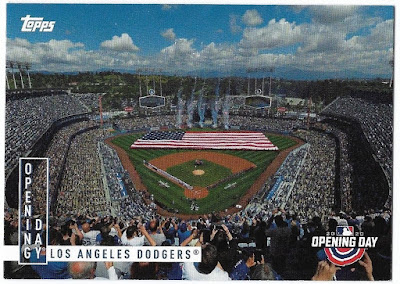 full of fans! can't wait for that to be the case again!
Posted by gcrl at 7:55 PM