o brother, who art thou?

sometime after he announced his retirement, i went looking for a certified joe mauer autographed card.  i have his autograph on a few items already, thanks to several in person sessions that i was able to attend throughout his career, as well as one private signing that netted me a couple of pretty cool items for free (it's a long story).

i wound up grabbing a 2004 upper deck sweet spot signatures card for a song. 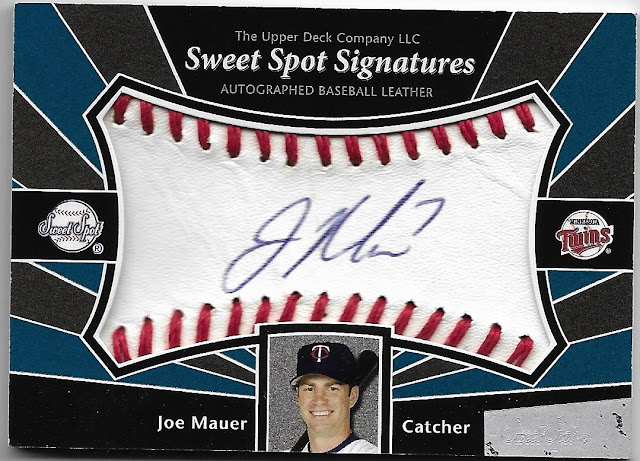 the card itself has issues - edge chipping and surface marks on the foil - but the signature is solid.  however, the photo is all wrong.  that's not joe mauer.

mauer - the first overall pick of the 2001 draft - made his big league debut on opening day 2004 (a game that i attended at the metrodome sixteen years ago today!) but he got hurt a couple of games later and missed a significant amount of time that year.  meanwhile, his brother jake (also drafted by the twins in 2001) was playing in double-a in 2004.  both brothers were at spring training in fort myers, and here is joe's official team photo from that year: 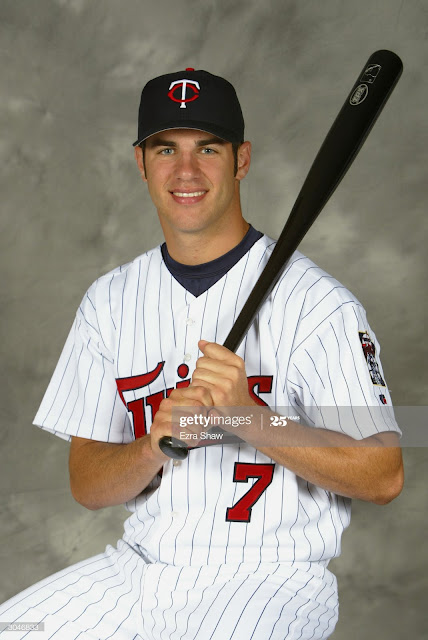 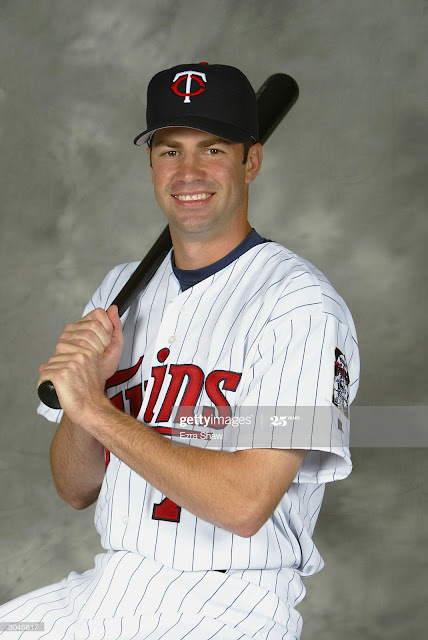 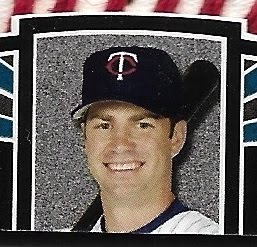 this is probably old news to collectors, but i was surprised to see the mix up when the card arrived (i hadn't looked closely enough to see it when my bid was placed), and it reminds me of a previous instance in which i found an autographed card that confused a couple of brothers.  i still have that andy/adam laroche card, and while i have since obtained another joe mauer certified auto that has been added to my hall of famer collection (i am confident he will make it once he is eligible), i'm keeping this one, too. maybe a new mini-collection? anyone know of some molina brothers autographed card hijinks?
Posted by gcrl at 7:55 PM