cards for christmas, but not the ones i expected

it's late january, so i may as well get this post up. i've been holding off in hopes that my secret santa cards would eventually show up, but it looks like the grinch prevailed this year. this is not a reflection on jon, who courageously hosted this endeavor again in 2019, but rather on the person who signed up, assumedly accepted cards from another, but failed to do their part.

still, i did receive some cards around the holidays, including some nice ones from kerry at cards on cards 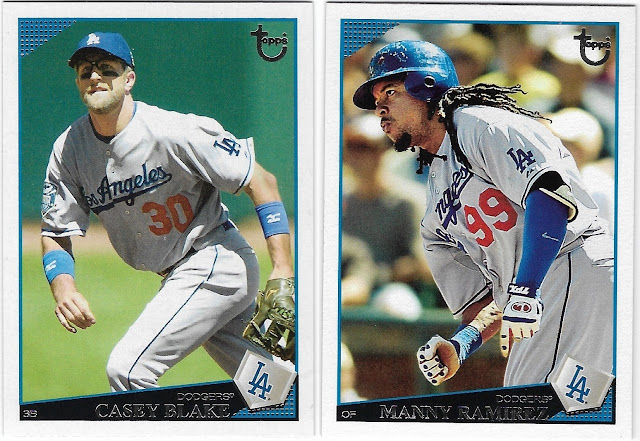 those are some target throwback parallels of casey blake and manny ramirez from 2009 topps. it is a little weird that it has been so long since manny tore up the national league for the dodgers. 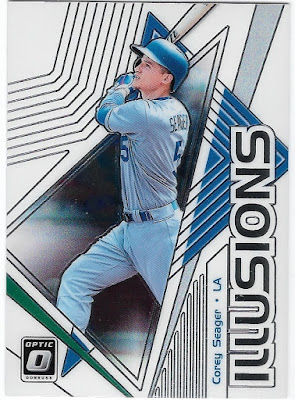 with the dodgers having shown interest in francisco lindor this offseason, it will be interesting to see what kind of year seager has in 2020. 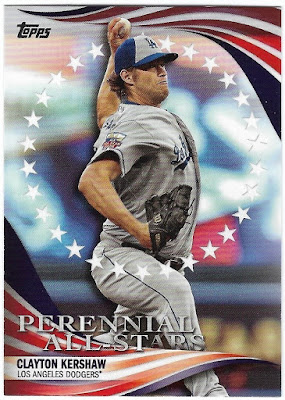 the photo here is from the 2014 all-star game at target field. 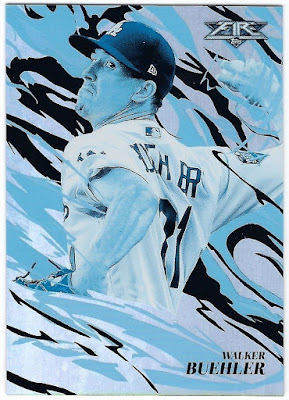 i am showing this card because it fits in nicely with some other cards i received for christmas.

santa was nice enough to put a couple of packs in my stocking, including a 2019 topps fire pack.  i did pretty well for a dodger collector, as the pack yielded this clayton kershaw en fuego blue chip parallel 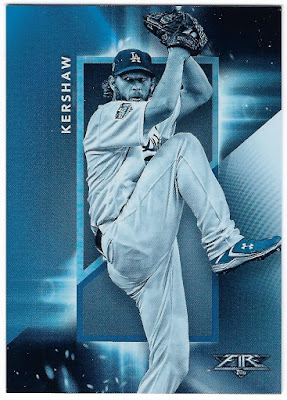 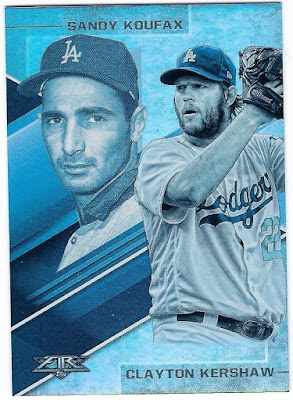 see? pretty good pack for a dodger collector. that doesn't happen to me too often.

i also received a ttm return right around christmas.  former yankee george zeber was kind enough to sign and return my 1978 topps card i had sent out four 1978 requests earlier in the fall. they were the first requests i had sent out in quite a while, as i've pretty much exhausted the list of 1978 topps subjects who sign.  every once in a while, however, i will check sportscardforum and find a recent success for a player from that set that i hadn't noticed before. such was the case with zeber. zeber had two at bats against the dodgers in the 1977 world series, but i didn't hold that against him.

finally, i will show the last card that i purchased in 2019. it showed up just before new year's. 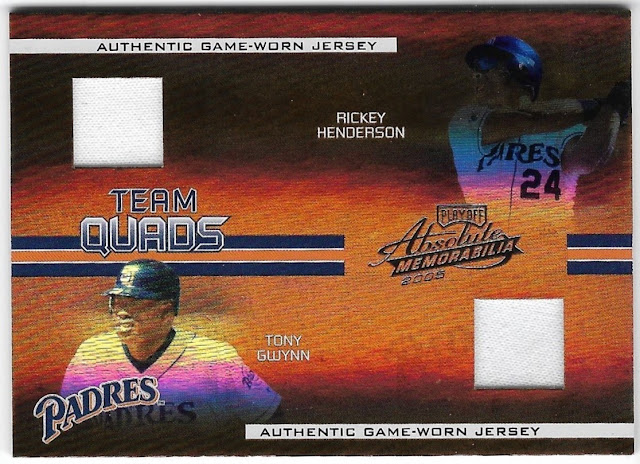 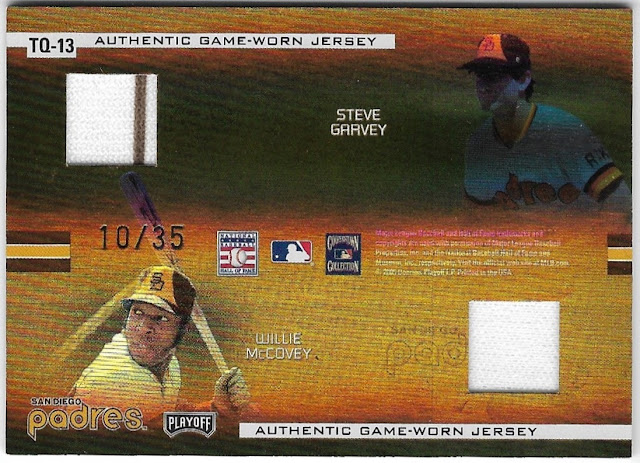 so that is a 2005 playoff absolute memorabilia padres team quads single relic spectrum card.  it goes straight to the steve garvey collection.

i've picked up a few cards so far in 2020, but am focusing primarily on the garvey collection and trying to finish my 1965 topps set. happy belated new year, everybody!
Posted by gcrl at 7:55 PM