when update is released each year, i know that i will find a number of cards for my various mini-collections. or, at least there will be some for my memorial patch mini-collection, as the all-star patches move those sorts of things to a different spot on the uniform, and we all know that update these days is chock full of all-star cards.  i won't be showing any of those cards in this post, however, but there were still a lot of cards to add to my other mini-collections.

case in point is this legends variation card of willie mays 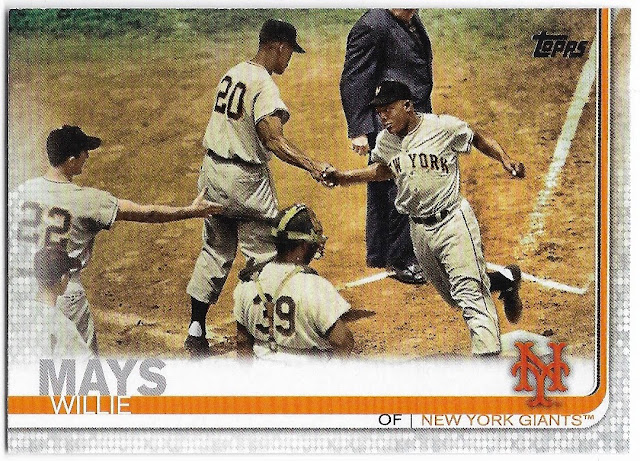 this card goes in to my 'lurker' mini-collection, as roy campanella is bearing witness to mays crossing home plate.  and look, there's will clark! no, number 22 for the giants back then was don mueller. and check out monte irvin's arms - nothing but muscle!  i figure that this photo is likely from april 24, 1955 when mays took don newcombe deep at ebbetts field (he's wearing the giants' away uniform). irvin was batting behind mays, and mueller scored on the dinger.

update also came through with some cards featuring dodger stadium in the background. next year's version should have a lot more, as the midsummer classic will be back in chavez ravine for the first time since 1980. i am most definitely looking forward to 2020 update!  anyway, here's joe kelly pitching at night in dodger stadium: 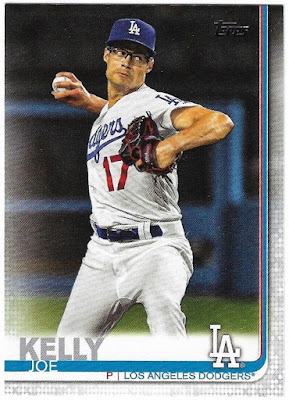 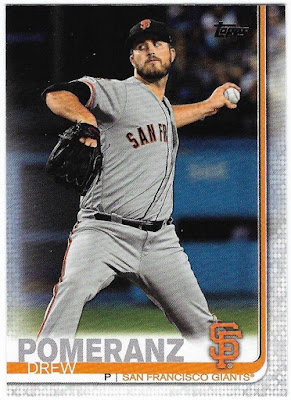 peter lambert is there during the day: 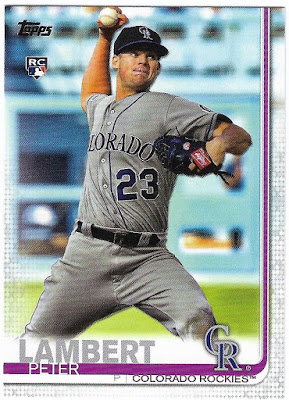 as is christian yelich: 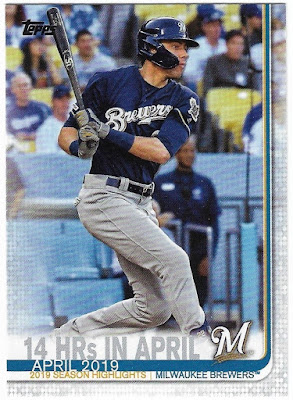 and it's looking like twilight on cole tucker's card: 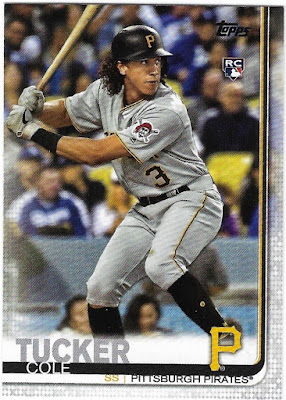 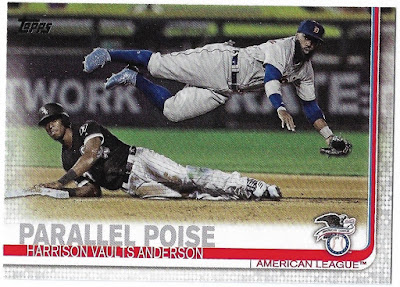 i didn't bother to scan the back, but harrison's relay was too late to get the second out at first base. i find this card a tick better than the old 'classic combos' cards that were in topps releases circa 2008. still pretty random.

there are some other double plays in the set, like this one on tommy lastella's card:

as well as that of his teammate, luis rengifo 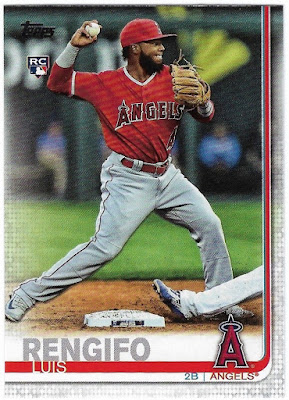 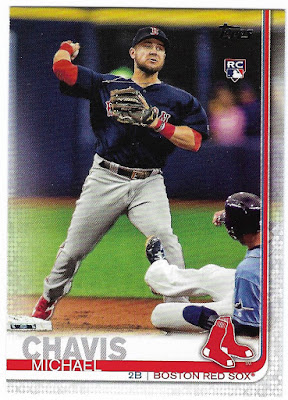 in addition to update, i've also added some other cards to my mini-collections recently.

for example, i picked up this card from 2019 topps archives 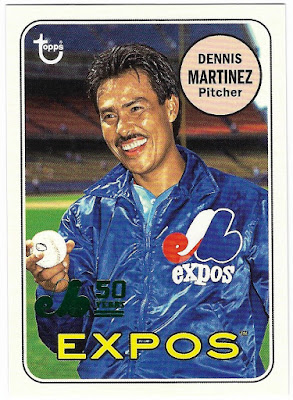 because dennis martinez is standing in dodger stadium after his perfect game on july 28, 1991. the other thing i remember about that weekend is that martinez's teammate, mark gardner, had also no-hit the dodgers through 9 innings two days prior, but the expos failed to score. the dodgers got three straight hits in the bottom of the 10th to win the game, 1-0.  such is baseball.

also from archives is this brandon crawford double play turn. 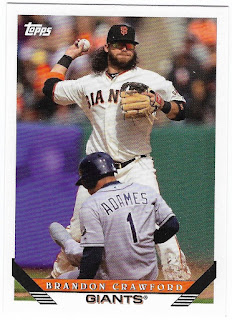 another giants card i am glad to have in my collection.

a couple weeks ago brian from highly subjective completely arbitrary gave me some cards when we met up at a card show. he included a couple of double play turns that were new to me from 1994 topps stadium club - bret barberie 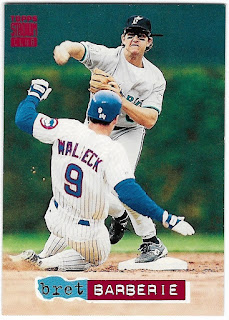 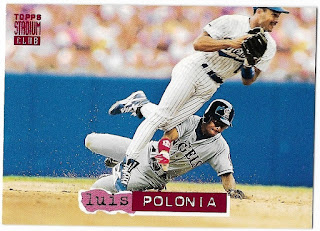 looks like polonia was successful in breaking up the dp. 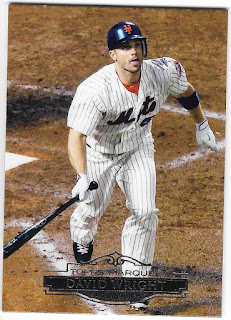 i found a few more cards at that show in the bargain boxes, including this 2011 topps udpate willie bloomquist gold parallel double play turn 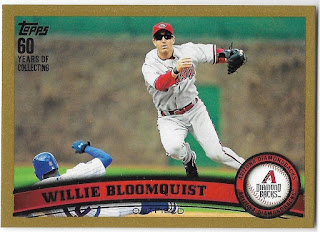 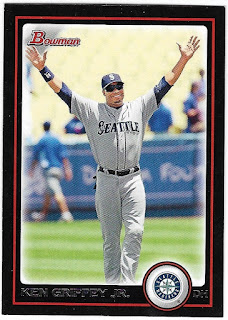 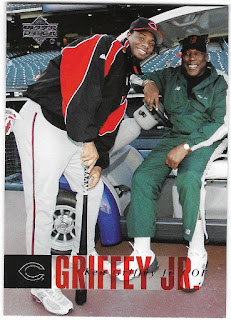 more of a cameo, actually, but it goes in my lurker collection. 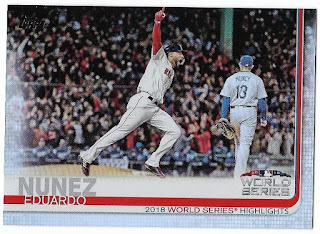 i guess i won't have to worry about seeing this sort of card in 2020 topps.  still, as i said up above, i am looking forward to 2020 update and hoping there are some good shots of dodger stadium in the background.  speaking of which, i found a couple of junk wax astros to add to my dodger stadium collection, too. a 1990 donruss steve lombardozzi and a 1992 fleer rob mallicoat: 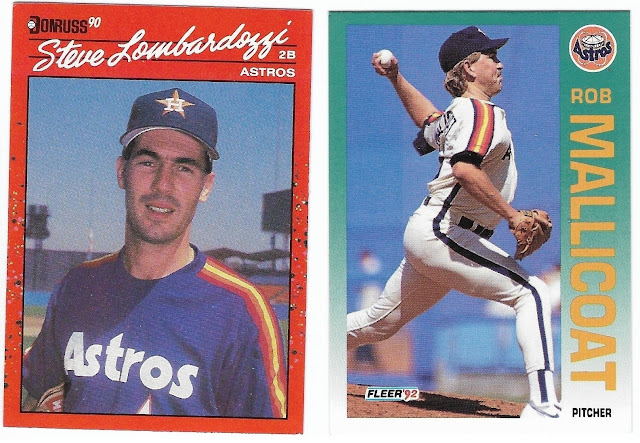 i am hoping 2020 update has more of the lombardozzi type photos and fewer of the mallicoat ones. we'll see in about 11 months.
Posted by gcrl at 7:55 PM